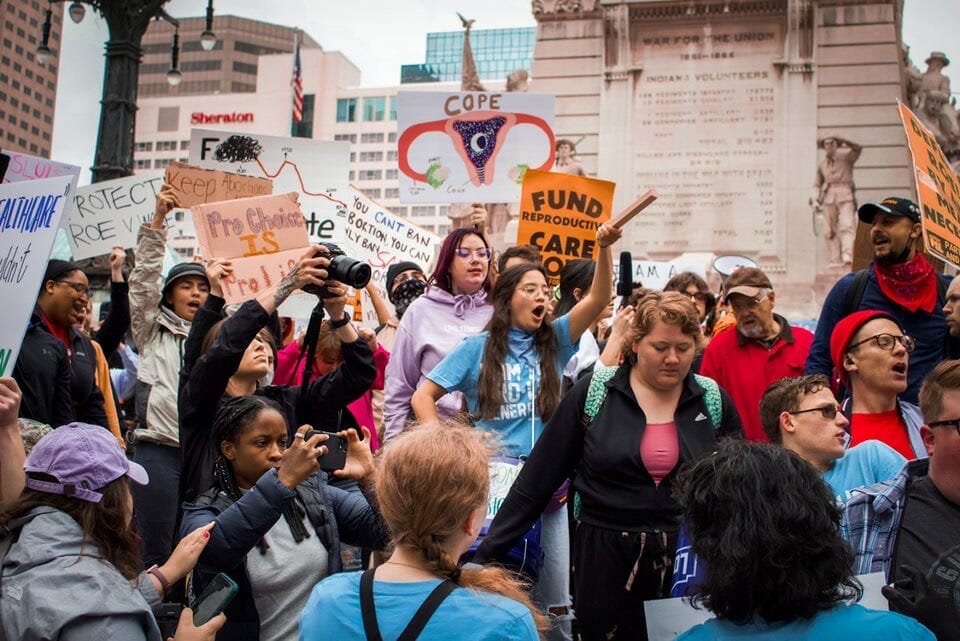 Releases Video of recent Violence against Students and Staff

“We have experienced a huge uptick in threats and violence from unhinged abortion supporters all over the country,” said Students for Life Action (SFLAction) and Students for Life of America (SFLA) president Kristan Hawkins. “We are urging our allies and all grassroots activists to take their safety and security into consideration and to have plans and strategies in place as we in the Pro-Life movement continue speaking out for the preborn in these crucial days.”

WASHINGTON, D.C. (05-11-2022) – With new threats in place from a group calling itself “Jane’s Revenge” that claims to have firebombed a Wisconsin pro-life organization, Students for Life Action/Students for Life of America President Kristan Hawkins called on the FBI today to “take seriously the clear and present danger that peaceful pro-life Americans face for simply exercising their rights to act according to their consciences, to speak freely, and to petition their government.” After conferring with SFLA attorneys, a request was filed with the FBI calling for their attention on what is becoming a crisis as the pro-abortion movement grows more threatening and ramps its typical violence up even more in the wake of the leaked Dobbs v. Jackson draft that will potentially reverse Roe v. Wade. Students for Life of America is urging pro-life advocates to remain alert and cautious as they continue mobilizing in the coming days and weeks.

JUST OUT: SFLA compiled a video montage of some of the attacks endured by peaceful pro-life advocates over the past week. Just yesterday, pro-abortion extremists claimed responsibility for the firebombing of a Wisconsin pro-life organization, writing: “We are forced to adopt the minimum military requirement for a political struggle,” saying “this was only a warning,” and that “next time,” pro-life infrastructure “will not survive.

The video compilation includes the story of  Indiana Regional Coordinator Mary Carmen Zakrajsek who was physically restrained and manhandled over the weekend by the spokesperson for Indy10 Black Lives Matter, Jessica Louise, as can be clearly seen in video. Zakrajsek writes, “She held me against my will and screamed directly in my ear before finally letting me go and pushing me away. I kept saying, ‘I have a right to be here.’”

In just the past week, pro-life advocates across the country have dealt with violence and threats of violence, and vandalism, including:

Students for Life Action (SFLAction) and Students for Life of America (SFLA) president Kristan Hawkins shared strategies the team has learned after 16 years of going head-to-head with abortion activists.

“SFLA’s main messages are: First, don’t cease your opposition. Abortion activists want to bully activists into silence; do not let them. Second, practice situational awareness – there is power in numbers. Be vigilant and alert for potentially violent or hostile opponents, and ensure you remain a safe distance from them. Third, document everything. Shedding light on the aggression and ugliness of abortion advocacy helps turn our nation towards a culture of LIFE. Documenting the lawless activity of abortion activists also helps bring perpetrators to justice. Report violence and threats of violence to the appropriate authorities immediately.”