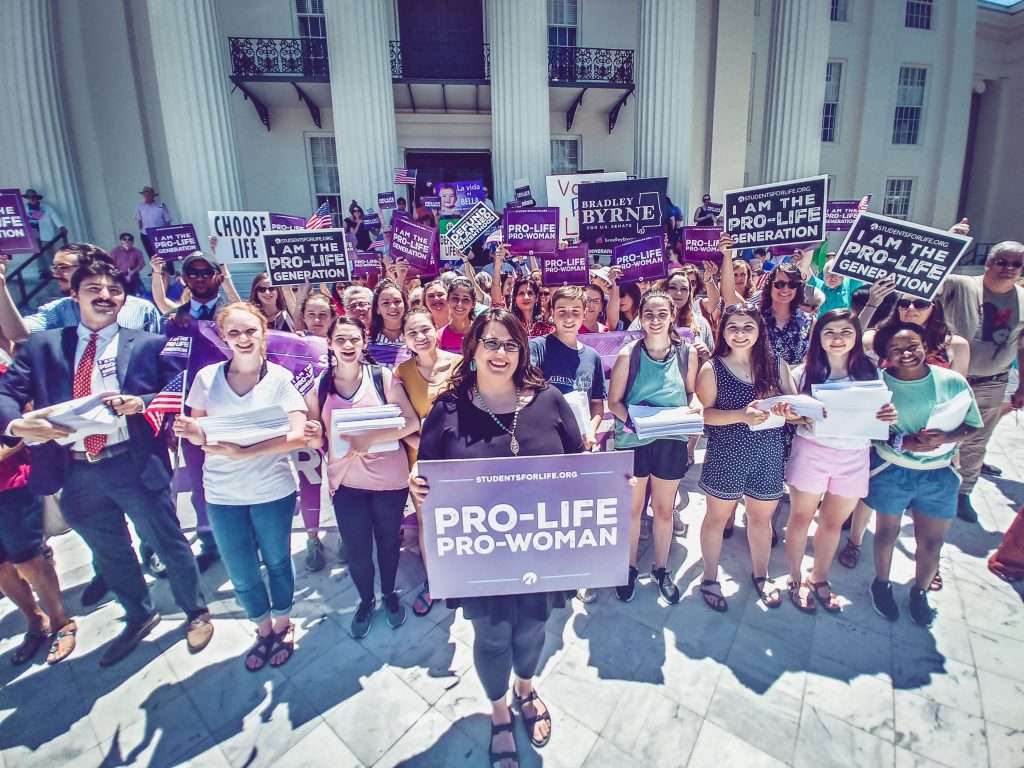 “I urge my fellow pro-life friends and my fellow Catholic friends to remain in prayer for the safety of the Justices, the safety of pro-life activists, and the wellbeing of Catholics who simply attempt to attend Mass this weekend in peace, on Mother’s Day,” said Students for Life of America president Kristan Hawkins.

WASHINGTON, D.C. (05-06-2022) – This Sunday, Mother’s Day, Catholic churches and Catholic believers will be targeted by abortion activists for the Catholic Church’s immovable and principled opposition to abortion. The protests were spurred by outrage over the Catholic Supreme Court Justices who are expected to soon vote in favor of reversing Roe v. Wade.

During the nascent years of the abortion movement, key figures such as the late Bernard Nathanson, who was a prominent abortionist prior to his conversion to pro-life values and the Catholic faith, identified the Catholic Church as a key blocker to the abortion movement’s plans to expand abortion. Nathanson’s colleague, Lawrence Lader, called the Church “a force inimical” to the pro-abortion cause. This anti-Catholic sentiment within the fledgling abortion movement was shared by Planned Parenthood founder Margaret Sanger, and seeped into the feminist movement.

The Catholic Church has always been the central target of the pro-abortion movement, because it is the one institution that is unflinchingly and unyieldingly anti-abortion. Through millennia, the Catholic Church has not budged in its teaching that the preborn child in the womb is a member of the human family with equal value and worthy of protection.

What this new generation of Handmaid’s Tale costume-wearing abortion activists will learn about the Pro-Life Generation and about the Catholic Church is that our conviction is still, decades later, immovable. Catholics honor Church teaching about God’s love for the least of these, a tenet not open for a vote no matter the changing times. Yesterday, today, and forever, preborn life is always made in the image of God. The fight against abortion is fought on all fronts – political, cultural, and, yes, spiritual. We will not be intimidated by the vitriol of opponents into supporting violence against innocent children. Instead, we pray — as we were instructed by Christ — for our enemies, and for those who persecute the innocent.

The lengths to which supporters of violence against the preborn will go to get their way are often deplorable, but not surprising. Just last week, someone from within the Supreme Court itself leaked the draft majority opinion that, if final, would reverse Roe v. Wade and its companion cases. Throughout the week, SFLA staff have been targeted by abortion supporters with vandalism and assault as they made their voices heard in defense of the preborn. Abortion supporters have targeted the private homes of Supreme Court Justices with protests in the wake of the leaked draft, and now — rather than condemning the violent and intimidating tactics of the abortion lobby, its political allies, including the President of the United States, have refused to call for nonviolence and instead have stoked the outrage.

I urge my pro-life friends and my Catholic friends to remain in prayer for the safety of the Justices, the safety of pro-life activists, and the wellbeing of Catholics who simply attempt to attend Mass this weekend in peace, on Mother’s Day.