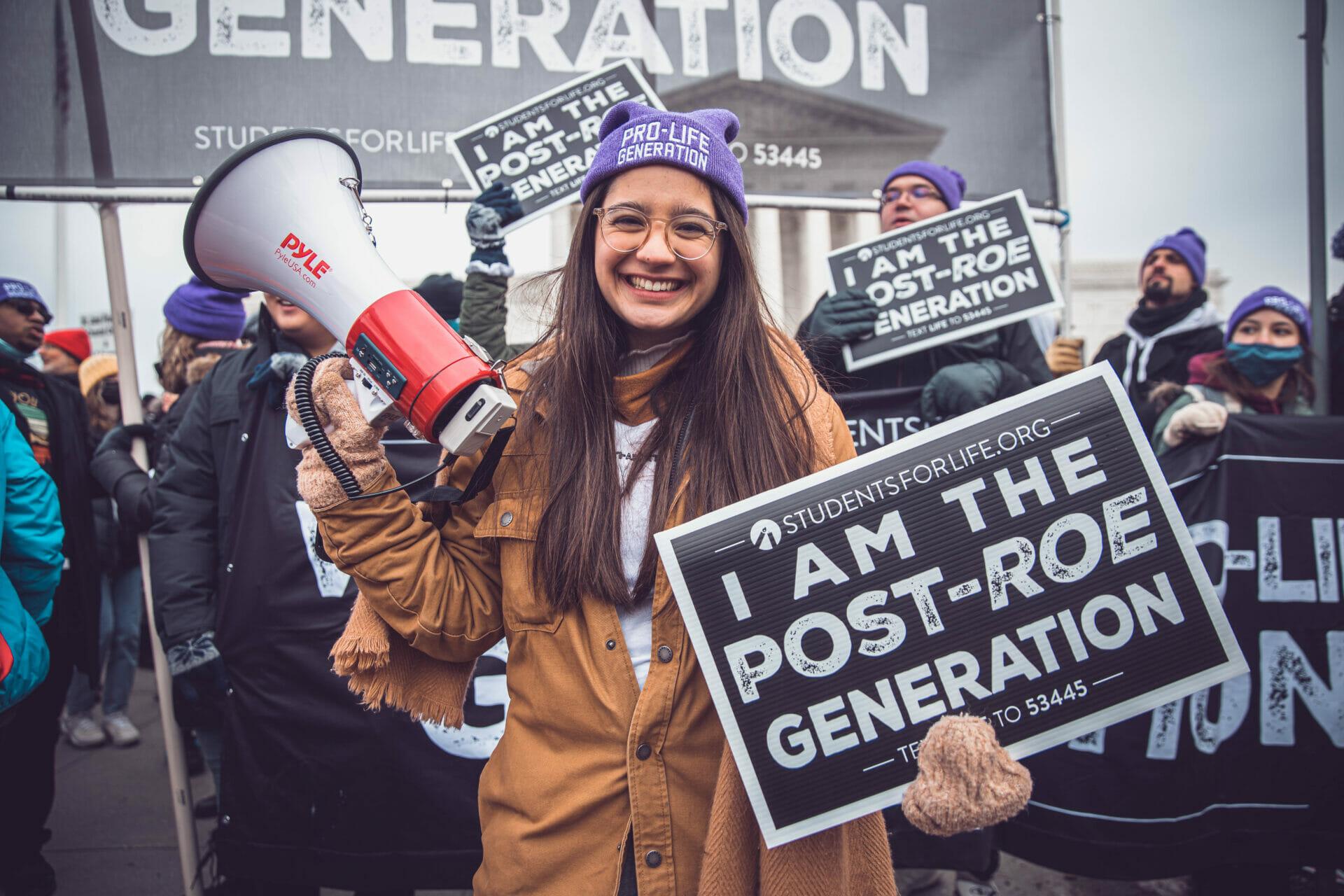 MEDIA ADVISORY: Students for Life of America team members and the Pro-Life Generation will be participating in the 2022 Virginia March for Life from 11 a.m. ET to 1 p.m. ET on Wednesday, April 27th, to support the preborn and protest the abortion industry.

“Roe v. Wade turned 49, but we won’t see it turn 50 as it is,” said Students for Life of America President Kristan Hawkins. “Students for Life of America was founded as a Post-Roe organization, ready to protect life in law and in service in all 50 states. We’ve got a post-Roe plan, and we’re training the next generation of pro-life leaders to ensure that the children who will be born will have all our support.”

RICHMOND, V.A., and WASHINGTON, D.C. (04-26-2022) – WEDNESDAY, Students for Life of America (SFLA) will be participating in the Virginia March for Life, meeting at 9:30 a.m. ET at the Family Foundation to make signs at 707 East Franklin St., Richmond VA 23219, before heading to the State Capitol in downtown Richmond to rally and march at 11 a.m. ET at 109 North 9th St., Richmond VA 23219. SFLA’s Mideast Regional Manager Stephanie Stone will be leading SFLA’s participation in the March.

SFLA and Students for Life Action (SFLAction) have been on the ground working in Virginia to support the growing state-wide pro-life efforts. Last year, SFLAction engaged in 34 targeted districts in VA out of 100 statewide races, resulting in the campaign losses of 36 pro-abortion candidates and the election of more than twenty candidates who pledged to vote 100% pro-life. SFLAction’s work included knocking on doors, making phone calls and sending text messages, and placing a five-figure TV ad to expose failed pro-abortion gubernatorial candidate, Terry McAuliffe.

FOR LIVE FOOTAGE OF OUR ENGAGEMENT IN THE EVENT, FOLLOW STUDENTS FOR LIFE OF AMERICA ON SOCIAL MEDIA.

MEDIA NOTE: Students for Life of America staff and students will be available for interview/B-Roll during their meet-up to make signs at the Family Foundation and during the March in downtown Richmond.

As SFLAction has previously noted: “Limiting abortion policy choices to the few desired by those in power is not popular with Millennials and Gen Z, now about one-third of the electorate. Recent polling by Students for Life of America’s Demetree Institute for Pro-Life Advancement indicates that ‘an astonishing 8 in 10 want to vote on abortion policy in their states – UP from 66% last year.’ In addition, ‘(w)hen considering how devalued people have been treated historically by those in power, 65% of Millennials and Gen Z did not support allowing people in power to decide who is fully human and deserving of legal rights.’”

Caroline Wharton is a graduate of the University of North Carolina who serves the Pro-Life Generation as a staff writer and communications assistant.
Adverse Diagnosis
Blog