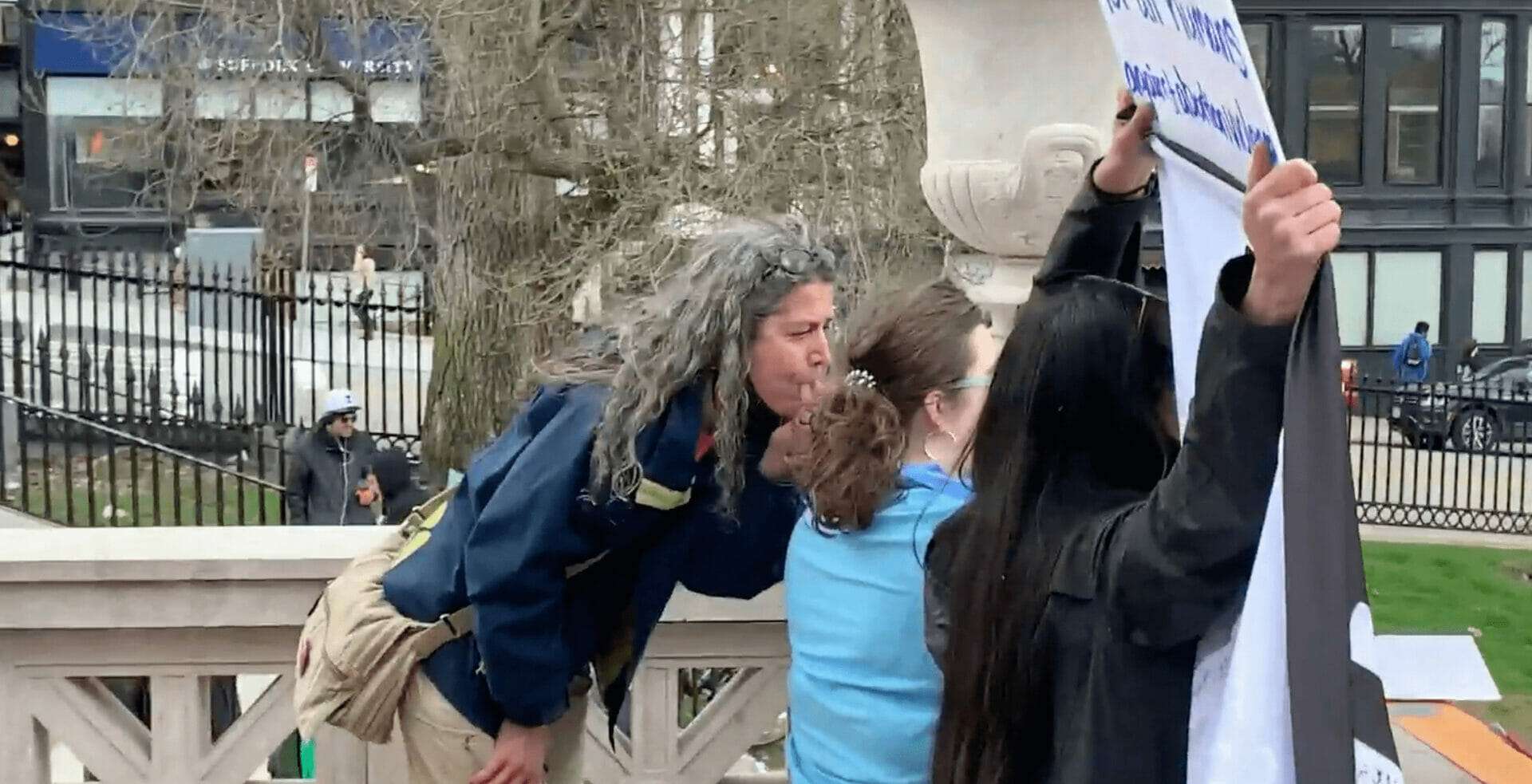 GUEST POST: Abortion hurts women. For nearly half a century, legalized abortion in the United States permitted the predatory abortion industry to prey on distressed mothers and make enormous profits off the deaths of their preborn children. Too many have been swindled by this lie, and some still believe today in the lies the abortion industry peddles.

The Pro-Life Generation knows that abortion does nothing for women–that’s why we stand for authentic women’s empowerment in a number of ways, including uniting in counterprotests in cities across the country on Saturday, April 9th 2022.

Students for Life of America joined with a group of young, pro-life women at Boston Common to counter-protest a pro-abortion rally held by a radical extremist group called Rise Up 4 Abortion Rights. We brought a number of signs promoting real women’s empowerment and a 10-foot banner which read “Equal Rights for All Women, Born & Preborn.”

It’s somewhat startling that at a rally which markets itself as feminist, we would be met with such hostility for defending equal rights for all women and authentic feminism. Within minutes of arriving, we were met with a shower of expletive statements, and one male pro-abortion protestor approached to scream in our ears, claiming that countless women would die without abortion.

Thankfully, I managed to calm him down somewhat and engage in conversation. He was unaware of facts of fetal development, such as the fact that the preborn have developed all of their organs and bodily systems by the end of the first trimester and from that point are simply growing more cells and fat until they attain a size that they’re capable of living outside the womb. While I can’t say for certain that I changed a mind, I’m confident that he stopped to think about the preborn more deeply than he would have otherwise that day.

Soon after this discussion, a woman approached our banner from behind and attempted to rip it down. She proceeded to stand in front of it, blocking the “Born & Preborn” portion of our “Equal Rights for All Women” message.

Once she saw that her standing in front of our banner was not deterring us, she scurried around us, repeatedly ripping our banner out of our hands on one side or another. She also put herself right next to a few from our group, put her fingers in her mouth, and whistled at an ear-splitting decibel within six inches of our ears. One of the young pro-life women who joined us sustained hearing damage for hours after the event. Watch the video below:

She also resorted to other forms of harassment. At one point, she told two young women from our group, “I know who you are. I know where you live.” Naturally, we threatened to call the police. Her response: to offer to call them herself.

By this point, I was gathering our group up to leave. Safety is our first priority as the Pro-Life Generation fearlessly stands for life every single day. The pro-abortion woman continued to harass us as we gathered our things. She even went as far as to follow us about 50 feet down the road, menacingly stomping and hurling insults. Thankfully, we made it out just fine.

All of that happened within the span of less than an hour.

The four of us who stood for life on Saturday are the very targets of the abortion industry – young women. We showed up to highlight the fact that the abortion industry’s target clientele rejects their violent, predatory business. We stood for those who have been deeply wounded by abortion, as well as the over two thousand who are starved, suctioned, dismembered, or poisoned to the point of death every single day in the United States. Women deserve so much better than the violence of abortion and the isolation that it brings. As the Pro-Life Generation, we will continue to promote a culture of life in which no woman stands alone and that all human beings are recognized as just that: equally human, born and preborn.