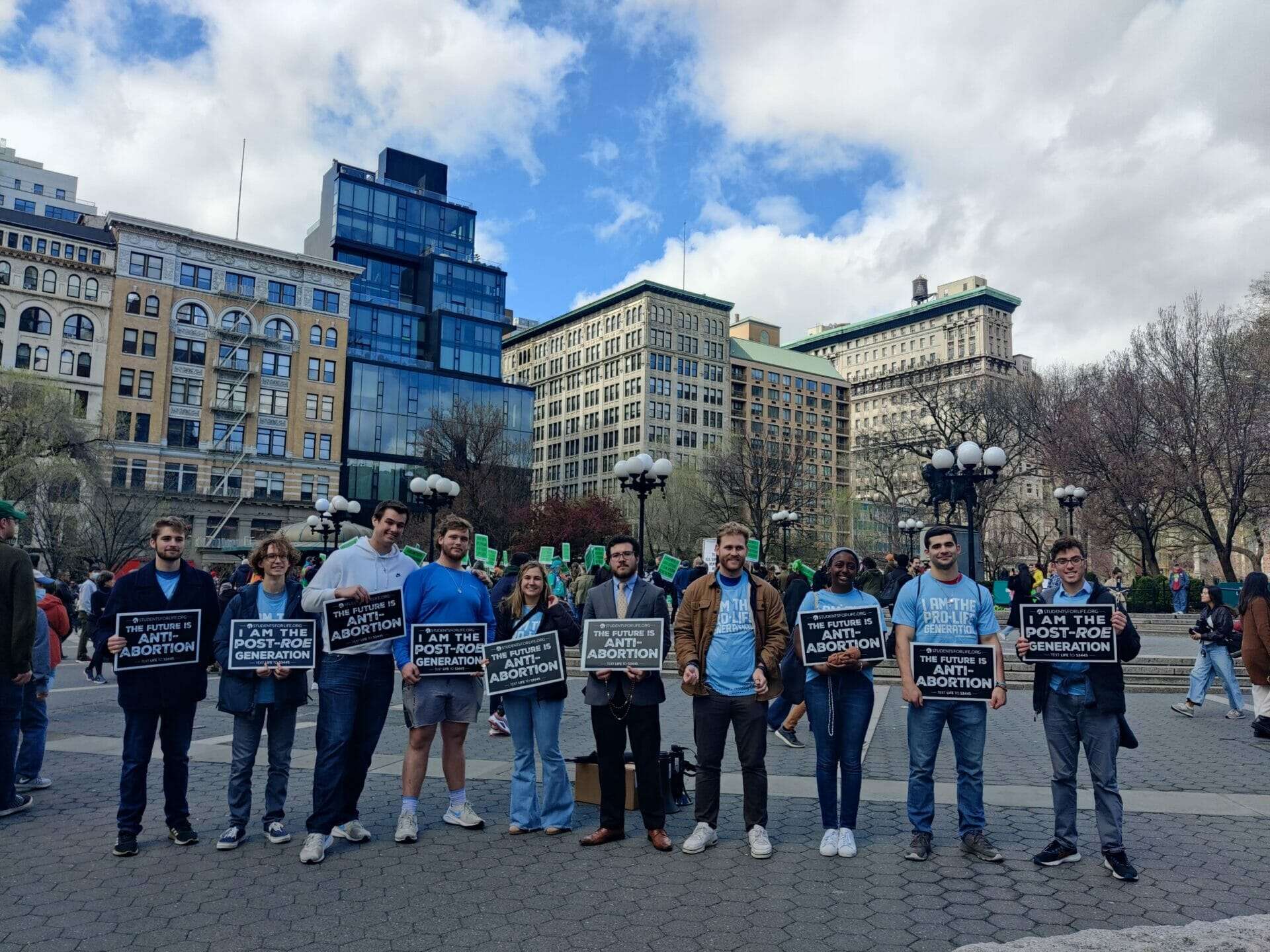 “Our presence at every major rally today sends a clear message that the pro-life movement will not stand on the sidelines—we are on the frontlines of historically reversing 50 years of abortion in our Nation. We know when we show up, we win—and today we’re standing boldly for life,” said Elizabeth Nogueras-Rivera, SFLA Rapid Response Coordinator.

WASHINGTON, D.C. (04-09-22) – Students for Life of America (SFLA) and Students for Life Action (SFLAction) are on the ground at six cities across the country today in opposition to “Rise Up 4 Abortion Rights” deadly agenda. SFLA will combat the goals of the abortion lobby in Austin, Chicago, Boston, New York City, San Francisco, and Seattle.

On their website, Rise Up 4 Abortion Rights states that women in an increasing number of states are losing their fundamental right to control their own bodies—that’s because our work as the Pro-Life Generation to abolish abortion is making a difference. As we continue to advocate for abortion laws to be sent back to the states and for every child to be protected from abortion violence from the moment of his or her conception, SFLAction has been successful in working with legislators to eradicate abortion on the local level.

“The Pro-Life Generation is not afraid to stand in the face of adversity because we want to see abortion abolished in our lifetime,” said Elizabeth Nogueras-Rivera, SFLA Rapid Response Coordinator. “Our presence at every major rally today sends a clear message that the pro-life movement will not stand on the sidelines—we are on the frontlines of historically reversing 50 years of abortion in our Nation. We know when we show up, we win—and today we’re standing boldly for life.”

SFLAction has advanced mobilization and rapid response tactics demonstrated by its SCOTUS Squad. These pro-life leaders have been active during the nomination and confirmation of Judge Kentaji Brown Jackson.

FOR LIVE REACTIONS TO THE COUNTER PROTESTS ACROSS THE COUNTRY, FOLLOW STUDENTS FOR LIFE ACTION AND KRISTAN HAWKINS ON SOCIAL MEDIA.

MEDIA NOTE: Students for Life of America staff members and trained student activists will be available for interview/B-Roll during this process.