SFLAction Celebrates Passage of Life at Conception Bill in Oklahoma 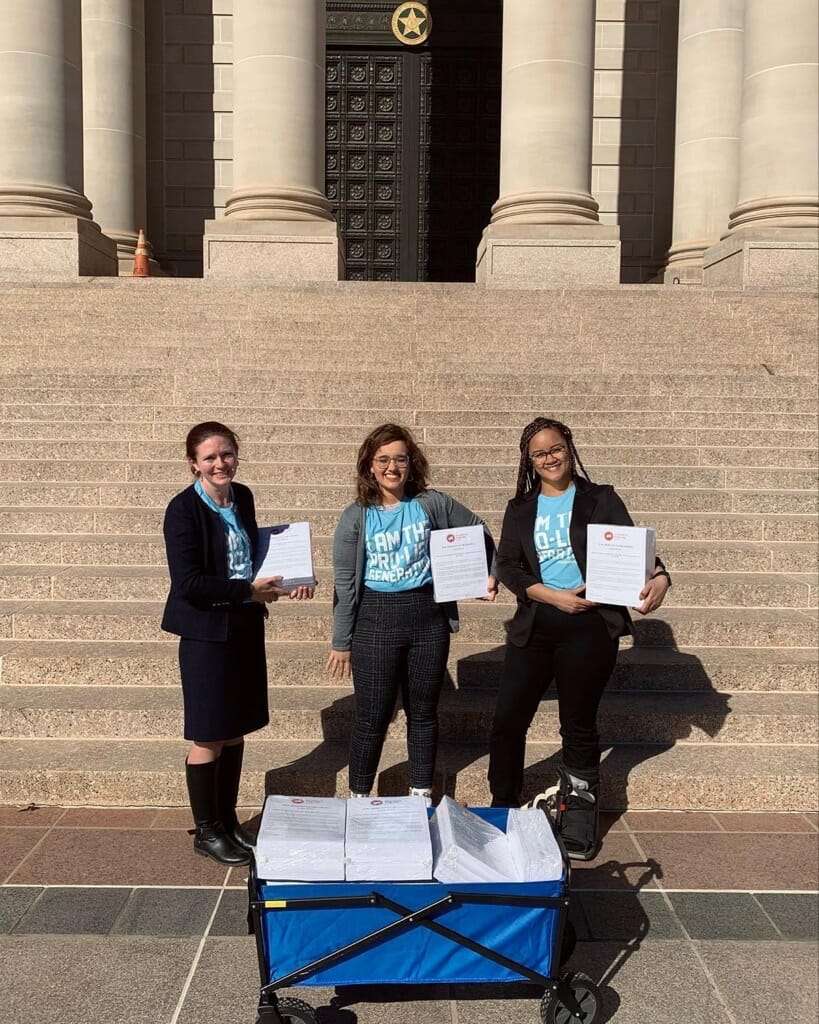 “The pro-life movement has always owned its goal of abolishing abortion in our lifetime,” said Students for Life Action and Students for Life of America President Kristan Hawkins. “And by that we don’t just mean stopping late-term abortions, abortions after viability, or the infanticide of children who survive abortion attempts; we mean protecting ALL children from the moment of conception. That is exactly what Oklahoma has done with its Life At Conception Act.”

SFLAction was deeply engaged in support of SB 612. SFLAction worked directly with legislators to introduce, support, and push efforts to make this lifesaving bill a reality and applauds the hard work and dedication of all who worked for its passage.

In addition, SFLAction deployed grassroots teams who lobbied Oklahoma legislators in person multiple times; conducted a literature drop in key districts urging support for the measure; and collected and delivered thousands of petitions from residents of the state who wanted to see their fellow Oklahomans protected from the abortion industry.

Oklahoma’s Life At Conception bill is the second SFLAction-supported bill of its kind to cross the legislative finish line since last session. In 2021, Arkansas passed a Life At Conception law entitled the “Unborn Child Protection Act,” sponsored by Senator Jason Rapert and signed into law by Governor Asa Hutchinson.

“I am so proud of Oklahoma for taking this BOLD step and helping to lead the way for the Post-Roe America. Protection From Conception is the new status quo. We’re cheering for you, Oklahoma!”

Senator Dahm’s Life At Conception Act passed the full Senate floor and House committee last year, and today’s vote was the final step in a yearlong effort in which Students for Life Action reached more than 130,000 pro-life advocates in Oklahoma through text messages, phone calls, emails, and mail in order to pass this life-saving bill.