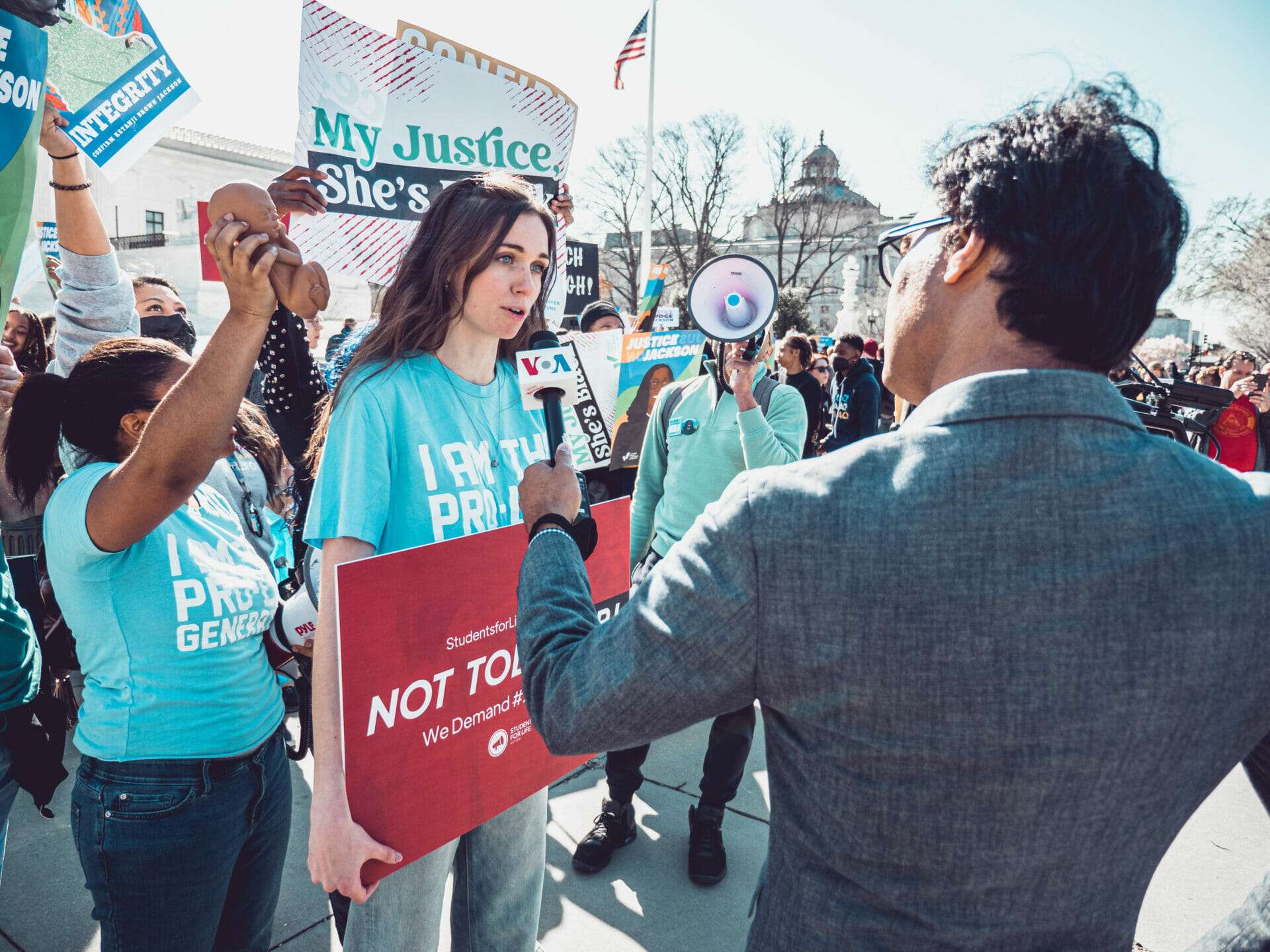 “Judge Ketanji Brown Jackson’s record shows her blatant disregard for children – born and preborn – when they have been vulnerable in the hands of people who care nothing about them,” said SFLAction’s Kristan Hawkins. “A failure to protect children from Partial Birth Abortion or any other threat disqualifies the judge from a lifetime appointment to the Supreme Court. The recent controversy surrounding the bodies of 5 infants killed by abortion in Washington D.C., late in pregnancy, shows the true nature of Corporate Abortion. And Ketanji Brown Jackson has worked to defend what horrifies almost everyone else.”

Outside the Supreme Court, Students for Life Staff and Students protest with some wearing lab coats – as biologists DO agree that Life begins at Conception.

Students for Life Action will continue to mobilize nationwide, calling on voters to let their U.S. Senators know to vote NO when the full chamber takes up the nomination vote, expected before the end of the week.

“Judge Ketanji Brown Jackson’s presence at the Supreme Court would present a unique and profound threat to the work of the Pro-Life Generation. She has a proven track record of opposing even late term limits to abortion, seen in her work on behalf of partial birth abortion, when a state passed what was then a rare protective measure. Today passing pro-life laws is much more frequent as voters engage more directly.

“Judge Ketanji Brown Jackson’s attacks on peaceful free speech, including student-initiated prayer and peaceful gatherings outside abortion vendors, show that she is prejudiced against people whose ideas she does not share and will use her power against them.

“Groups like SFLAction rely on judges who value the First Amendment, and we have taken our free speech cases to court repeatedly over our 16 years in operation, arguing that we need a level playing field in access and opportunity. For example, our sister organization, Students for Life of America, participated in an amicus brief in Price v. City of Chicago, opposing efforts to make it criminal to speak for the preborn near the locations of their deaths.

“Additionally, the judge interfered with efforts to redirect funds from abortion-infused teen pregnancy programs, insisting that funds initiated during the Obama Administration had to be spent no matter the change in the Oval office.

“Judge Ketanji Brown Jackson prepares to come to the Supreme Court in a judge’s robe, hiding an eraser that she plans to use like a legislator to re-write what she doesn’t like and adding where it suits her.”