On the Road to Reversing Roe, Missouri Defends Children by Defunding Planned Parenthood 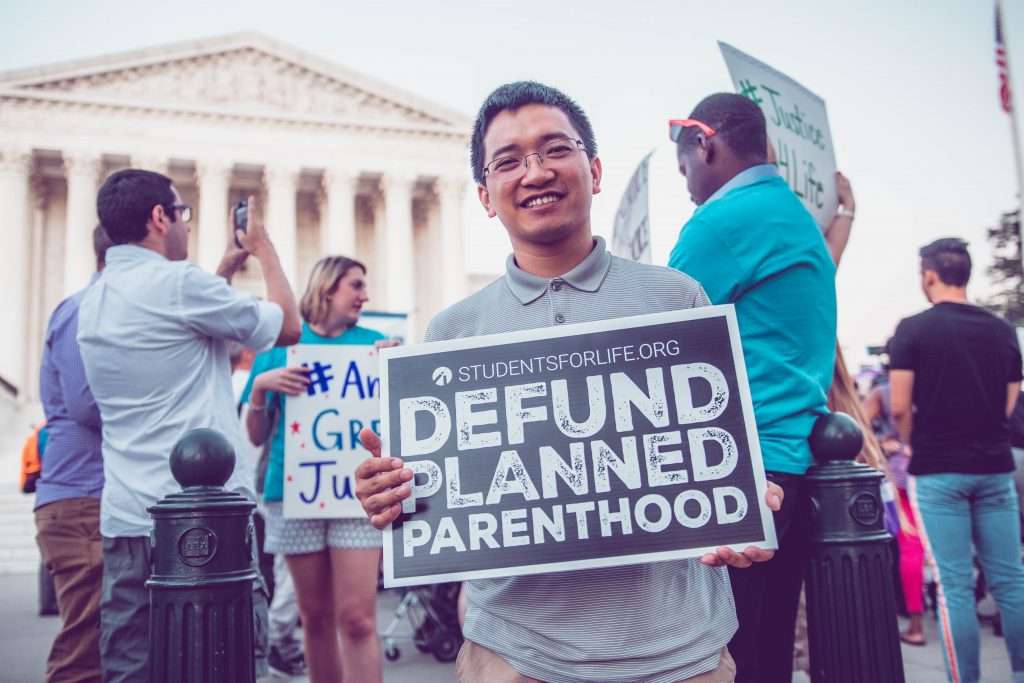 WARNING: If you think killing kids in the womb is not healthcare, you have a good chance of being taken to court by Planned Parenthood. That’s exactly what’s happening in Missouri right now: two Planned Parenthood affiliates are suing the state and, in a strange turn of events, the abortion giant is also chewing out the Biden Administration over it. Let’s discuss Planned Parenthood’s latest legal battle:

Missouri has a conscience—sue them?

After Missouri Governor Mike Parson recently signed a supplementary budget bill that included provisions which will bar Planned Parenthood from receiving Medicaid reimbursement, the abortion giant is having a tantrum, and two of their affiliates are taking the state to court. Planned Parenthood of Great Plains and Planned Parenthood of the St. Louis Region and Southwest Missouri both sued the state in a lawsuit which claims such prohibitive action is “unconstitutional and illegal.” In a threatening statement from one of the affiliate CEOs, Yamelsie Rodriquez said, “To Gov. Parson: your next move could land you in court. Again.”

But what has the state of Missouri done other than further protect taxpayer consciences? After all, Medicaid in Missouri already didn’t pay for abortions except in the case of rape, incest, or medical emergency while Medicaid would pay for other services performed by Planned Parenthood, such as STI testing or cancer screenings. However, this new bill now prohibits Medicaid from reimbursing any sort of service by Planned Parenthood—ensuring that fungible taxpayer dollars don’t subsidize their abortion business. After all, there are numerous other organizations which do not commit the heinous act of abortion that provide these other innocuous services—to fiscally support the organization that does commit abortions is a violation of many taxpayers’ consciences.

In a press release by the organization bemoaning that “Missouri Just Became Fourth State to Approve ‘Defunding’ Planned Parenthood,” the abortion behemoth calls on the Biden Administration to “Take Action Immediately. According to this press release, their bone to pick with Biden is that he is not enforcing their misinterpretation of Medicaid federal law. Planned Parenthood is arguing that being defunded disempowers their clients; in reality, Missouri’s act of defunding Planned Parenthood is an act protecting Missourians – born and preborn – from the predation of this corrupt business.

Planned Parenthood cannot be called a “healthcare provider” if the organization commits the murder of millions of children. That’s the opposite of healthcare. Students for Life of America’s Campaign for Abortion Free Cities Manager Kate Maloney rightly put it:

“This is not medical care when there are lives being actively terminated. Planned Parenthood is appropriating the legitimacy of real medicine in order to slither into a community under the guise of healthcare. Planned Parenthood’s business model centers around violently killing children — that is not, has never been, and will never be healthcare.”

During the Obama administration, guidelines aimed at hindering states from defunding Planned Parenthood were put in place. However, most recently in 2018 with the Trump Administration, this policy was rolled back, and states were allowed greater individual freedom for their Medicaid standards. This has not changed since.

This case is just one in a long saga of Planned Parenthood lawsuits.

Planned Parenthood is under the thumb of Missouri, and we respect it.

Students for Life Action applauds Governor Mike Parson and the legislature of Missouri for their courageous actions for lives of Missourians. We cannot continue funding the abortion industry as that only increases the longevity of abortion. Instead, we need to stand firm in our convictions and defund all organizations that commit the crime of abortion—come hell, high water, or Planned Parenthood’s inevitable lawsuits.