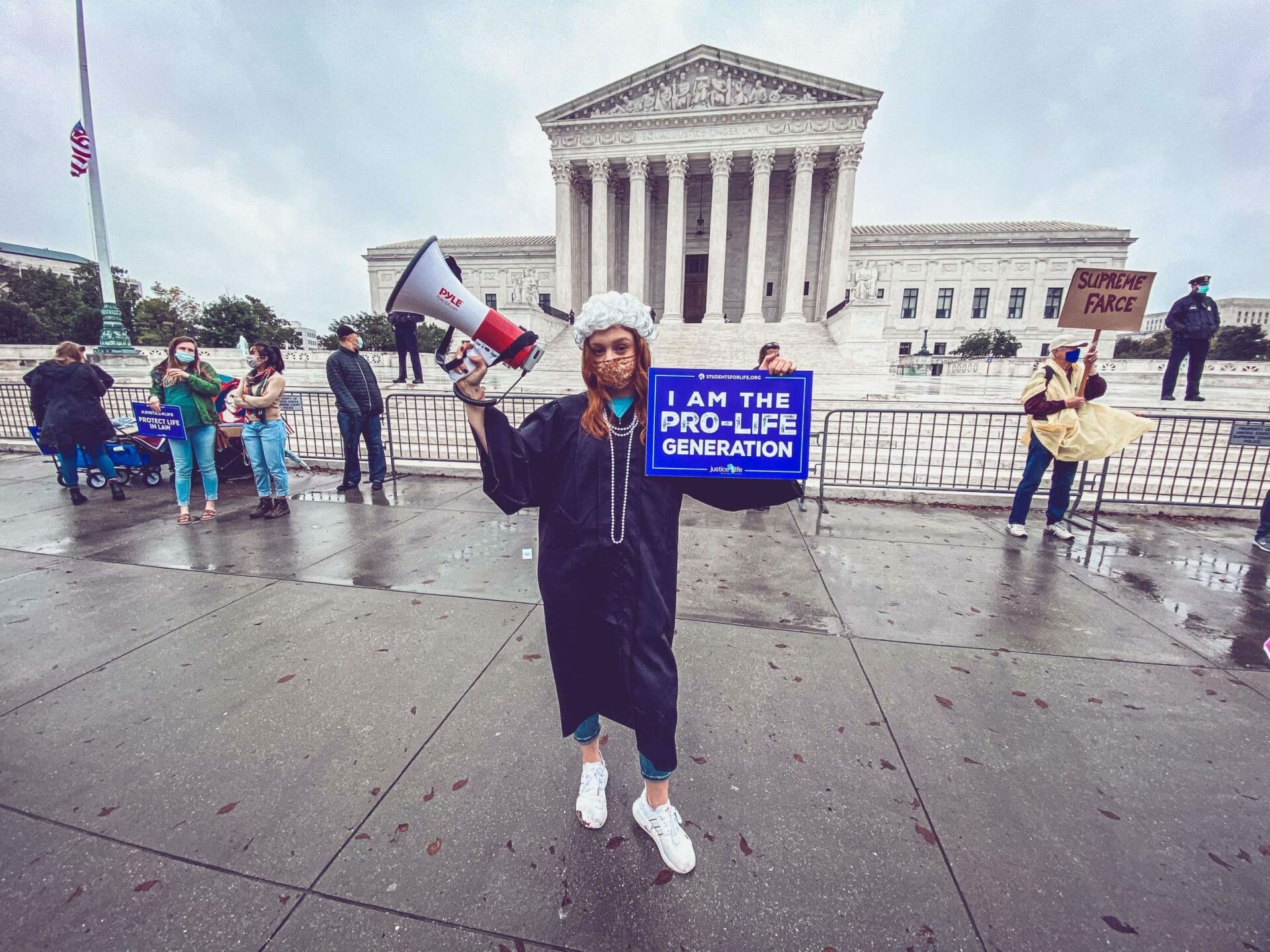 WASHINGTON, D.C. (03-11-2022) – Students for Life Action President Kristan Hawkins sent to members of the U.S. Senate today an opposition letter detailing the need for a NO VOTE on the confirmation of Biden’s pick for the Supreme Court. “Judge Ketanji Brown Jackson prepares to come to the Supreme Court in a judge’s robe, hiding an eraser that she plans to use like a legislator to re-write what she doesn’t like and adding where it suits her,” wrote Hawkins. “The founders did not write ‘abortion’ in invisible ink in the U.S. Constitution. The only way to find it is to follow the breadcrumbs of the wishful thinking of abortion activists who have abused the courts for almost 50 years to demand death by abortion.”

Hawkins notes that Students for Life Action will continue our aggressive engagement as seen in recent confirmation processes, from voter outreach, to advertising, to rallies and events given the high stakes of the life-time appointments. SFLA will be activating the more than 1,250 groups in all 50 states along with the more than 127,000 activists trained for engagement, asking them to reach out to their senators to oppose a judge with such an obvious bias for abortion. As Politico reports, targeted ad campaigns underway starting Monday.