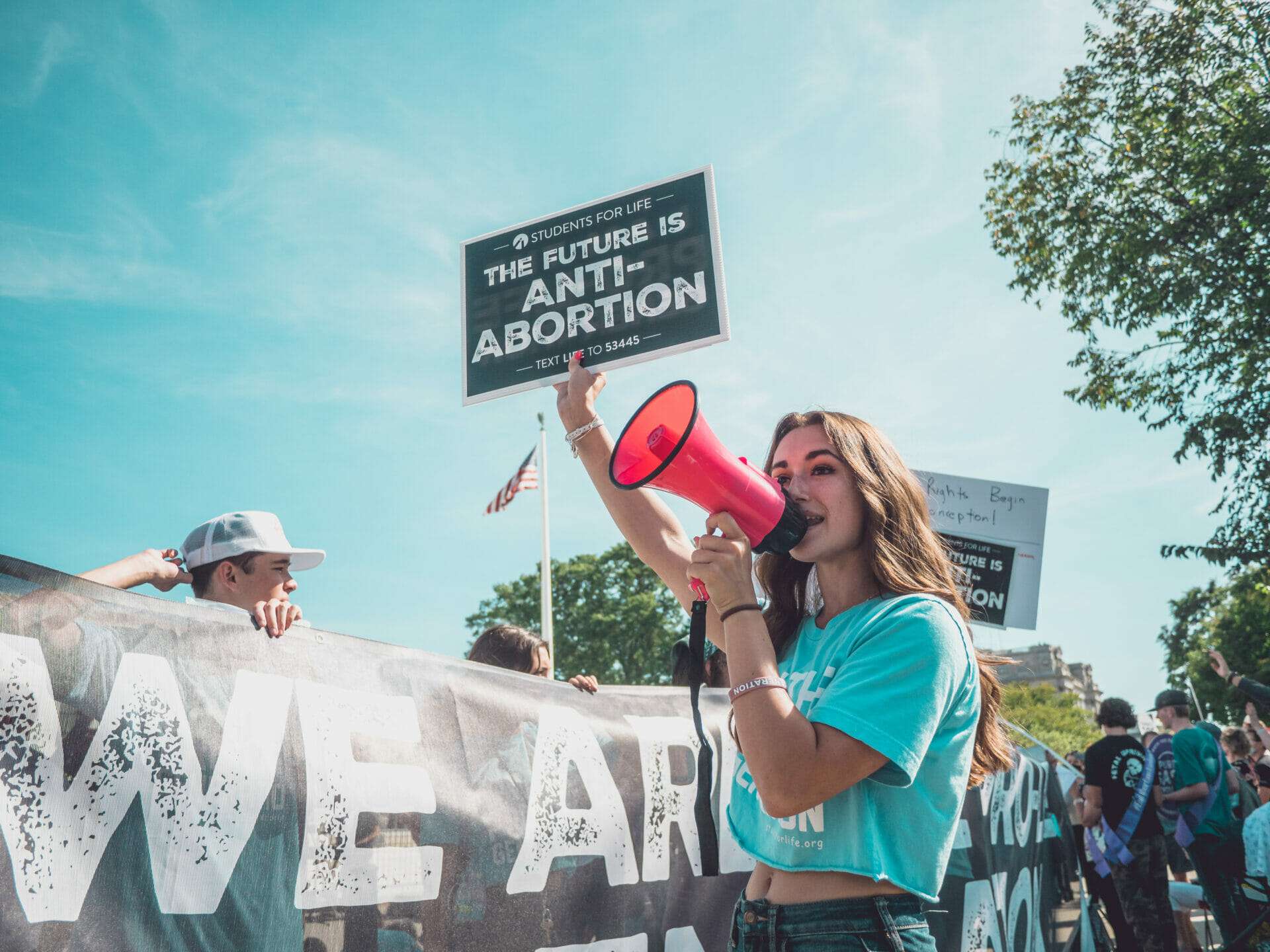 DENVER, C.O., and WASHINGTON, D.C. (03-09-22) – Today, the Colorado Health and Insurance Committee will hear testimony on HB 1275. This bill seeks to create a right to abortion violence and to declare that the entire preborn people group in the state of Colorado “does not have independent or derivative rights under the laws of this state.”

Pro-lifers in Colorado have mobilized in defense of the preborn, and several representatives of Students for Life Action will testify against the measure.

I am asking this committee to vote NO on HB 1279 the Reproductive Health Equity Act.

This bill also enshrines in law that “a fertilized egg, embryo, or fetus does not have independent or derivative rights under the laws” of Colorado and science advances prove that a fertilized egg/embryo/fetus is a living, growing, and undeniably human entity. 95% of biologists agree that human life begins at fertilization. Based on our nation’s history of human rights abuses, by passing this bill we are grossly on the wrong side of protecting human rights. This is regressive, not progressive.

American people oppose abortion-on-demand and want innocent human life to be protected especially when it is most defenseless.

Instead of passing legislation that has virtually no limits on abortion or safeguards against people of color like myself, abortions based on gender, and disabilities. This is not ok. We ought to protect those groups from the gross violation against their human dignity.

This bill removes the requirement that parents of minors be notified if their child receives an abortion and I can’t think of many parents who would support this. Let the people vote on that, I know they want a voice in that measure of this bill.

Let’s not make our state an abortion destination, and rather focus on serving those facing unplanned and difficult pregnancies with the incredible resources and support that exist in our state, both publicly and privately funded. As a woman who got pregnant in college while working and dealing with difficult life circumstances, I was the prime person to be sold on the lie that I needed an abortion. Instead, I was supported by various communities in the Denver metro area, who empowered my decision to stay in school and give life to my son, I didn’t need to end his life to continue mine.

I now work full time to ensure other women do not have to feel pressured into abortions, because that is a reality when women don’t know their community does support them.

I urge you to VOTE NO on HB 1279. This bill violates the very foundation of human rights in our state and pits mother against child. Women deserve better than HB 1279.

Abortion extremists in Colorado want the state constitution to say that my son and I are different classes of citizens. They want you to think that because I’m bigger and stronger than my son, I deserve the unfettered right to kill him. And they want you to believe that my son should have had no rights under the law until he reached a certain age. If that doesn’t remind you of the bogus legal arguments that were made by slaveholders to keep their slaves on the plantation, I don’t know what does. But I’m here to tell you that THIS is what the relationship between mother and child is supposed to look like. One of protection. I have a DUTY to protect him, and he has. RIGHT to my protection. Do NOT let Colorado turn that upside-down.

Amidst attempts by wayward states such as Maryland and Colorado to expand abortion, Students for Life of America offers Standing With You, a well-established initiative aimed at connecting women and families targeted by the abortion industry with the people and resources ready to serve them with nonviolent pregnancy and parenting help.

“Students for Life Action works to create oases of support and protection for children, women, and families. And we do not turn a blind eye to the states that are running headlong in the opposite direction, hell-bent on offering up the most vulnerable members of their state to as a sacrifice to appease the powerful abortion cartel. The expansion of abortion violence will not end well for anyone involved, and we strongly urge the residents and elected leaders of these dangerous states to make themselves heard in defense of innocent life.”