There Is No Such Thing as A “Life-Saving Abortion” 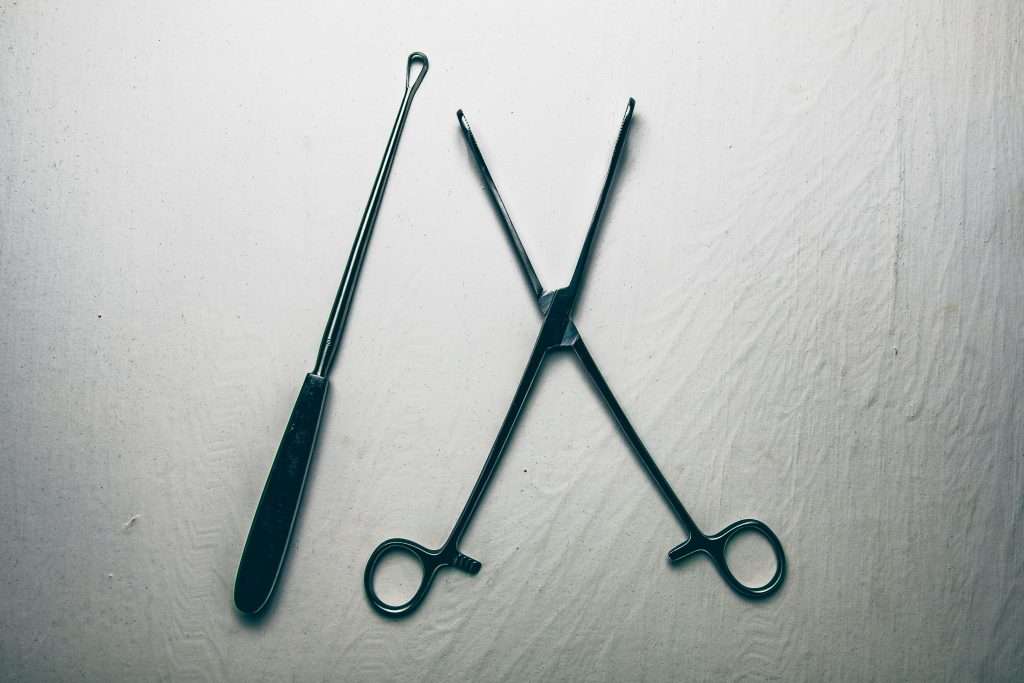 During the 49th anniversary of the Roe v. Wade decision which legalized abortion on-demand in the United States, pro-abortion Senator Gary Peters of Michigan wrote in People Magazine that his wife underwent a “necessary” abortion. The Senator shared that his wife’s water broke just four months into her pregnancy, and doctors expected her to miscarry the baby naturally. However, when the miscarriage did not occur, her doctor became worried that she would develop sepsis, a potentially deadly infection.

There is no disputing that Peters’ wife could have needed to deliver her child early once she was in fact facing the reality of sepsis. Preterm delivery can be necessary to save a mother’s life (read more about that HERE). But what Peters shares next is where the line between medical truth and abortion propaganda blurs in Senator Peters’ story. “Our doctor went to the hospital board, asking for an exception to their policy prohibiting abortions,” he wrote.

“He’d been refused an exemption because there was a faint heartbeat detected,” Peters continued, “even though there was no chance for the fetus to survive. He told us the decision was just based on politics, not good medical advice or practices. He recommended we find another physician immediately due to worries about her health.”

Peters’ child still had a heartbeat — the incontrovertible sign that his child was still alive. What Peters fails to share — or maybe was never even told by his wife’s doctor — is that it was not an induced abortion that was needed to save his wife’s life. What women facing truly untreatable, life-threatening sepsis infections need is to deliver the child early, and this never requires intentionally killing the child on his or her way out of the womb, as happens in abortion.

Children in these circumstances can be delivered early and intact even when it is understood that they will not not survive long because their organs do not yet function strongly enough to live outside the womb. And delivering a child before he or she can survive outside the womb to save a mother’s life should be done only after all other attempts to save both mother and child have been exhausted. The American Association of Pro-Life OB/GYNs (AAPLOG) explains:

“It is acceptable to deliver a patient before the gestational age at which the fetus could survive outside the womb only if the mother’s life is in danger, which is proportional to the danger the fetus/neonate will face at birth. To be clear, this means the mother is facing serious life-threatening consequences, and this situation is rare.”

The alternative to intact delivery is to separate mother and child violently, intentionally killing the child during delivery. And we do mean “violently” — the most common type of abortion committed at four months’ gestation (the age of Peters’ child) is dismemberment (D&E) abortion, in which the child is removed from the womb piece by piece and dies of bleeding out or neurological trauma.

AAPLOG, in agreement with the Dublin Declaration, holds that induced abortion is not necessary to save women’s lives:

“As experienced practitioners and researchers in Obstetrics and Gynecology, we affirm that direct abortion is not medically necessary to save the life of a woman. We uphold that there is a fundamental difference between abortion and necessary medical treatments that are carried out to save the life of the mother, even if such treatments results in the loss of life of her unborn child. We confirm that the prohibition of abortion does not affect, in any way, the availability of optimal care to pregnant women.”

In addition to being unnecessary, undergoing an abortion during a maternal health crisis robs parents of the opportunity to have closure. Intact delivery affords parents (and sometimes siblings, grandparents, and other family members) a chance to say Goodbye to their children. There is even Perintal Hospice, a network of care options provided to support families experiencing the loss of an infant. Sen. Peters reports that he and his wife “wanted” their baby. What a tragedy if his wife’s medical team never offered the option of an intact early delivery so that the family could part with their child peacefully, but instead only extended the violence of abortion to his family and his child.