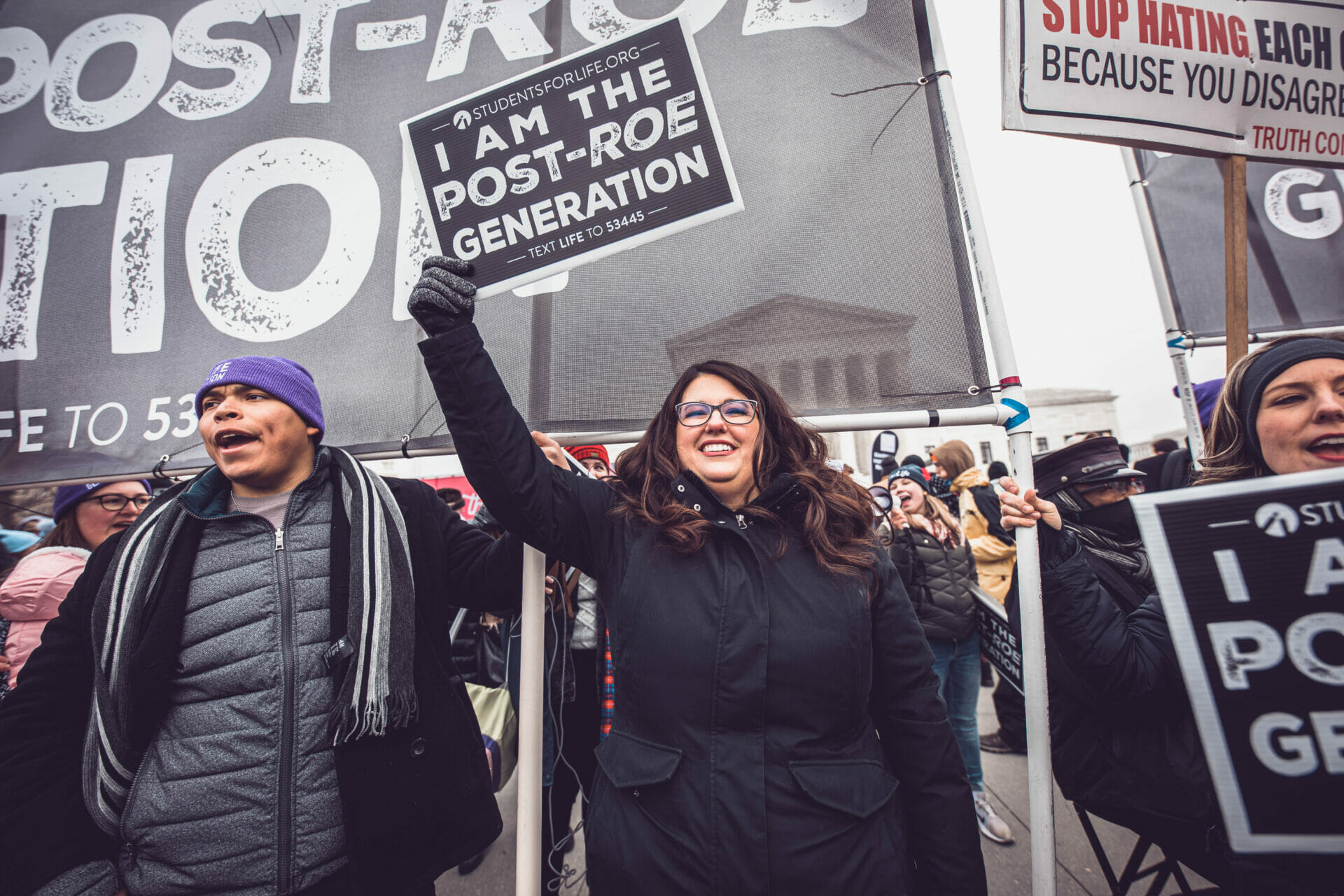 “Roe v. Wade might be turning 49, but we won’t see it turn 50 as it is,” said Students for Life of America President Kristan Hawkins. “Students for Life of America was founded as a Post-Roe organization, ready to protect life in law and in service in all 50 states. We’ve got a post-Roe plan, and we’re training the next generation of Pro-Life leaders to ensure that the children who will be born will have all our support.”

TOPEKA, K.S., & WASHINGTON, D.C. (01-24-22) – On Tuesday, January 25, the week of the 49th anniversary of Roe v. Wade being handed down by the Supreme Court, SFLAction/SFLA President Kristan Hawkins will speak to young people at the Archdiocese of Kansas City’s IGNITE Youth Rally before they march in the Kansans for Life March and Rally. Hawkins will focus her remarks on the strategy for the Post-Roe America and how placing Kansas’ Value Them Both Amendment on the ballot for August, 2022, is a key milestone on the road to an abortion-free country.

“Roe v. Wade might be turning 49,” said Hawkins, “but we won’t see it turn 50 as it is.” She continued: “Students for Life of America was founded as a Post-Roe organization, ready to protect life in law and in service in all 50 states. We’ve got a post-Roe plan, and we’re training the next generation of Pro-Life leaders to ensure that the children who will be born will have all our support.”

Students for Life Action and Students for Life of America played a role in paving the way toward Kansas’ upcoming public vote on the Value Them Both state constitutional amendment by urging Kansans to Vote Pro-Life First. The Amendment, when passed, will restore to the people of Kansas the power to protect the tiniest Kansans from the violence of abortion. The Value Them Both Amendment vote will be the first pro-life ballot initiative to take place after the Supreme Court of the United States hands down a ruling on the Dobbs v. Jackson case — the first case reconsidering the constitutionality of Roe in twenty years.

Hawkins is joining crowds in Topeka following a historic memorial of the 49th anniversary of Roe in Washington, D.C. which included holding SFLA’s sold-out National Pro-Life Summit featuring former Vice President Mike Pence and training nearly 2,000 members of the Pro-Life Generation for the post-Roe battle ahead.

IGNITE Rally for Life: 9am CT

March followed by a rally at the Kansas State Capitol at 12:30pm CT

More information on the Kansans for Life March & Rally HERE.

View a time lapse of the National Pro-Life March HERE.