Mandate or No Mandate, The Pro-Life Generation Will Not Miss Roe’s Last Official Anniversary

Washington D.C. Mayor Muriel Bowser, whose support for abortion is well-known, seems to have come up with a plan to try and throw a wrench into plans to mourn the 49th anniversary of the infamous Roe v. Wade decision that wiped out the pro-life laws of the 50 states replacing them with chaos. Under her leadership, the D.C. government in late December announced that there would be a new and stricter mandate in the district starting January 15 – shortly before the national pro-life march on January 21 and the National Pro-Life Summit on January 22. This last-minute mandate has caused dramatic changes for many organization’s plans to mourn the day the Supreme Court first allowed the human rights atrocity of our day. Consider that Roe has led to more than 63 million dead to abortion. 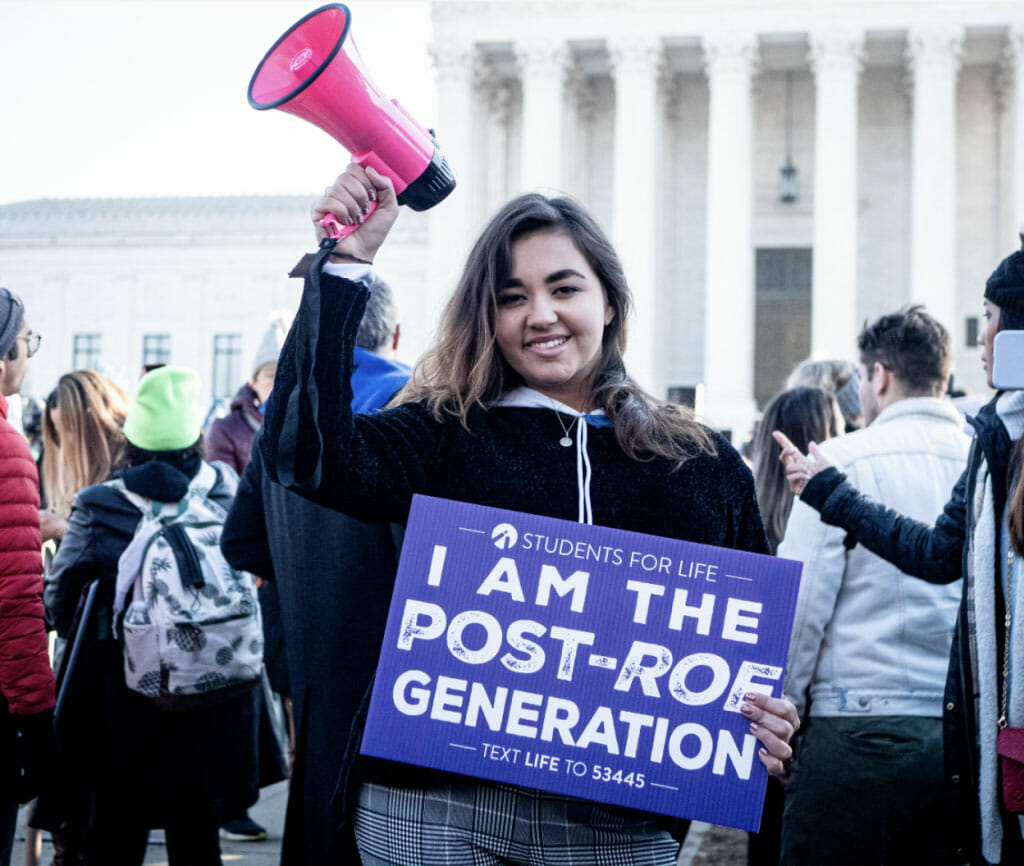 In response to the onerous COVID policy change, we at Students for Life of America, the leaders and key sponsor of the Pro-Life Summit, purchased several thousand rapid-response COVID tests so that those who wanted to attend the conference and were not vaccinated could get a free test to show their COVID-free status, making them eligible to attend. Our policy for the event noted here on the Summit website.

To be clear – Students for Life of America didn’t write the mandate; we don’t like the mandate; but opposing mandates is not our mission. We exist to abolish abortion, protecting life in law and in service.

First things first – there is every reason to believe that Roe does not exists as it is after this year, that it will be reversed and the issue of abortion returned to the states or that it is severely curtailed, as SFLA President Kristan Hawkins wrote recently at FOX News. That reality makes the Pro-Life Summit all the more vital, as we train 2,000 activists to advance a culture of life when they go home, added to the more than 130,000 students we’ve already trained. 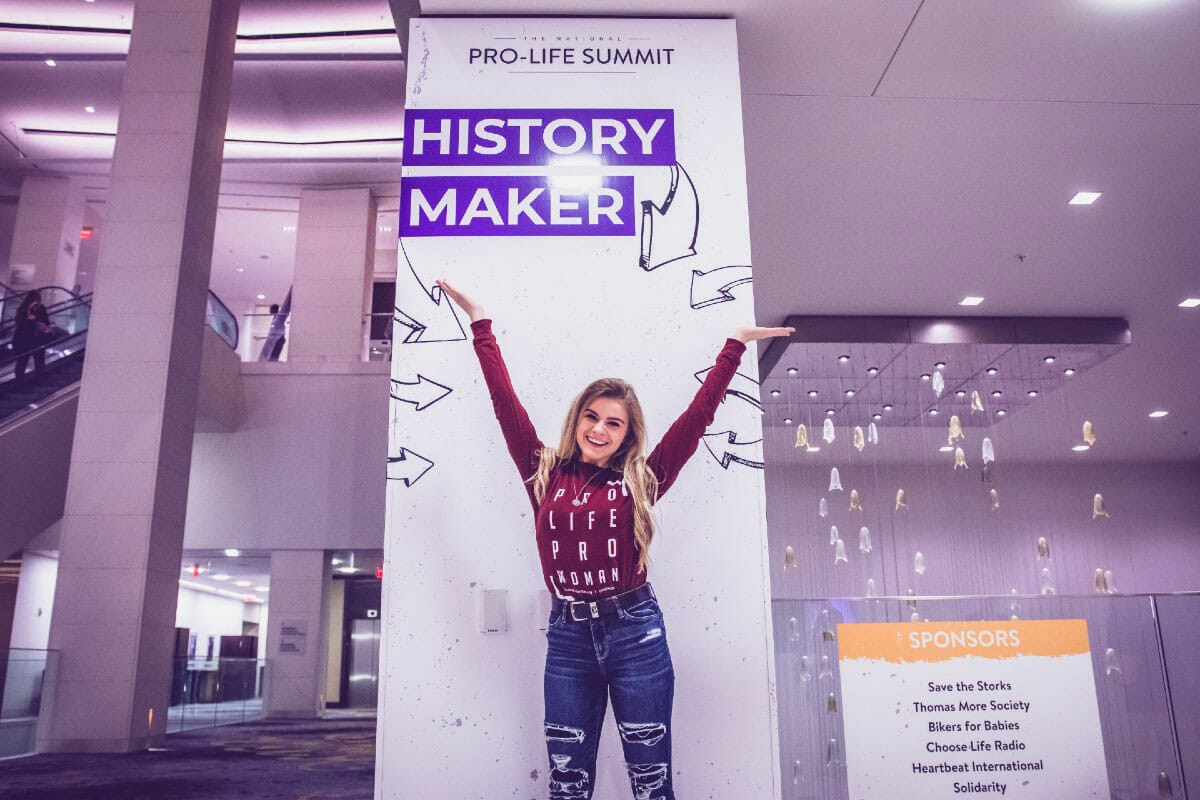 Engaging with people in person across the 50 states is central to SFLA’s business model as we get permits and follow protocols on college & university campuses, conventions, concerts, etc. at locations inside and outside across the country. Some locations make it harder to reach people with our message of love for the preborn and their mothers as well as with our plan to get ready and active for a Post-Roe America. We don’t enjoy the regulations, but our eyes are fixed on the goal of abolishing abortion and building a culture of life.

(You can learn more about the 9 common tactics employed to suppress student free speech here, in an opinion piece Hawkins wrote for the Wall Street Journal.)

But as groups have been scrambling to reconfigure event following Bowser’s new attack on pro-life gatherings (remember that she sent the police who arrested two students for CHALKING Black Preborn Lives Matter?), some have attacked the Pro-Life community for trying to get together. Some people seem to think that fighting the mandate is more important that fighting for the preborn and their mothers. We disagree. 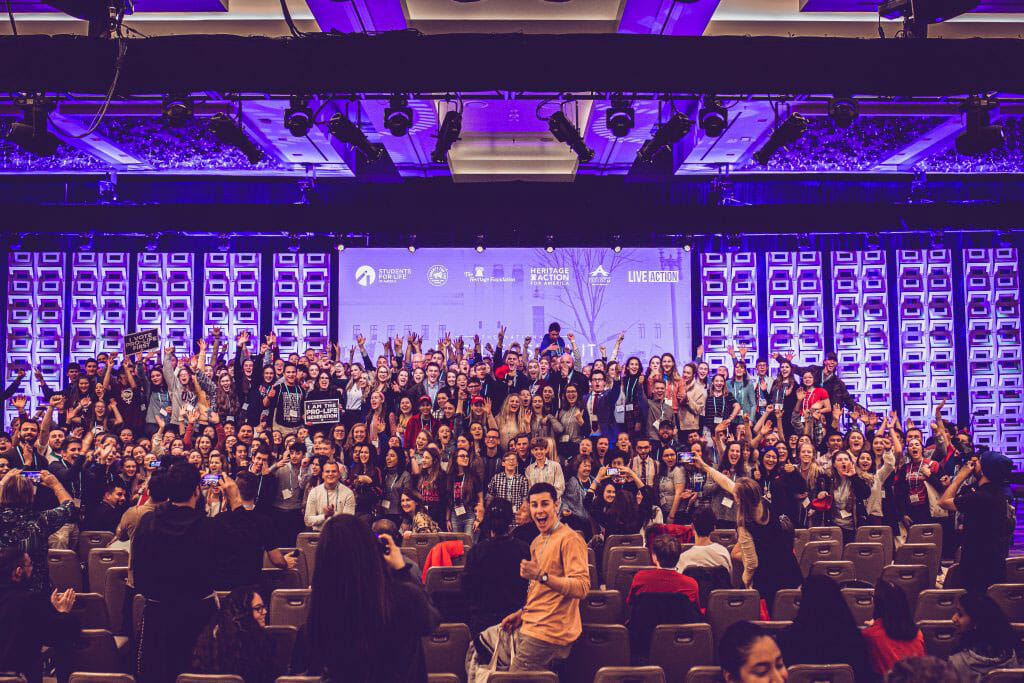 “Many say they are ready to withstand the coming persecution that we, as Christians, know is coming for us.

“Yet, when the city of Washington, D.C. issued some terrible regulations, which are now forcing all attendees of the National Pro-Life Summit or anyone else coming to D.C. for the pro-life march to either be vaccinated (with one shot) or show proof of a negative test within 24 hours of attendance of any indoor event, many are angry that some pro-life movements events (like the National Pro-Life Summit) are moving forward.

“Students for Life has spent thousands of dollars securing 15-minute, SELF ADMINISTERED rapid tests to ensure every attendee at the National Pro-Life Summit, who wants to come and learn how to abolish abortion at what may be the very last anniversary of the Roe decision, can participate fully. 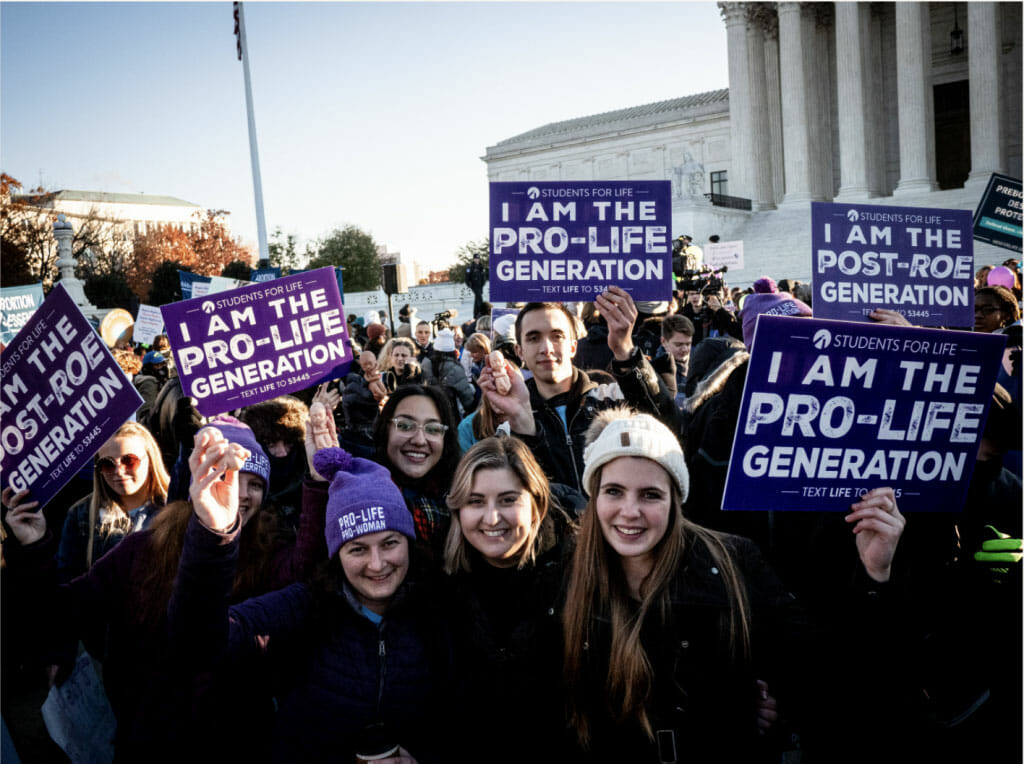 “Friends, the mayor of Washington, D.C. (who we know is 100% pro-abortion as she literally had us arrested last summer for sidewalk chalking ‘Black Preborn Lives Matter’ on a public sidewalk) is doing everything possible to make the pro-life movement cancel our events surrounding the 49th anniversary of Roe, but WE WILL NOT because this movement and this moment is too damn important.

“Literally, millions of lives are on the line as we begin working in our states to secure a post Roe future.  Don’t let them win!

“Before you consider “boycotting” coming to DC for the pro-life march & National Pro-Life Summit, think about who you are hurting and what your top priority is.  Your boycott of not attending the pro-life march & National Summit won’t be hurting the city of DC – it’ll hurt our witness to the importance of protecting Life and being a voice for the most defenseless – the preborn.

“Ending abortion in 2022 is my goal not fighting unconstitutional mandates. Here’s a tip: Come to the March and National Summit and spend all of your money for hotels and food in Virginia. ”

The National Pro-Life Summit is still on! Learn more about it here.