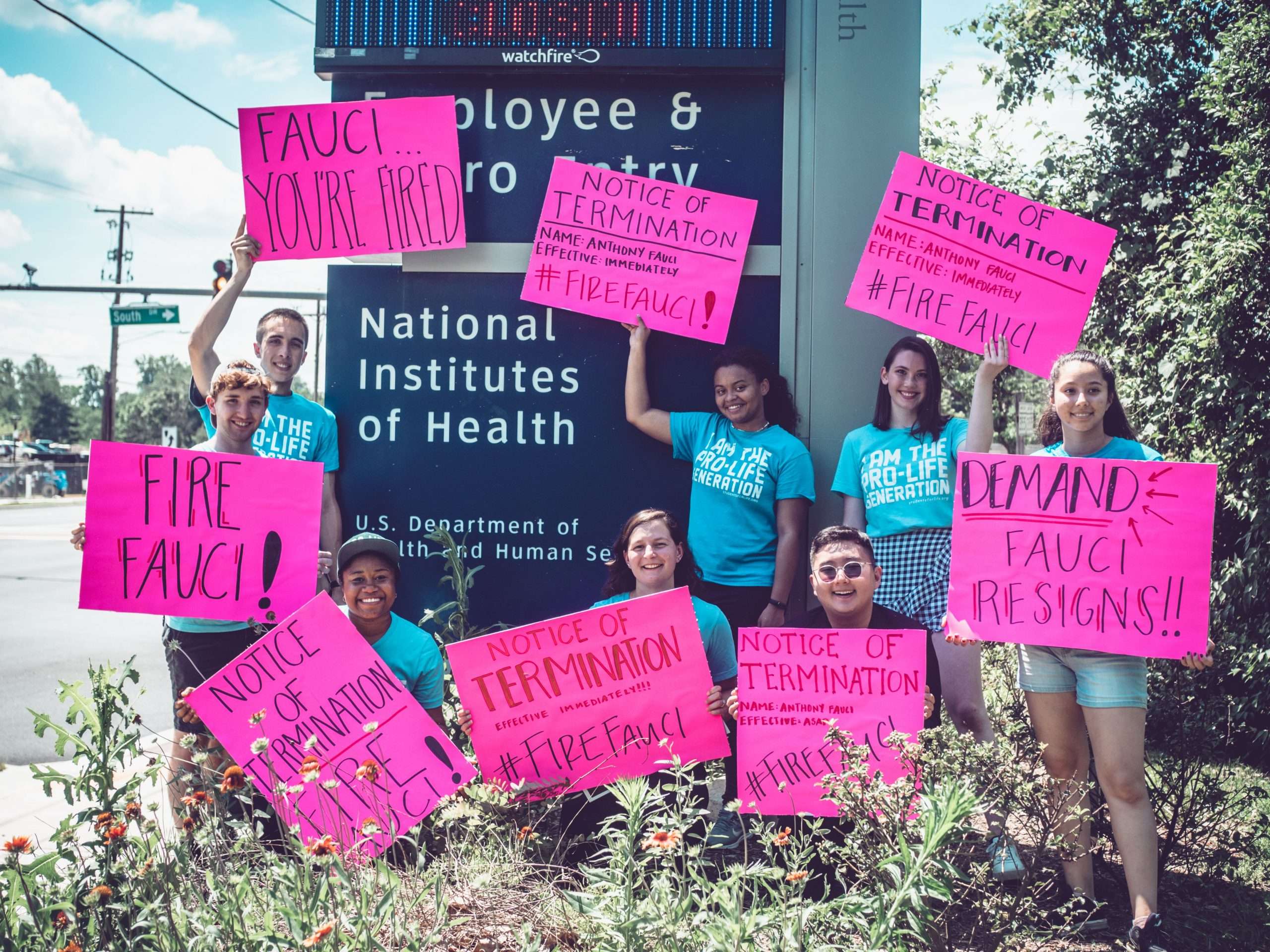 “Americans would be justified in asking whether the federal public health apparatus is acting in the interest of preserving American lives — or human life at all — when it is an active, knowing, and willing participant in killing, organ harvesting, and experimenting on the most defenseless American children,” writes Kristan Hawkins at The Washington Examiner. “Was improving and safeguarding human life the primary concern of those Wuhan lab researchers, or were they — like the NIAID-funded University of Pittsburgh researchers — operating on the conviction that sacrificing human lives may be an acceptable cost for achieving some other goal? Americans should be asking these questions like their lives depended on it — because they do.”

PITTSBURGH, P.A., and WASHINGTON, D.C. (11-22-2021) – Today, an opinion editorial penned by Students for Life of America (SFLA) president Kristan Hawkins calling for an end to barbaric human experimentation funded by Anthony Fauci’s National Institute of Allergy and Infectious Diseases was published by The Washington Examiner.

SFLA has been deeply engaged in calling for an end to these injustices and in calling on President Biden to fire Anthony Fauci, who is unfit for a position of leadership and the improvement and protection of American lives which he holds.

Commenting on recent revelations that the NIAID has been funding what many consider to be cruel and abusive animal experiments on dogs, Hawkins writes:

The National Institutes of Health (NIH) says that animal research allows scientists to “identify new ways to treat illnesses, extend life, and improve health and well-being.”[…] One can argue that experimenting on dogs is a necessary step on the path to greatly improving the lives of human beings. After all, “serving and protecting Americans at every stage of life, from conception” is the stated mandate of all the agencies within the Department of Health and Human Services (HHS, which oversees the NIAID). […]

This argument crumbles, however, in the face of the bigger scandal facing Fauci’s NIAID: Revelations that his office funded research on American children who are killed, dissected, harvested for organs, and shipped in pieces from a “Tissue Hub and Collection Site” at the University of Pittsburgh to labs across the country.  How does that square with the mandate to protect and preserve American lives, when it is American lives being butchered to satisfy grotesque medical curiosity? How does grafting scalps taken from babies killed at 5 months’ gestation onto the backs of lab rats to see whether the deceased children’s hair will continue to grow align with the mandate to serve and protect Americans “from conception”? Answer: It doesn’t.

Hawkins concluded her Washington Examiner op-ed by noting, “Americans would be justified in asking whether the federal public health apparatus is acting in the interest of preserving American lives — or human life at all — when it is an active, knowing, and willing participant in killing, organ harvesting, and experimenting on the most defenseless American children.”

In October, SFLA submitted public comments which were read aloud to the board of directors of Magee-Women’s Hospital, which colludes in the inhuman, federally funded experimentation, calling on the hospital to cease killing innocent children used in experimentation:

On November 8, SFLA Fellow Lucia Hunt organized a conference gathering experts and advocates to discuss the unethical research being conducted at the University of Pittsburgh and funded by the federal government under Anthony Fauci.

SFLA will continue to engage in efforts to defund and condemn human experimentation on defenseless innocent children like those at the University of Pittsburgh, and to call for those presiding over such actions to be brought to justice.