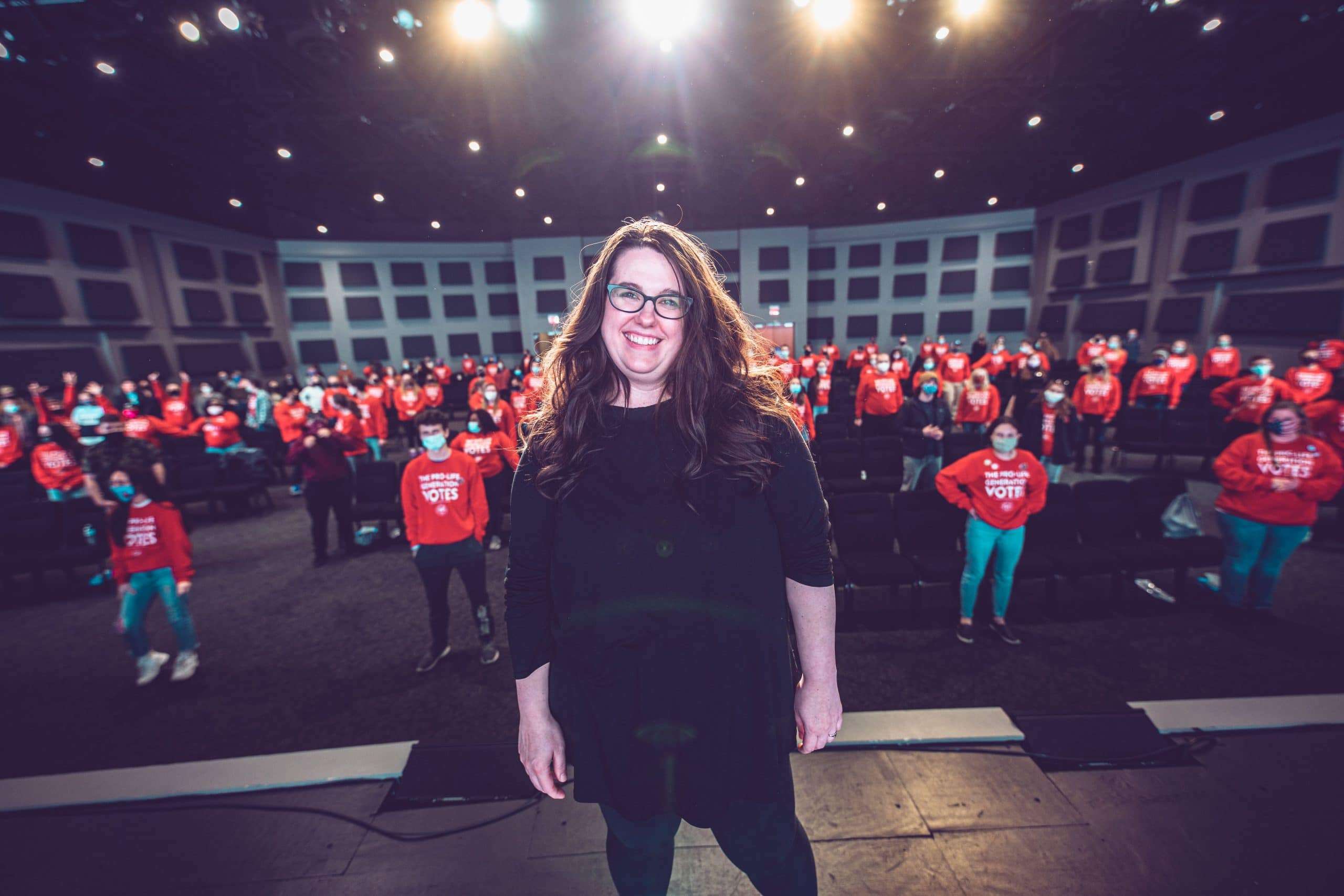 KRISTAN HAWKINS WILL ADDRESS THE PRO-LIFE GENERATION AT THE LINCOLN CLUB INSTITUTE ON ‘THE FUTURE IS ANTI-ABORTION’ SPEAKING TOUR, UNPACKING STRATEGY FOR POST-ROE & POST-DOBBS AMERICA

“Despite efforts by the mainstream media and Big Tech to keep pro-life conversations out of the mainstream, the anti-abortion position is more popular today than ever,” said Students for Life of America president Kristan Hawkins. “As the most pivotal abortion case since Roe v. Wade kicks off at the Supreme Court, the Pro-Life Generation is all grown up and working in legislatures, on courts, in communities, online, and on the ground to defend Life in Law until Roe v. Wade is consigned to the ash heap of history where it belongs. Clear-eyed citizens see the horror of abortion violence and reject it. But too often, university students are desensitized to injustice by ideologies unmoored from science and ethics. I am looking forward to engaging these students in the discussions their professors won’t have.”

IRVINE, C.A. (11-10-2021) – TONIGHT, Kristan Hawkins, President of Students for Life of America and Students for Life Action, will address the Pro-Life Generation at the Lincoln Club Institute at 7pm local time. The speech is the next stop on Hawkins’ Fall Speaking Tour, entitled: The Future Is Anti-Abortion: Preparing for A Post-Roe America. Doors open at 6:30.

Hawkins has faced backlash at several junctures during this tour, including last month at Wellesley College, where students protested and even made threats of violence, though the event proceeded as planned, and pro-abortions ultimately appeared to shift their position on abortion as a result. Ahead of tomorrow’s stop at the University of San Diego — a Catholic university — pro-abortion students have attempted to counter Hawkins’ presence with posters claiming abortion is a “human right,” and one student was filmed tearing down flyers advertising Hawkins’ talk and throwing them at a pro-life student.

During her speech at the Lincoln Club Institute, Hawkins will outline the Pro-Life Generation’s plan for a Post-Roe and Post-Dobbs America – including SFLA’s massive campaign raising awareness of nonviolent abortion alternatives, community support systems, and policy changes needed to help women and families thrive and stop them from being preyed upon by the abortion industry. Hawkins is known for sparking debate and backlash on university campuses when she states unapologetically that she seeks to abolish abortion and reverse Roe v. Wade. Hawkins will prepare the audience for the upcoming Dobbs v. Jackson Women’s Health Supreme Court case which will potentially impact abortion laws nationwide.