Students for Life Action Celebrates the Introduction of a Michigan Heartbeat Ban, “A Heroic Effort to Protect Those Exhibiting A Universal Sign of Life” 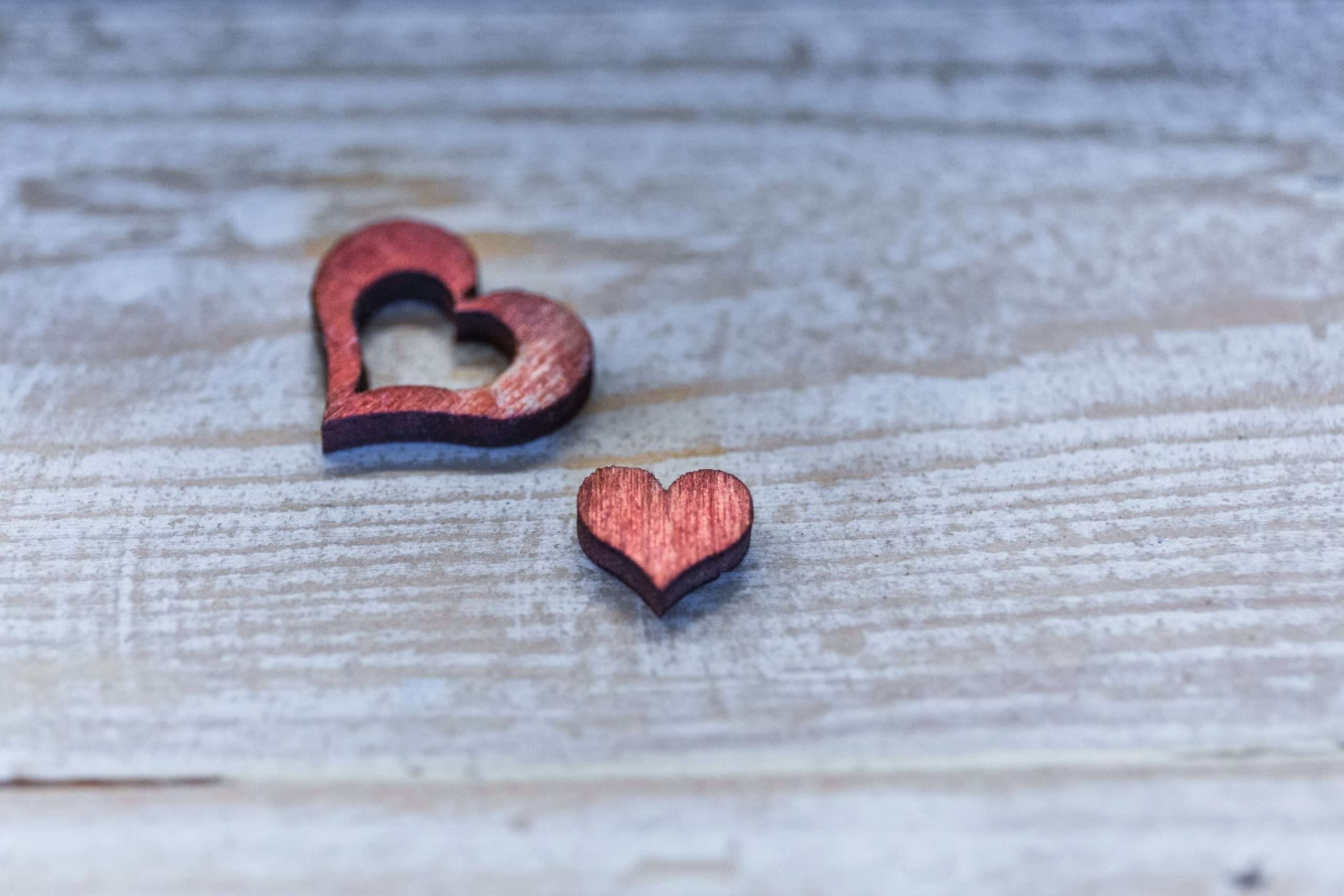 Reported on behalf of Students for Life Action

Students for Life traveled to Lansing and enjoyed being present at this important event. SFLA’s Emily Shelcusky reflected, “We arrived at the capital, met with Rep. Steve Carra, and I gave my statement before Rep. Carra introduced the bill. The media asked what the differences were from Texas’s bill and if it was any different from a bill that had been introduced in a previous legislative session and that Students for Life petitioned for in Michigan.

Rep. Carra took our group around the house chamber and showed us the capital building. The students really enjoyed seeing the building and getting to be a part of the press conference.” 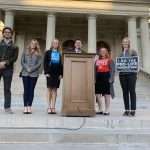 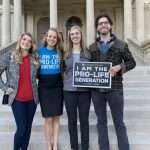 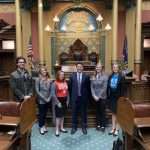 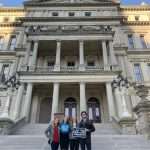 LANSING, MI (10-19-2021) – Students for Life Action Regional Coordinator Emily Shelcusky, along with Hillsdale SFLAction member and Michigan SFLAction captain Rachel Schroder will join Rep. Steve Carra and state leaders on Tuesday to announce vital legislation for preserving the lives of infants in their earliest days. Students for Life Action has been actively advancing such legislation nationwide and is engaged in a push for passage through many grassroots tools.

Shelcusky will speak for the Pro-Life Generation in the event, with a statement that reads:

“The Pro-Life Generation thanks Rep. Steve Carra for leading a human rights fight for the preborn. This heartbeat legislation represents a heroic effort to protect those exhibiting a universal sign of life. On a battlefield or in an emergency room, in any life and death situation, medical professions check for a heartbeat to determine who needs life-saving care. Yet when it comes to babies in the womb, Corporate Abortion has tried to convince people that a heartbeat can be ignored. Medical science has confirmed that a child’s heart is beating by about 6 weeks of life, and that he or she can feel pain as early as 12 weeks, yet we turn a blind eye to the lives and suffering of those still in their mothers’ wombs.

“In polling earlier this year by Students for Life’s Institute for Pro-Life Advancement, we found that less than 2 out of 10 Millennials want unlimited abortion through all 9 months, which Roe allows. And almost half supporting banning abortions after a heartbeat is detected (by a margin of 47 % to 38 %), while Kaiser finds that 49 percent of the general public supports heartbeat efforts. Our poll also found that six in 10 supported requiring doctors to check for a heartbeat before committing an abortion. Human decency requires that we treat the weak among us with respect and care, and that must include precious children in the womb.”

For more information on Students for Life Action, click here.

Students for Life Action (SFLAction), a 501(c)(4), along with its sister organization, Students for Life of America (SFLA), a 501(c)(3), make up the nation’s largest, pro-life, youth organization as well as operating a political and policy operation engaging people of all ages. Together they work to end abortion, the human rights issue of our day, and provide political, legal, and community support for women and their children, born and preborn. Headquartered in Fredericksburg, VA, SFLA has more than 1,250 groups on middle, high school, college, university, medical and law school campuses in all 50 states. SFLA creates strategy, policy and programming that connects those most targeted for abortion with people ready to help and builds a framework for political engagement on their behalf. SFLA/SFLAction more conversations with those most targeted by the abortion industry every day, week, and year than any other pro-life outreach in the world. Every week, Students for Life entities reach more than 2 million people across social media platforms to have nearly 200,000 digital conversations. Under the leadership of SFLA/SFLAction President Kristan Hawkins, who was recruited to build the organization, SFLA has grown over the last 15 years into a $15 million organization preparing for a Post-Roe America.