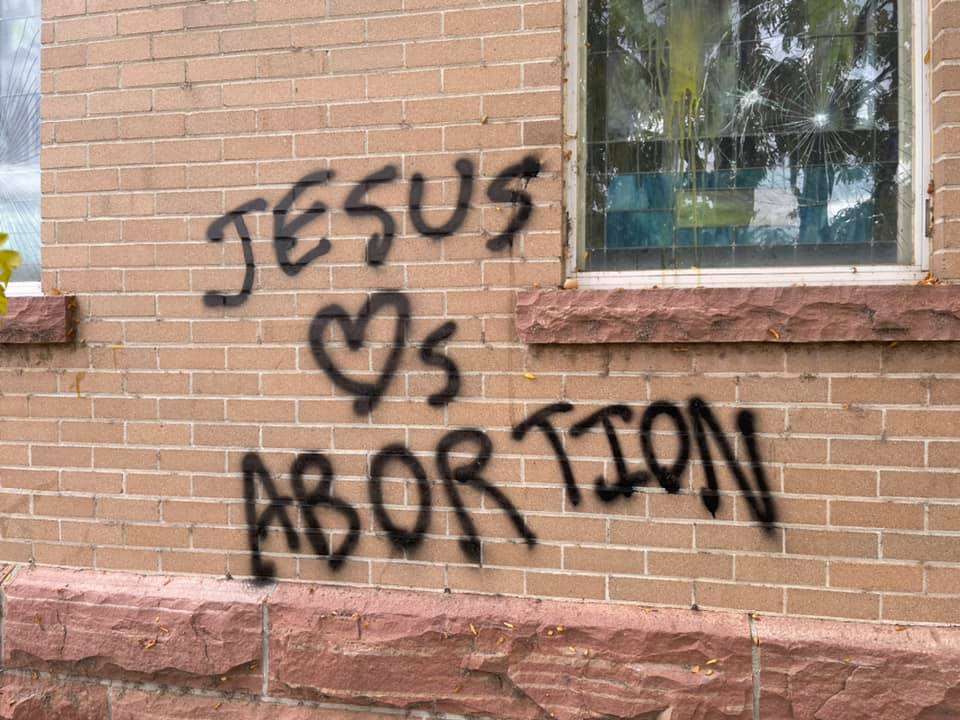 In a recent televised “debate” with SFLA President Kristan Hawkins, political commentator Rashad Richey took it up himself to rewrite the Bible.  Known for his hot-tempered change-the-subject-when-they’ve-made-a-point debate show, Indisputable, Rashad was quick to ensure the Bible said exactly what he needed it to say to build his case supporting the violence of abortion.

But he’s not the only one to twist and bend scripture to validate abortion.  The list of pro-abortion public figures manipulating God’s word so that it would deem abortion acceptable is woefully long. So, let’s talk about why using Exodus 21:22 will never work to justify abortion violence, no matter how hard they try.

“If people are fighting and hit a pregnant woman and she gives birth prematurely[e] but there is no serious injury, the offender must be fined whatever the woman’s husband demands and the court allows. 23 But if there is serious injury, you are to take life for life, 24 eye for eye, tooth for tooth, hand for hand, foot for foot, 25 burn for burn, wound for wound, bruise for bruise.” – Exodus 21:22-25 (NIV) 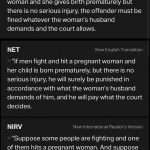 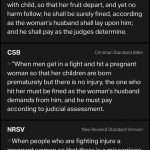 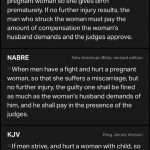 In a heated rush to conclusions, Rashad recklessly assumed that a) the pregnant woman in this scenario loses her child, and b) the consequence God applied for killing a fetus was less than if the people fighting had killed the mother or any other born person.  Rashad says, “The bible orders death for murders – the Bible says if you murder somebody, they have to die. If the abortion of a fetus is murder and based on the biblical standard of your faith, why does the bible contradict you?” Basically, if God didn’t say the penalty for this presumed miscarriage is death just like he would any other murder, then God must not value the preborn equally or really care about abortion at all.

Even if this Mosaic Law was dealing with a situation where the child’s life was lost (which it wasn’t), this is not an apples-to-apples situation equal to abortion.

The text reads: “If people are fighting and hit a pregnant woman…”

The text DOES NOT read: “If people are fighting with a pregnant woman so that they might harm her child…”

Whoever fed Rashad his talking points for the day must not have been very good at those Spot the Difference picture books as kid because this is a huge distinction. No matter how life is lost, it is tragic. However, intentionally killing someone is fundamentally different than accidentally killing someone and should be treated as such when consequences are applied. It was then, and it is now.

Abortion intentionally and violently destroys human life. Exodus 21:22 does not deal with intentional destruction of a human fetus.

Go ahead, scroll back up and reread. The text never says anywhere that the child’s life is lost. In fact, many translations have moved away from using the word “miscarry” altogether because it causes confusion. Like several translations above, phrases such as “gives birth prematurely” have been widely used. The word “miscarry” to us in this century and in our language means a loss of preborn life during pregnancy; however that is not the most accurate word to use when translating what was being conveyed in Hebrew back in 1400 BC. This passage in Exodus, along with several others, uses language that means to go or come out, or to bring forth. Greg Koukl explains, “The relevant phrase in the passage, ‘…she has a miscarriage…,’ reads “w?yase û ye ladêhâ” in the Hebrew. It’s a combination of a Hebrew noun, yeled, and a verb, yasa, and literally means ‘the child comes forth.’ The NASB makes note of this literal rendering in the margin,” (Koukl).

In other words, at most, during this fight her child was brought forth or came out and was simply born early – there is absolutely no indication that the child died.  In fact, the very next line tells us that if there is serious injury the penalty of “life for a life” and so forth would be applied. Further, there is no indication the “life for a life” consequence isn’t also applied for seriously injuring the baby. Rashad just conveniently assumes it couldn’t possibly apply to harming the fetus.

We can pick apart the Old Testament all day long, but Christians know that Christ came to fulfill the law (Matthew 5:17). He did not abolish the Law, He fulfilled it. That is another important distinction. The consequence of our sin nature is death. But the good news of the Gospel is that we no longer live by “an eye for an eye” as Jesus so beautifully teaches in his Sermon on the Mount. We couldn’t keep the law and earn our way to salvation if we tried. Hate for our brother is as condemnable as murder. Lust in our hearts is as sinful as adultery. We fall short every time.

Jesus completed the requirements forever so that we are no longer bound to chasing perfection through following Mosaic Law. Christ loved perfectly, took the weight of our sins, freely gave His life on the cross, and made a way to live in a new covenant with Him.

This is available even for you, Rashad.

The only thing left indisputable by the end of Rashad Richey’s segment is that he is disreputable. After such blatant attempts to manipulate God’s word and use it as a weapon against truth and to oppress those not yet born, I am not sure how anyone could consider this program worth their time. If Rashard Richey wants to be a successful public figure while also claiming to be a Christian, he must now publicly apologize for abusing scripture in a manner that perpetuates violence and leads others astray to do the same.

Michele Hendrickson is a Christian pastor and Director of Strategic Initiatives for Students for Life of America.