Students for Life of America Joins Allies in Presenting More Than Half a Million Signatures at the Supreme Court, Supporting the Reversal of Roe v. Wade 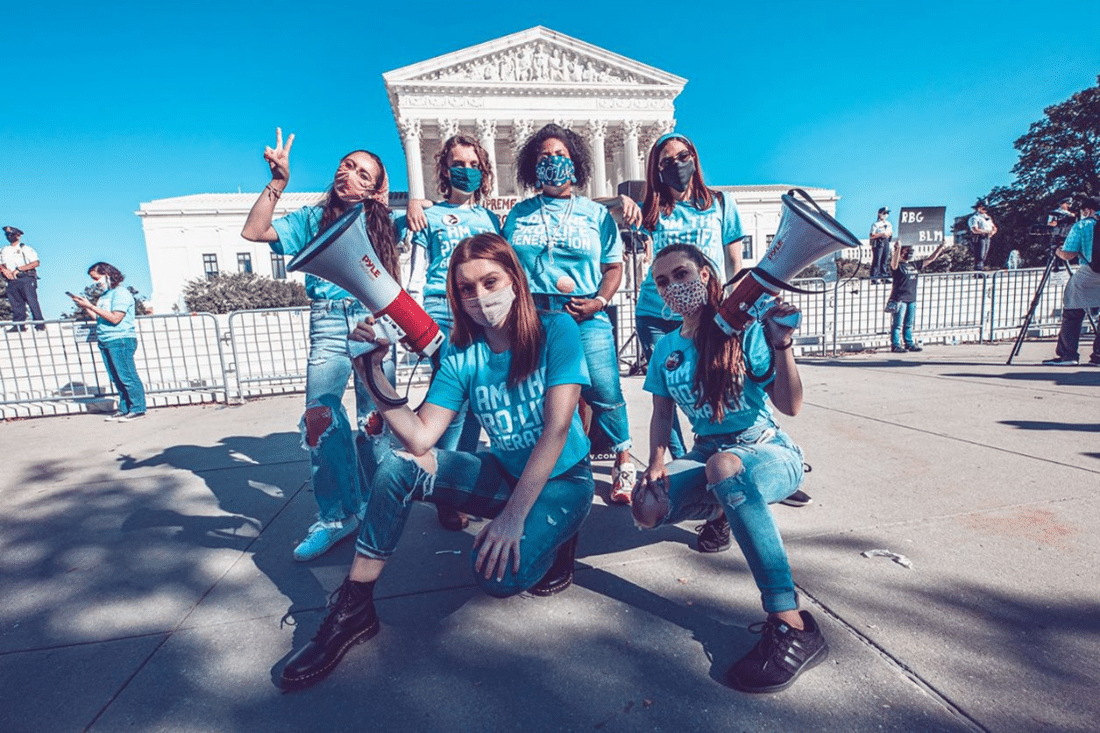 “Every child, born or preborn, has the inalienable right to life given by God,” said Students for Life of America’s Executive Vice President Tina Whittington. “Students for Life of America stands with the hundreds of thousands of signers who call on the Supreme Court to do the right thing and protect the lives of the pre-born. The Pro-Life Generation will not rest until abortion is abolished and made unthinkable.”

Washington, D.C. (10-04-21)— TODAY, a petition in support of reversing Roe v. Wade and signed by more than half a million Americans will be presented outside the Supreme Court starting at 7:30 am ET. Dedicated pro-life supporters of SFLA make up 300,000 of the more than 540,000 total signatories. At the Supreme Court, two massive scrolls will be unrolled, each containing the names of a quarter million Americans who have signed The Moral Outcry petition.

In a statement, The Justice Foundation said The Moral Outcry petition “stands on the premise that U.S. citizens do not accept abortion as the law of the land. Especially now that every state has passed safe-haven laws, the ‘unwanted child’ argument of the pro-abortion lobby is no longer valid. Advocates of ‘The Moral Outcry’ say the petition represents many who wish to see the innocent lives of children in the womb protected under the Constitution. Pro-life leaders across the nation have added their voices to the growing movement calling on the Supreme Court to overturn Roe v. Wade.”

Tina Whittington, Executive Vice President of Students for Life of America and Students for Life Action, said that helping to collect hundreds of thousands of signatories represented an effort to reflect the many voices of the pro-life movement at this critical moment.

“This is an unprecedented moment in our fight to abolish abortion. With a ruling on Dobbs v. Jackson, the pro-life movement may soon see at least the partial reversal of Roe v. Wade. For 15 years, SFLA has been preparing for a Post-Roe America, and The Moral Outcry petition reflects the many Americans who have fought and prayed for the protection of the preborn in law – and who now stand ready to serve mothers and families.”

SFLA’s amicus brief filed in partnership with Human Coalition Action in the Dobbs v. Jackson Women’s Health case calls Roe v. Wade and Planned Parenthood v. Casey rulings “egregiously wrong.” The brief calls on the Supreme Court to right these rulings’ Constitutional wrongs in the Dobbs case. “Continued fidelity to the Roe/Casey regime is extraordinarily disruptive to a functioning and healthy society,” wrote Human Coalition Action’s Chelsey Youman in the brief, adding, “a fetus in the womb is a distinct living human person – simply a very small one.”

10: a.m. to  Noon: Worship and Pray outside the Supreme Court