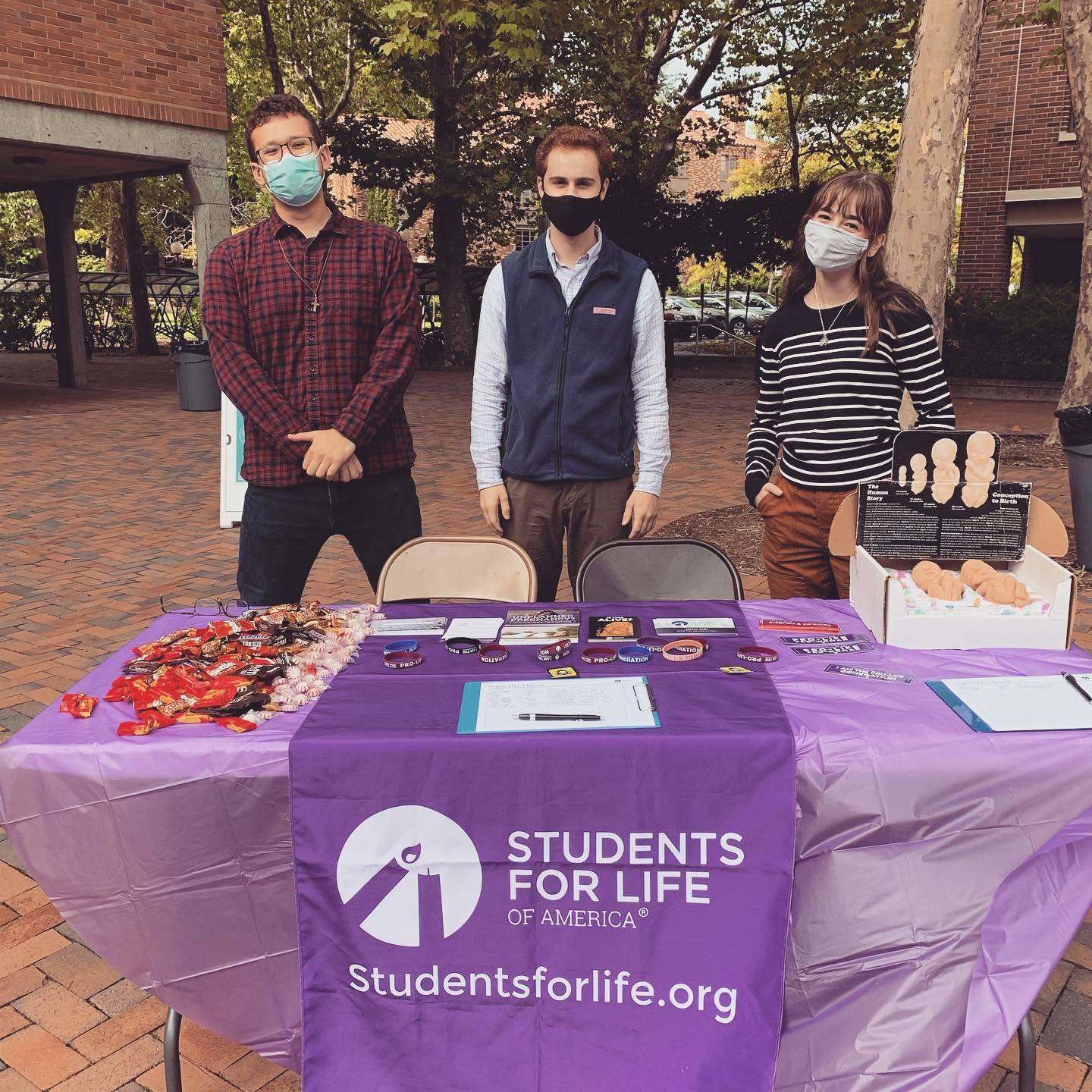 Western Washington Students for Life braved some very weird experiences last week. The group tabled at the Western Washington University (WWU) Involvement Fair on Monday and Tuesday with all the other school clubs, but we are pretty sure they had a very different experience than the other groups. 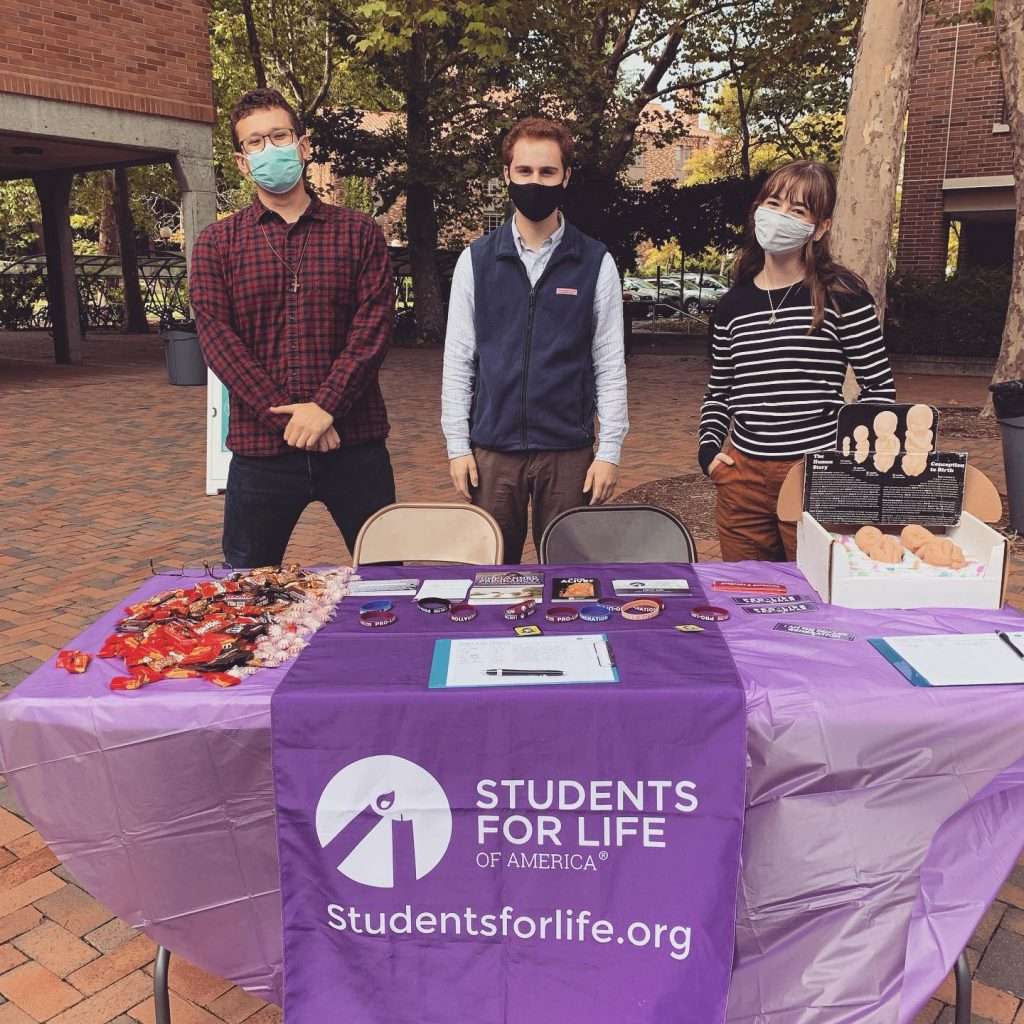 The WWU Involvement Fair is a two-day event, and it started out with the group leader, Chase, and his Regional Coordinator, Karlie Lodjic, showing up to find that the school failed to set up a table for the Students for Life group. Luckily, a visit to the Information tent sorted things out and a table was set up for them, albeit in a different section from the rest of the school clubs.

After that, it seemed that things were going to go fairly normally. Students stopped by to ask what the group does and deliberated about whether or not they would like to be involved. Then, the trolls found them.

Over the past year, when so many people were stuck only being able to communicate over social media, pro-choice people started to say some bizarre things online. “I eat fetuses.” “Yeetus the fetus.” “I dedicate my abortion to you.” This is just a small sample, but it seemed they only said these things when they were able to hide behind the screen of their phone or laptop. At WWU, these kinds of comments were said out loud and it seemed to be the fetal models on the table that set them off.

A couple of girls came up to the table and asked if there were snacks. After the group directed them to the pile of candy, they gestured to the fetal models with an, “oh, I thought…” suggesting that they wanted to eat the fetal models instead.

Another pair of girls started yelling about how disgusting the group was for “taking fetuses out of the womb,” even though it was clear that the fetal models were made of rubber.

A group of four came up and asked what the group thought about the Texas law (the 6 week abortion ban). After stating that they agreed with it, one of the girls muttered, “That’s f***ing sick.”

A student standing in a group nearby the table shrieked a rude comment directed at the Students for Life table without even coming to speak to them.

Yet another girl came up on her own and asked how the group was allowed to be there. Karlie explained that the school is a public university and people are allowed to express their opinions, and the girl replied, “Oh,” and stormed off.

That was just the first day.

The second day, Karlie left to make a run to the car only to return to the group members surrounded by students with Planned Parenthood signs who evidently had visited the Planned Parenthood Generation table. A long conversation ensued, which ended with the last girl telling Chase, “I just wish you weren’t pro-life because you’re too cute.” Chase told her they could still be friends, but she refused. The group then proceeded to take pictures with their signs in front of the Students for Life table.

Despite all this, Western Washington Students for Life had 37 people sign up to get involved or learn more about their group this year! And the best part is that they are excited to bring our fall See Me Now Tour Display to campus this fall to have even more conversations.