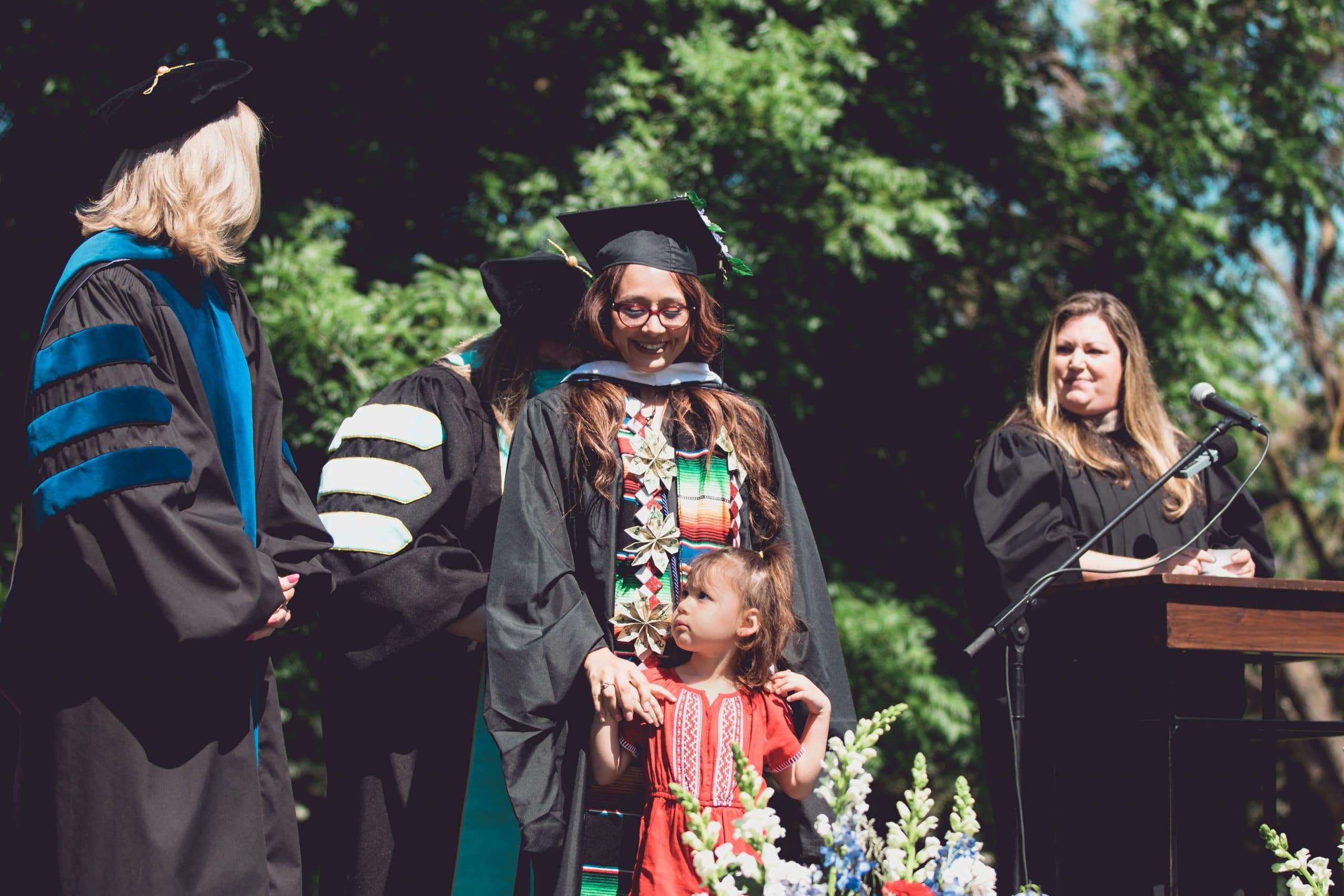 Walking through campus during undergrad at Fresno State, Jessica came across the Fresno State Students for Life table. The student group had various literature on abortion and life-affirming support along with 12-week-old fetal models. Jessica thought the fetal models were very cute and asked if she could take one home with her. About two weeks later, she found out she was pregnant.

After finding out she was pregnant, she didn’t want to tell anyone except the father because she didn’t want to be convinced to keep the baby. The baby’s father said he’d support whatever she decided to do and shortly after, she made an appointment for an abortion at Planned Parenthood. While listening to the nurse, she felt like she was being more told what to do rather than receiving support. Thinking about that 12-week-old fetal model, she decided to leave the abortion facility. 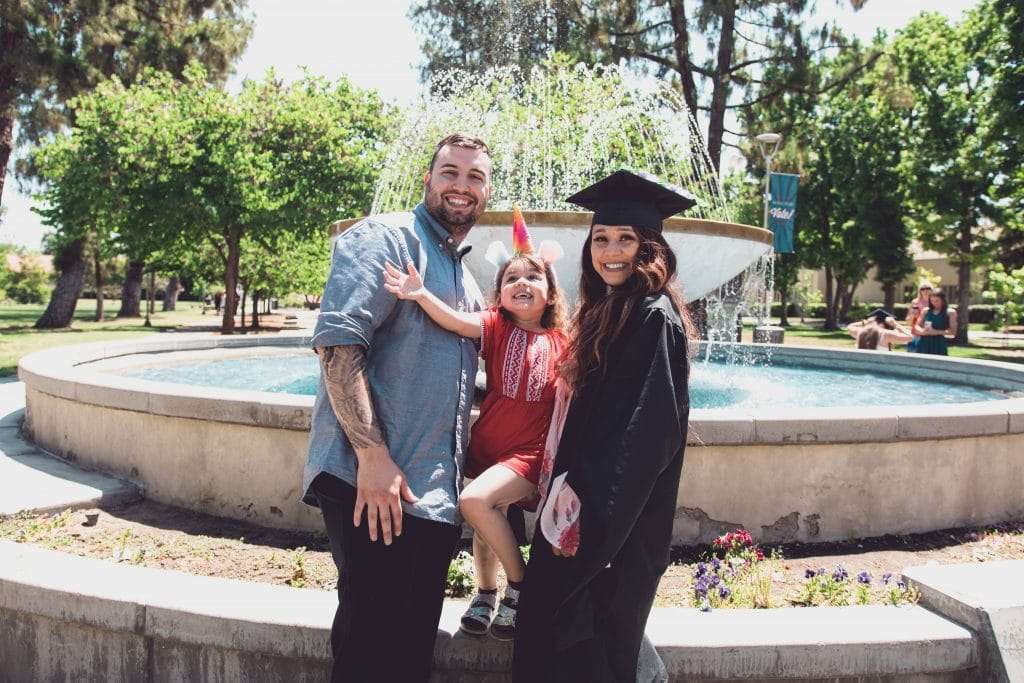 The baby’s father was thrilled that she decided to keep their baby and they worked together moving forward. Through the support of her family, the baby’s father, and Students for Life at Fresno State, Jessica was able to have her baby girl, Eden, complete her undergrad with a 4.1 GPA, and even study abroad for 11 days. Through her experience, she became a leader in the pro-life group at Fresno, garnering the support of professors and administrators while helping empower other student moms with Title IX information and free ultrasound support ensuring they had the information they needed to choose life and continue in their education. 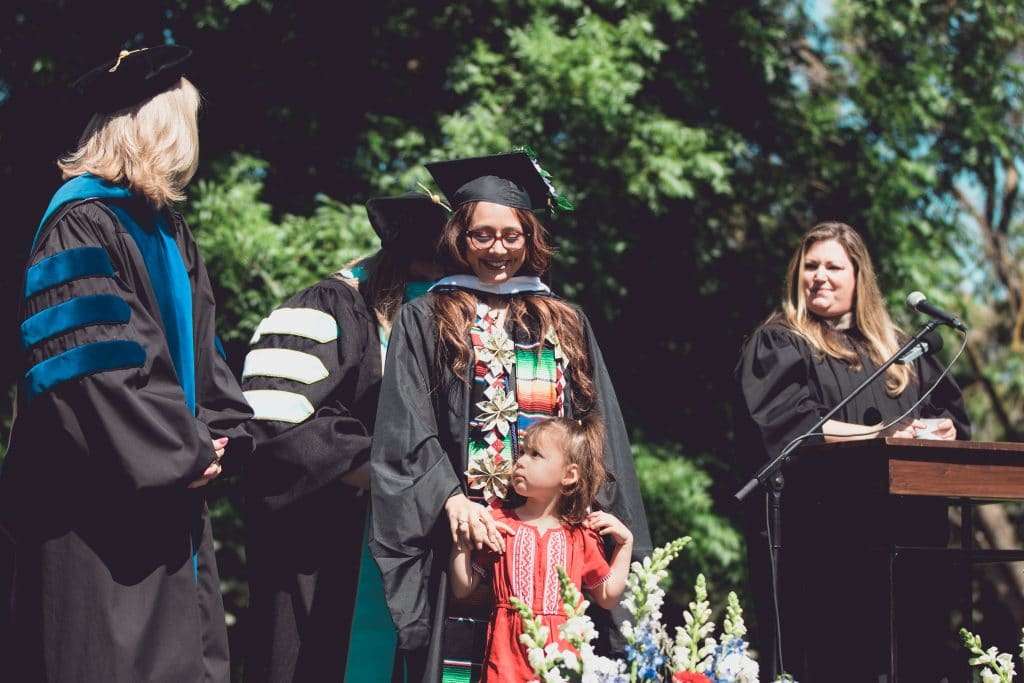 Jessica was one of only 20 students accepted into the Speech Pathology Master’s program at Fresno State. This May, Jessica walked across the graduation stage for a second time with her daughter Eden in her arms, being hooded as she received her masters degree. And several SFLA team members, including Standing With You director Camille Cisneros, were honored to be in attendance. Jessica spoke of how blessed she is to have Eden, Eden’s father, and her family by her side as she achieved her Masters. 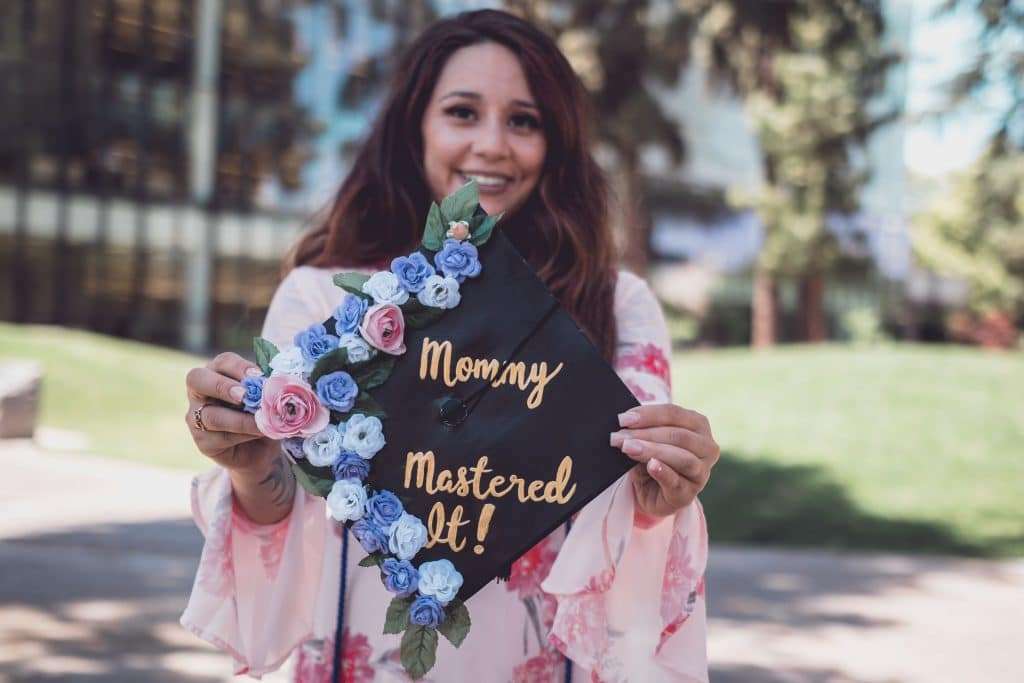 There were many times when Eden would be right there with her on campus, wrapped in a swaddle while she studied or coloring while Jessica was in class. Jessica said, “I can see just how proud Eden is of me as her eyes light up walking through campus and she’s been right there with me the whole way.”

As the SFLA team said goodbye, Jessica responded with, “See you again in two years when I get my doctorate!” 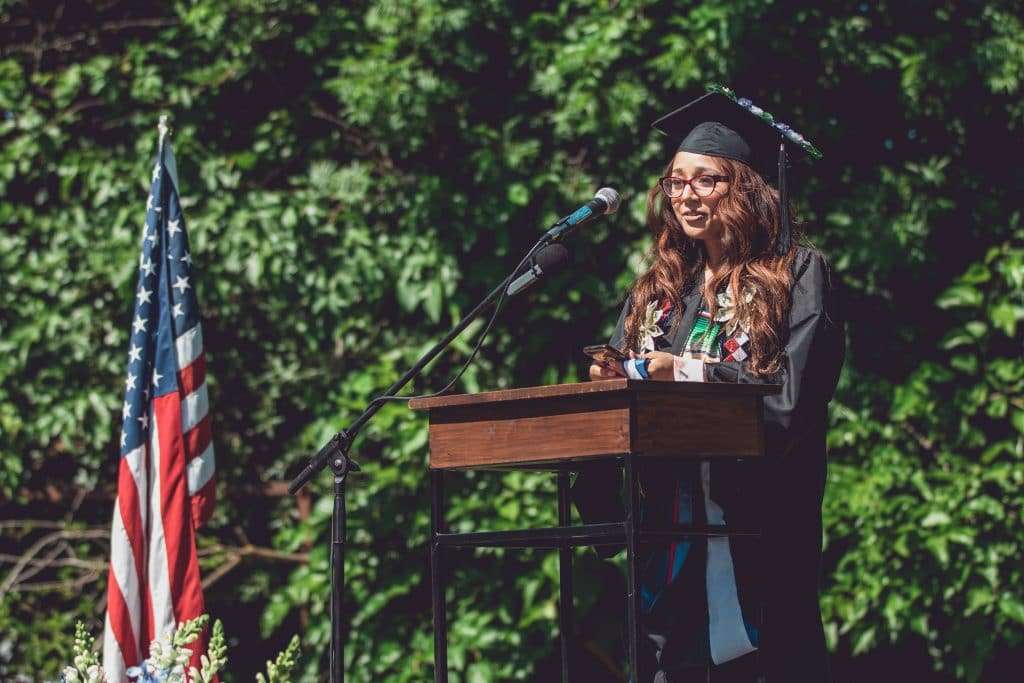 This is why we do what we do to support pregnant and parenting students. The supportive resources created by student groups on campus empower women like Jessica, to not only achieve her dreams, but to also show her daughter how it’s done so a legacy can be formed.