Pro-Abortion “Feminists” Canceled Me — So I Started a Newspaper 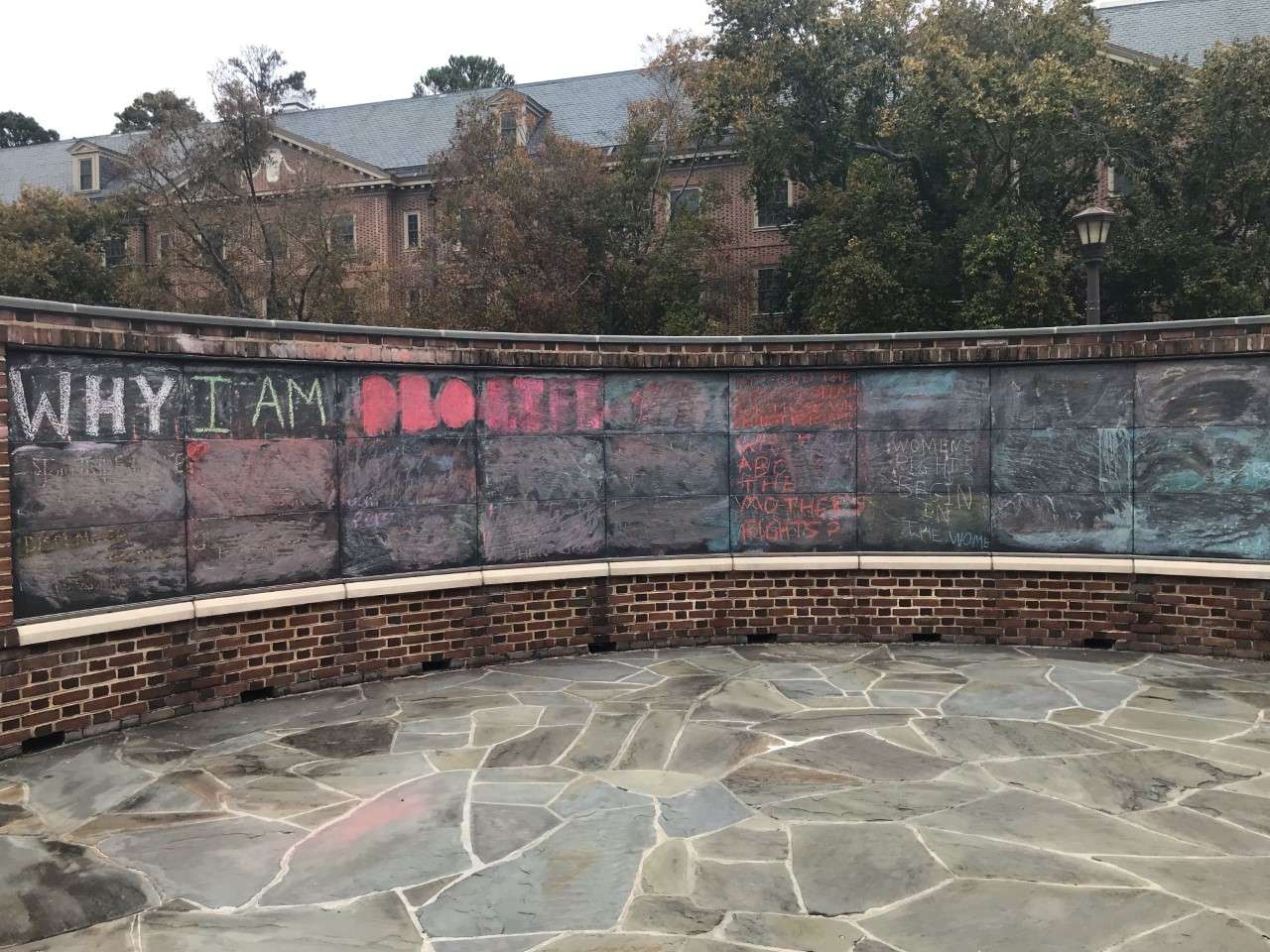 In October, I was part of Students for Life’s SCOTUS Squad, living in Washington, D.C. and advocating for the confirmation of Justice Amy Coney Barrett. One of the highlights  during our time there was the Women’s March. As it approached the Supreme Court, other representatives for Students for Life and I ran in front and led the March, holding up signs that read “Equal Rights for All Women: Born and Preborn.” We were feminist advocates for all. 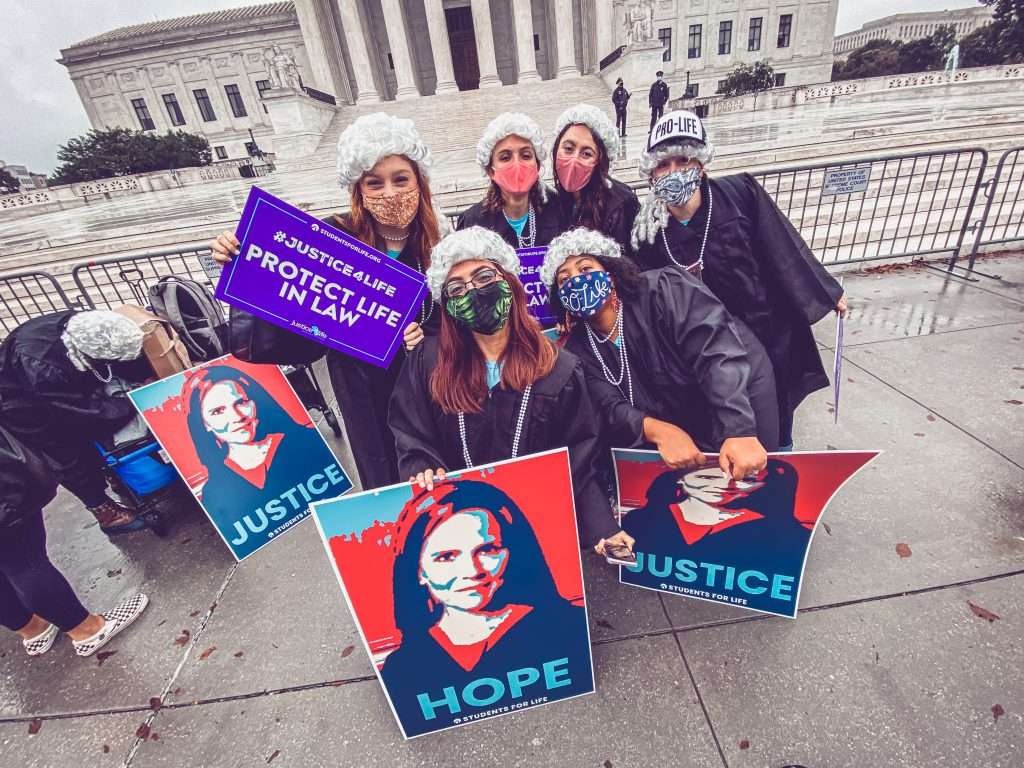 As the marchers turned the corner to the Supreme Court, they encountered a massive group of pro-lifers holding signs supporting preborn women. “She could be Rosa,” a sign read. She could be Ruth, She could be Sandra, She could be Gwen, She could be Rosalind. The preborn are not potential girls and women — they are girls with the potential to join any of the feminist icons who have emerged across our history.

Unfortunately, the Women’s Marchers did not appreciate our message — in fact, they hated it. As I held a sign affirming the value of equal rights for all women, I was bombarded by middle fingers, insults and breaches of my personal space (despite the raging COVID-19 pandemic). 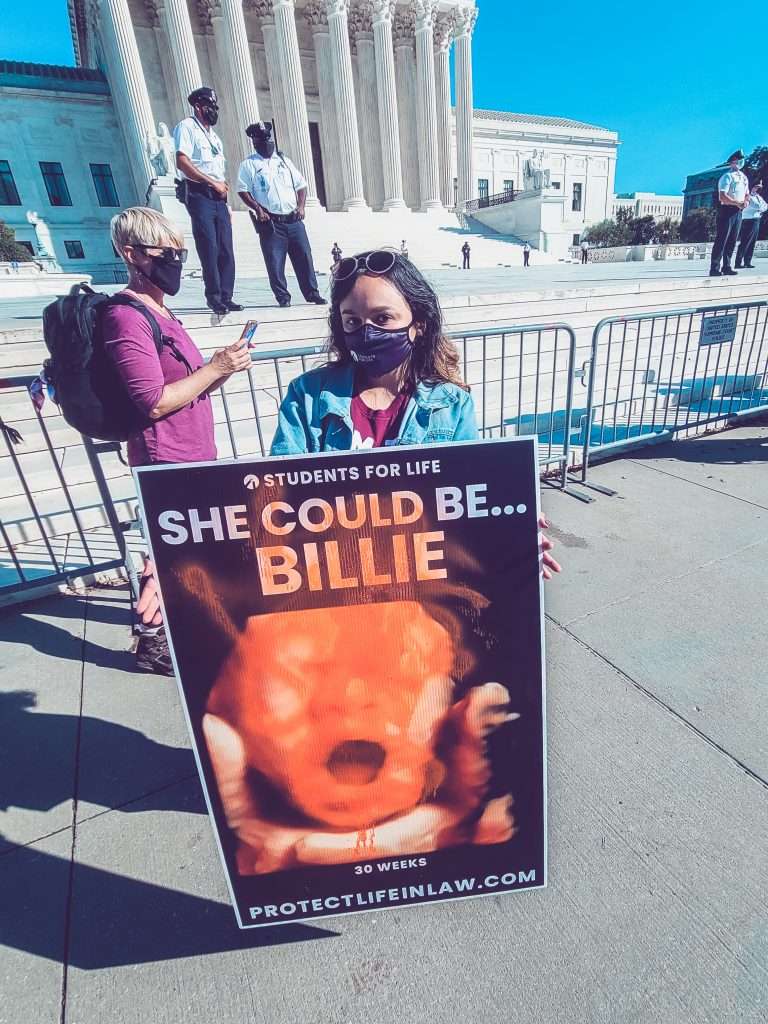 There were a few comments that remain particularly fresh in my memory. The Women’s March was composed mostly of women, but there were a few men in the group as well. One man got close to me, right in my face, and said: “You look ugly holding that sign.”

“You could be so pretty,” he said. “But you make yourself ugly by being here.”

“How can you call yourself a feminist and tell a woman she’s ugly just because she has different views?” I responded.

Contemporary feminism is, sadly, primarily pro-abortionism, and it strives to cancel feminists who oppose the destruction of persons in the womb. This was further impressed upon me when I returned to the College of William & Mary after my time in D.C. with Students for Life. Upon my arrival in Williamsburg, I arranged an activity with my pro-life group (Tribe for Life) where we wrote our beliefs about the value of human life on a chalkboard in the center of campus. An hour or so after chalking, our messages were erased. 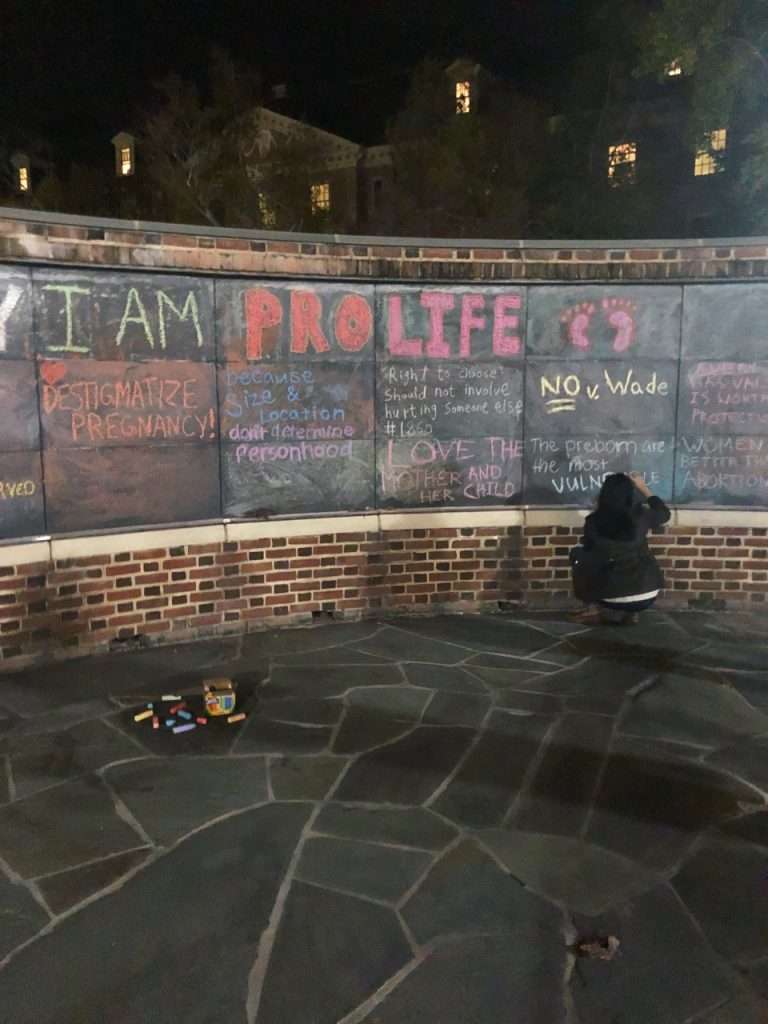 So we came back the next day. Frustrated, I wrote a large message in the middle of the chalkboard: “50% of women are pro-life. Stop silencing women.” An hour later, it was gone. 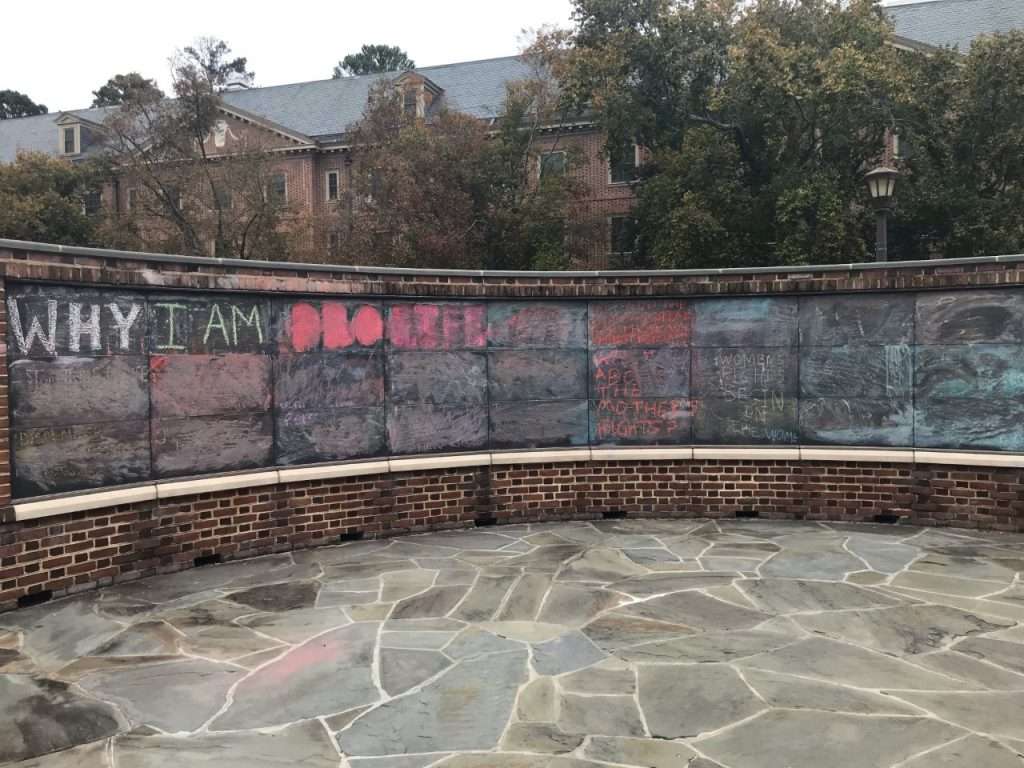 In the meantime, William & Mary students flooded Tribe for Life’s social media accounts with comments attacking and mocking us. Assertions that the women in our group were suffering from “internalized misogyny” and couldn’t think for ourselves filled our pages. “I hope he picks you,” a couple people said, implying that we were pro-life to impress boys.

Ironically, the boys at William & Mary were laughing at us in the same comment sections and — again — calling all pro-lifers ugly. “Find me one member of Tribe for Life who’s not ugly,” one person tweeted.

Do such tactics disguise that  abortion supporters don’t actually have good arguments against the pro-life view? Unlike them, I will happily acknowledge that many pro-choice people are intelligent and have a rationale for their views (although that rationale is tragically and fatally flawed). I will happily acknowledge that pro-choice people have a right to speak up and share their views. But instead of using pro-life displays as an opportunity to debate and discuss, at William & Mary they use them as an opportunity to bully and silence.

Is such behavior feminist, or is it rabidly pro-abortion? Is it truly feminist to “cancel” the women who disagree with pro-abortion dogma?

The mainstream believes that it is — revealing that their ultimate value is not respectful equality for all, but selfish autonomy. But pro-life feminists on my campus are speaking up, and we will continue to do so. Motivated by the campus-wide silencing of pro-life views, I founded the Christopher Wren Journal as a platform for opinions beyond the leftist echo chamber. There, I have published pro-life writing that was ignored by the establishment newspaper, and openly elaborated on my pro-life views. A Black friend of mine shared her disappointment about the neglect of the preborn in the Black Lives Matter movement. We’ve created a place to broadcast previously censored views.

The feminist movement founded by champions like Susan B. Anthony was pro-life from the beginning. Yet today, the concept of a “pro-life feminist” is denied on the contemporary college campus, as well as in society as a whole. But we as pro-lifers must not  allow ourselves to be denied. Whatever the cost, we must  use talent and initiative to make  our voices heard. Pro-life women will not sit by and be canceled, even when we are labeled “gender traitors” and thrust out of the feminist alliance.