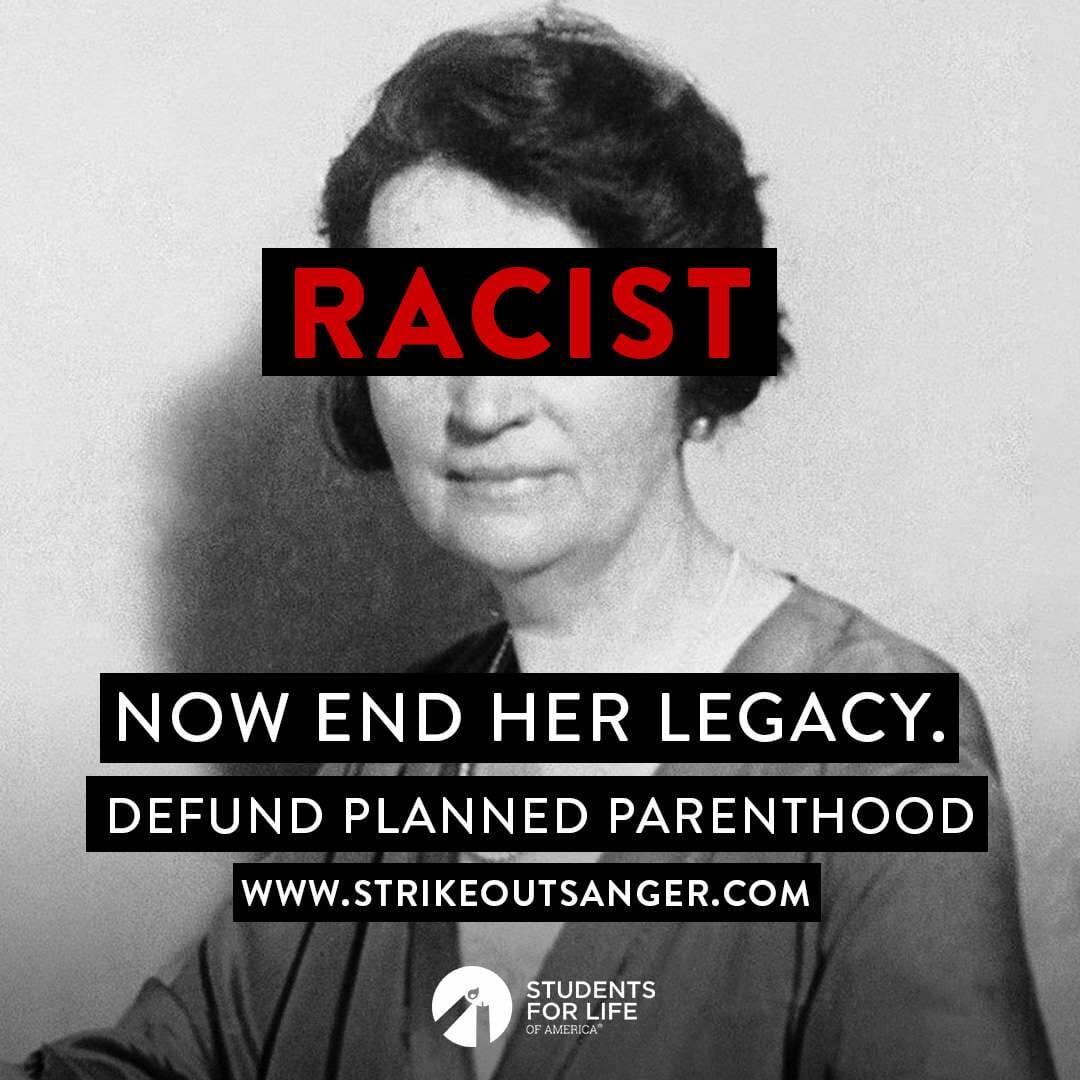 STONY BROOK, N.Y., and WASHINGTON, D.C. (04-26-2021) – Last week, Planned Parenthood president Alexis McGill Johnson penned a New York Times op-ed in which she decried the racist roots of the abortion organization she runs. “We don’t know what was in Sanger’s heart, and we don’t need to in order to condemn her harmful choices, said McGill Johnson in the piece. However, absent from her remarks about Planned Parenthood’s past is a commitment to reckon with the organization’s continued targeting of minority communities and killing of 972 children each day — of whom, a disproportionate number are Black.

Today, Margaret Sanger is still honored in the Smithsonian’s National Portrait Gallery, at Margaret Sanger Square in Manhattan, and with a Margaret Sanger Statue in the Old South Meeting House in Boston, MA. The racist Planned Parenthood founder is also the namesake of Sanger Hall at Chatham University in Pittsburgh, Pennsylvania, and Sanger College residence hall at Stony Brook University in New York. Students for Life is mobilizing the Pro-Life Generation to CALL and EMAILStony Brook University and urge the school to rename Sanger College. SFLA also urges concerned Americans to contact the president of Chatham University, the Mayor of Boston, and the Secretary of the Smithsonian, to remove their memorials honoring Sanger.

Toni McFadden, Minority Outreach and Healthy Relationships Director for SFLA/SFLAction, said that Sanger’s legacy persists today, and that the danger of her work remains eminent as long as Planned Parenthood continues to kill children. McFadden said: “Schools and cities should realize that in honoring Margaret Sanger, they are propping up not only Planned Parenthood’s historic racism, but its continued violence and injustice against the Black community, targeted by the billion-dollar Corporate Abortion franchise.”

college
College Students
In the News