Students for Life of America is assembling pro-life activists of all ages to engage in the multi-faceted Campaign for Abortion Free Cities  in 20 select cities across the nation.

In each city, our goal is to directly reduce the abortion rate by increasing awareness of non-violent abortion alternatives, decreasing support for the predatory abortion industry, and changing hearts and minds about abortion.

A big part of our plan to unify pro-life advocates in these cities is alerting the community about the dangers of the abortion industry by knocking on neighbors’ doors and starting conversations.

We are thrilled to share with you our successes from our first month on the ground this March!

People Activated to Join Us: 242

We spoke with a former nurse who did not know about pregnancy help organizations and all the free resources they offer locally. She was shocked to learn that there were other, better places than Planned Parenthood that she could refer pregnant women to for care.

We were able to inform many Georgians about abortion laws and even change some minds on the topic. One person we engaged in discussion with was a biologist and, by the end of the conversation, he had decided that abortion is wrong because science proves that life begins at conception.

Our group of pro-life activists knocked on 2,313 doors in just one day! We ended up changing the minds of 17 people who were initially leaning toward pro-abortion. 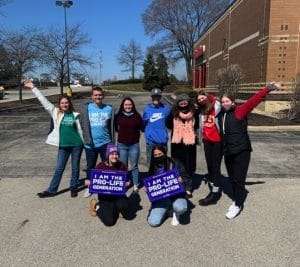 We knocked on the door of a man who sadly shared that his daughter was considering abortion. We prayed with him and even dropped off our Standing With You literature at his daughter’s home. 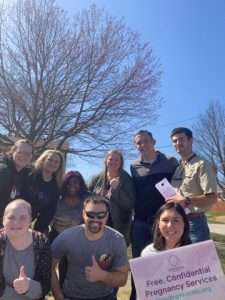 Many of the people we encountered had no idea that their local Planned Parenthood was riddled with scandals, including not being licensed to commit abortions. After learning about these issues, almost all the residents declared they would stop supporting the abortion facility and offer their support to local pregnancy help organizations instead. 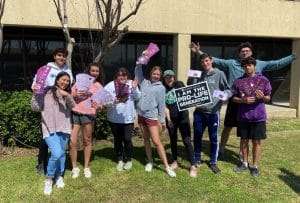 We were, unfortunately, met with a surprising amount of negativity and hostility while door knocking in Denver. Our students and volunteers were determined to push through and successfully mobilized new recruits to the pro-life cause! 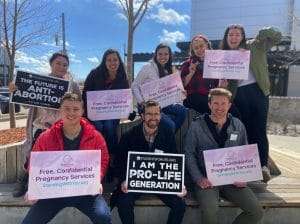 One individual we spoke with was not aware of all the resources offered by local pregnancy help organizations. After chatting with us and reviewing our literature, they decided to donate baby items to their local pregnancy center! 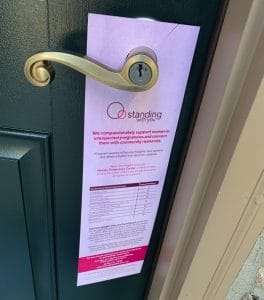 We encountered several women who shared their testimonies of needing healing after abortion even years later and never having someone to talk to about their experience. We were able to stand with these women, be a listening ear, and provide healing resources for them. 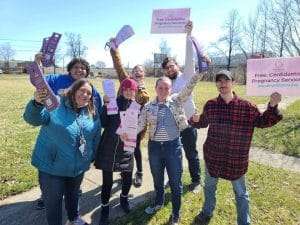 At one home, we had a very long conversation with a woman about the lack of resources for the Black community in Mississippi. Even though she was pro-choice, she put up one of our yard signs and offered some suggestions for other resources we could create to better help the local community.

One woman we talked with shared her personal experience of choosing life for her child and receiving assistance from a pro-life pregnancy help organization. Her story was inspiring, and she thanked us for our efforts to build a culture of life in Manchester.

Our group engaged in nearly 200 conversations and passed out yard signs to many households. There was a general excitement in the community as residents were extremely pro-life, but there was now a more tangible possibility of closing down Leroy Carhart’s dangerous, late-term abortion facility and helping women in Omaha. 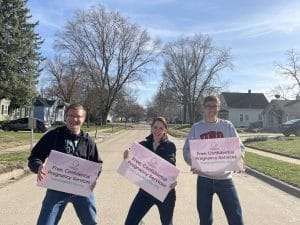 We spoke with one woman who shared with us that her niece recently chose life for her child after facing many difficulties. After our conversation, she proudly put up one of our yard signs advertising the Standing With You resource website. 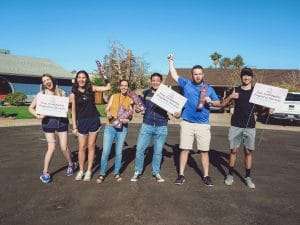 We engaged in a very productive discussion with a pro-abortion couple who even thanked us for our efforts, saying, “We are very pro-choice, but it’s good to know about these local resources. Thank you very much for this. Wow, you really are right, we do need to find common ground!”

Our team of door knockers faced a very liberal city but was met with some positive responses, including a woman who cried tears of joy when she heard the message we were spreading in the community. It was also encouraging to see one of our older volunteers be able to connect with an older audience. This just goes to show that you don’t have to be young to make a difference! 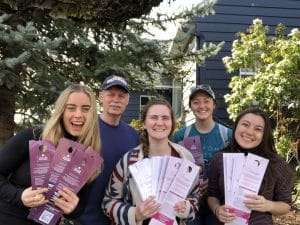 We had a wonderful conversation with a pro-choice man. Despite his opinion on abortion, he was extremely excited about what we were doing and the fatherhood resources available at the local pregnancy help organization. He was so inspired and said he wasn’t sure how he felt about the legality of abortion now but wanted to provide women with pro-life resources and encourage fathers to step up! 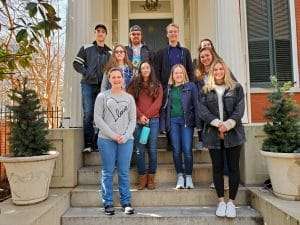 After reviewing the campaign literature with one of our student volunteers, a community member interrupted and said, “Oh wait! I know someone who thinks they may be pregnant!” He took the information and walked over to his car where his girlfriend was waiting. She initially seemed uncomfortable that he mentioned pro-life support but became more receptive as he shared the free resources with her.

Most of the residents we talked to were, sadly, supportive of abortions up to birth. Toward the end of these conversations, however, many ended up changing their minds and deciding abortion should be illegal in the third trimester. This was a huge success, especially considering the culture and mindset of the area we were in. 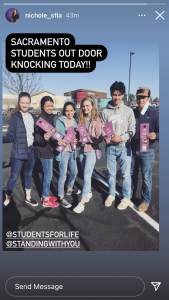 Our Tacoma door-knocking team had an amazing turnout and was able to knock on over 2,400 doors! All of the students and community volunteers were positively impacted by the weekend and signed up to join again in April.

If you are interested in becoming involved with this national (and local) effort, email [yourstate]@studentsforlife.org or sign up here.

Together, we will abolish abortion and build a pro-life future!