We Knocked on Over 2,000 Doors in Phoenix Last Weekend! 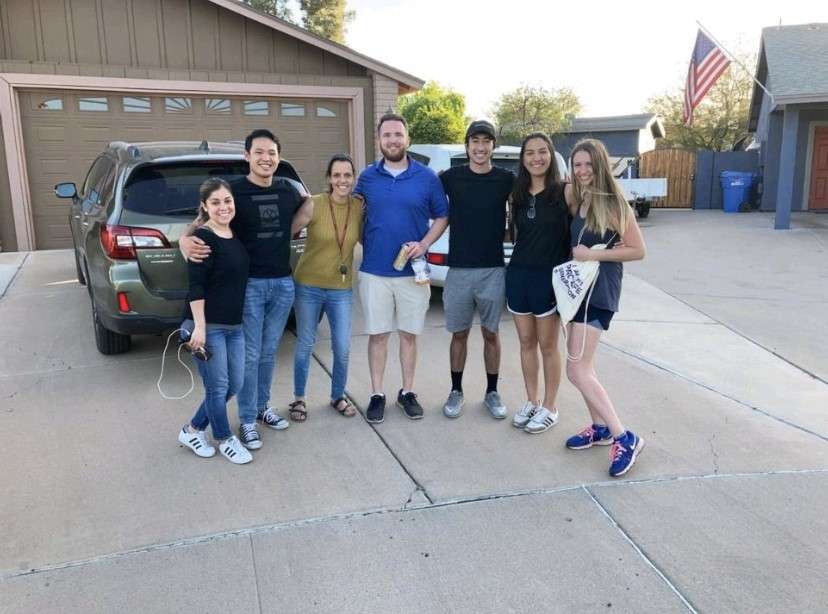 As part of our new Campaign for Abortion Free Cities, Students for Life is participating in monthly community door knocking in twenty cities nationwide. In each city, our goal is to directly reduce the abortion rate by increasing awareness of non-violent abortion alternatives, decreasing support of the predatory abortion industry, and changing hearts and minds about abortion.

This campaign is HUGE. On March 27th alone, the Pro-Life Generation nationwide knocked on 9,259 doors, which brought the grand total of doors knocked to 22,505! And it gets even better… our students and staff had 540 conversations about abortion on just that one day. 79 of those people were already pro-life and moved to take action on behalf of the preborn. And 21 of them were pro-choice and changed their mind about abortion! THIS is how culture changes.

Below, read about just one of the twenty cities where we knocked on doors last weekend.

My door-knocking event for the Campaign wildly surpassed all my expectations. I am so happy to report that my students and community here in Phoenix showed up ready to work their hardest to make it a huge success, and they certainly did not disappoint! I am so grateful to all of them for their dedication and willingness to sacrifice their Saturday in order to educate the community both on the truth about Planned Parenthood and the abortion industry and the life-affirming alternatives that are available to women in crisis. I am truly blessed to be able to work alongside them in this fight for LIFE.

Though we were a small group (seven of us), and though it ended up being the hottest day in AZ so far this year, we managed to exceed our 2,000 door goal by reaching a total of 2,025 doors in just one day! Tracking everything as we went, we ended up having 165 conversations, activating 43 people to pro-life outreach, and changing the hearts and minds of at least nine people on the issue of abortion! I am so pleased by the outcome of our efforts and only more encouraged and convicted to keep working to change hearts and minds on abortion and to build up the pro-life movement across America. So many great interactions came out of the day. But I wanted to highlight a few and include some of the pictures we took of the wonderful pro-life supporters we met in our area.

Mathew, a Kinesiology major from Cal State Long Beach, Jesse, an ASU alum and dear friend of mine, and Jason, a graduate of Thomas Aquinas College, all had prior experience with door knocking and so they led the charge of dividing and conquering by each taking a different neighborhood. I was so impressed by their leadership and was put at ease due to their confidence and experience throughout the day! Mathew even decided to start taking selfies with many of the people he met who supported our efforts and, as you can see from the pictures below, it became the group trend. 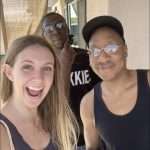 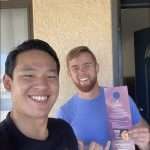 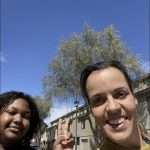 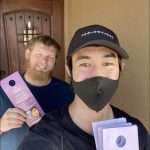 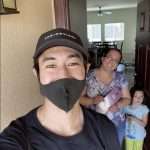 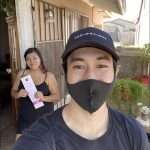 The girls drove together in another car and we were lucky to have with us the amazing Camille Cisneros, director of Supportive Services for Students for Life, who flew all the way from San Diego to join in the day and be our designated driver! Sarah and Tori, also TAC alums, tag-teamed the whole way, and Lynn Fischer, a student at ASU who had door-knocked for the senate runoff in Georgia, met up with us at lunch and played a BIG part in our success. It really was amazing to see—I kept thinking the heat and the hours would wear them out, but they just kept on going!!

And a special shout out goes to my brother Rocky and his wife Caitlin, who took time out of their busy lives and schedules and showed up with their two little boys (my ADORABLE nephews) to door knock, offer signs, and educate people on the importance of helping pregnant women in need.

It is hard to express the joy I feel in knowing that we have the support of so many as we hit the ground running to launch this Campaign for Abortion Free Cities, and that our efforts are truly making a difference. We watched minds change and people become energized about getting involved right before our eyes, and we even had the privilege of speaking with a woman who was post-abortive and helping her to find the healing support she needed after years of regret and sadness over the loss of her sweet baby.

It is truly humbling and inspiring to see people so open and willing to help and so grateful for the work being done to help women choose life. I honestly cannot believe I get to do this for a living, but I am so glad that I do, and that I have the support of so many wonderful people to help me along the way. Thank you all, and cheers to what awaits us at the next door knocking event on April 30th.