At the small Gettysburg College in Pennsylvania, the student senate has decided that $20 for Plan B (“emergency contraception”) isn’t good enough for the 2,600 student population. Hence, they’ve proposed to the administration the addition of a 24/7 vending machine that gives students access to the drugs for free. Problems with this proposal abound.

Plan B is a form of emergency contraception, which is known to carry the risk of causing early abortions by making the uterus uninhabitable and dangerous for a preborn child. The FDA has acknowledged that Plan B is capable of preventing implantation, making it an abortifacient. (1) This is our biggest issue with contraception vending machines on campus. But there’s more…

Plan B Increases the Risk of Ectopic Pregnancy 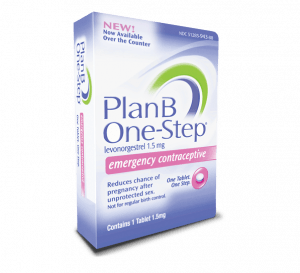 Ectopic pregnancy is life-threatening and occurs when a newly-conceived embryo implants somewhere other than the uterine lining (often, a Fallopian tube).

In 2003, the United Kingdom’s Department of Health (2) found this possible complication by observing the effects of Plan B after it was sold. In a group of 201 emergency contraception failures, they found twelve ectopic pregnancies, or a 6% rate. This is triple the current ectopic pregnancy rate in the UK and the United States, which is approximately 2%.

The regular side effects of Plan B are very similar to the symptoms of an ectopic pregnancy, meaning the drug both increases the risk and lowers the likelihood that a mother will detect the danger. In a study to see how well people understood the warnings on the label of Plan B, more than 20% of people did not understand the potentially fatal nature of severe abdominal pain that may occur after using Plan B. (3)

Plan B is a mega-dose of the birth control pill, which has been categorized by the World Health Organization as a Group I carcinogen. That’s the highest possible ranking. Substances in this group have the highest cancer risk — cigarettes and asbestos are also in Group I.

Plan B One-Step is made of a drug called Levonorgestrel, which is a strong progestin (artificial progesterone) that can increase the risk for breast cancer up to 44%. (6) In addition, below are other harmful side effects that may occur from oral forms of this drug.

Did They Really Say That?

Part of the student senate’s argument in favor of a Plan B machine was that unplanned pregnancies set students up to fail. As reported by the school’s newspaper:

“In response to questions about the appeal of the proposal to the college, Senator Colin Hughes ‘23 mentioned the negative effect of unplanned pregnancies on student retention. In response, Academic Affairs Committee Chair Garrett Goodwin ‘21 asked if “we have any evidence of kids actually dropping out of college due to [unplanned pregnancy].” Hughes then cited statistics reporting that community college students who have children after enrolling drop out at significantly higher rates than their peers, including those with comparable GPAs.”

This response is perfectly in line with the abortion industry’s classic jargon. Women can’t be successful without killing their babies. Women need abortion. Here’s a thought: if the student senate at Gettysburg are motivated by helping women in unplanned pregnancies, they should check out our Standing With You Initiative which actually helps them (100% carcinogenic, abortifacient drug-free). Setting student parents up for success with material assistance, family study rooms, diaper decks, and other accommodations would be the pro-woman thing to do here.

They’re Going to Pay for This… How?

As Young Americans for Freedom pointed out, “Senator Abigail Hauer suggested that the senate could offer to pay for the initial cost of installing the vending machine, [$5,000], however no plan has been released detailing how they plan to obtain this money.” Presumably, they would pull it from their own allotment. Which comes from students – many of whom would likely morally object to having their money used in this way. There’s also no financial plan for the continued upkeep of such a machine.

Plan B can cause abortions and has numerous health risks, it’s degrading to women, and it’s virtually impossible to fund the thing without taking money from students who oppose it. Not to mention, dispensing free pregnancy-ending drugs 24/7 is a great way to encourage male students to secretly drug their sexual partners… a trend that has only risen with the increasingly widespread distribution of chemical abortion. So, Gettysburg College… just don’t.