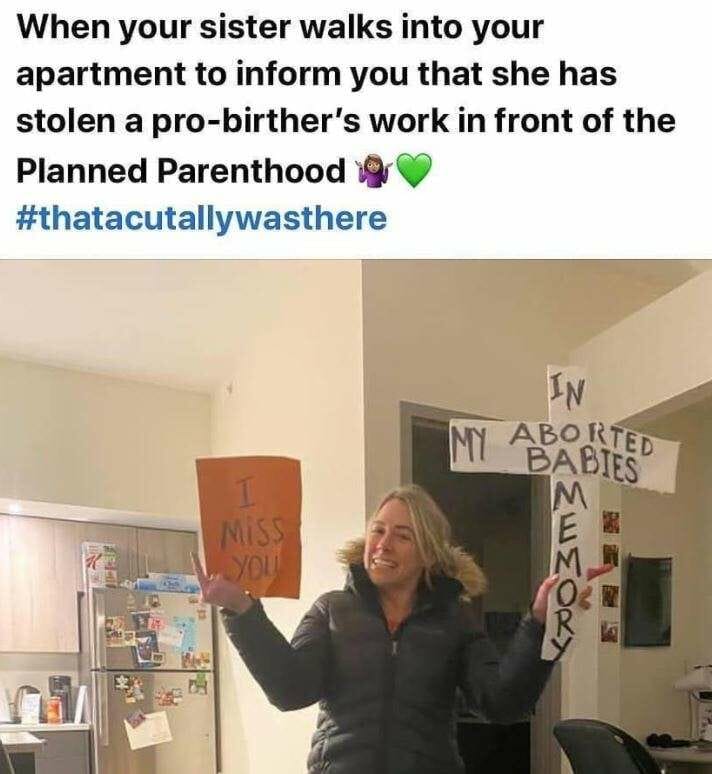 In Rochester, New York, there’s a woman named Dorina Hayes who has undergone three abortions at the local Planned Parenthood of Central & Western New York and regrets them deeply. To memorialize the children she lost, she set up a small memorial on the roadside (much like you see done for car crash victims). BUT, not only does the Planned Parenthood not care that this post-abortive mother is suffering… but they are maliciously taking action against her memorial display.

The Timeline of Events

Friday, January 22nd
Dorina Hayes puts up the first display with help from SFLA’s Ben Chernjavsky and two pro-life students. Surveillance footage showed that Planned Parenthood workers took down the memorial at the end of the day.

Saturday, January 23rd
The display was put up again and this time, Planned Parenthood employees were caught in the act of vandalizing it. The police were called but did nothing about it.

Tuesday, February 2nd
Dorina puts another memorial up but within half an hour, a police officer and a man from the nearby homeowner’s association (armed with a razor) come to remove it. Dorina alleges that the man shoved her out of the way. When she asked the police officer about it, he said that ‘she should have gotten out of the man’s way’ and ‘that it is the man’s job to take down memorials.’

Note the malice and middle finger in the face of a fellow woman’s loss.

Thursday, February 4th
At 11A.M., Rochester PD officers held a meeting between representatives of the homeowners association (who are pro-abortion), Planned Parenthood of Central and Western New York CEO Michelle Casey, and Dorina Hayes to discuss the matter. Nothing was decided at the meeting; the police simply listened to everyone’s opinions and declared that they wanted everyone to co-exist.

What’s Wrong with this Picture?

In the weeks leading up to the January 22nd abortion memorial placement, Dorina had asked police about other memorials in the area, to which their response was: “You can’t take them down because they’re public displays.” This is especially interesting that they said memorials were protected BEFORE they started defending Planned Parenthood/the HOA from removing the pro-life one.
There are multiple other memorial displays nearby that no one seems to have a problem with. In fact, there is a memorial right around the corner from Planned Parenthood (on Gibbs street) that has been up for months.

A Daniel Prudes memorial was put up in the city of Rochester during the BLM riots and is still up to this day. Additionally, there are multiple car crash victim memorials in the area. 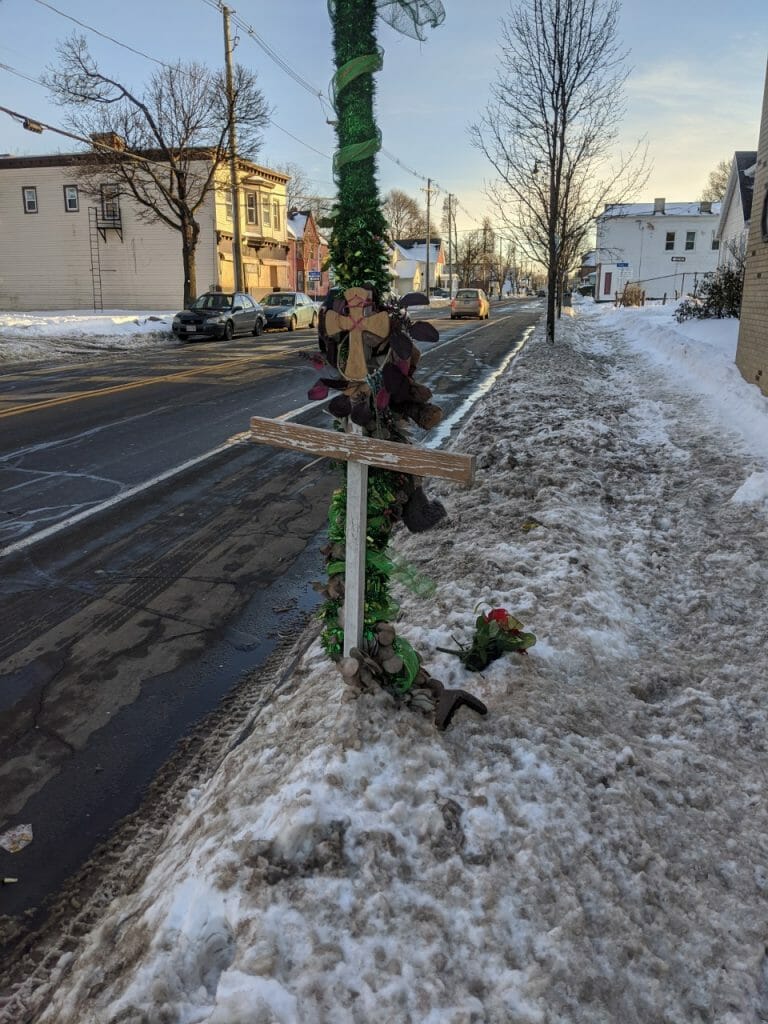 So, to recap: we have an abortion facility refusing to let a mother grieve, a homeowner’s association that has partnered with the abortion facility to further harass the mother, a lackluster police response, and the generally not good look of it being exclusively men who have attacked the display (and even physically shoved Dorina). The RPD has scheduled another meeting for Feb. 18th at 11:00a.m.

This is not the first run-in with this particular Planned Parenthood. In July 2020, pro-life students painted “Black Preborn Lives Matter” on the street outside of their headquarters. One of the students was Ben Chernjavsky – the same student who helped Dorina put up her memorial. Planned Parenthood, who apparently think they own the entire general area in which they exist, vandalized the paint and blacked out the word “preborn.” 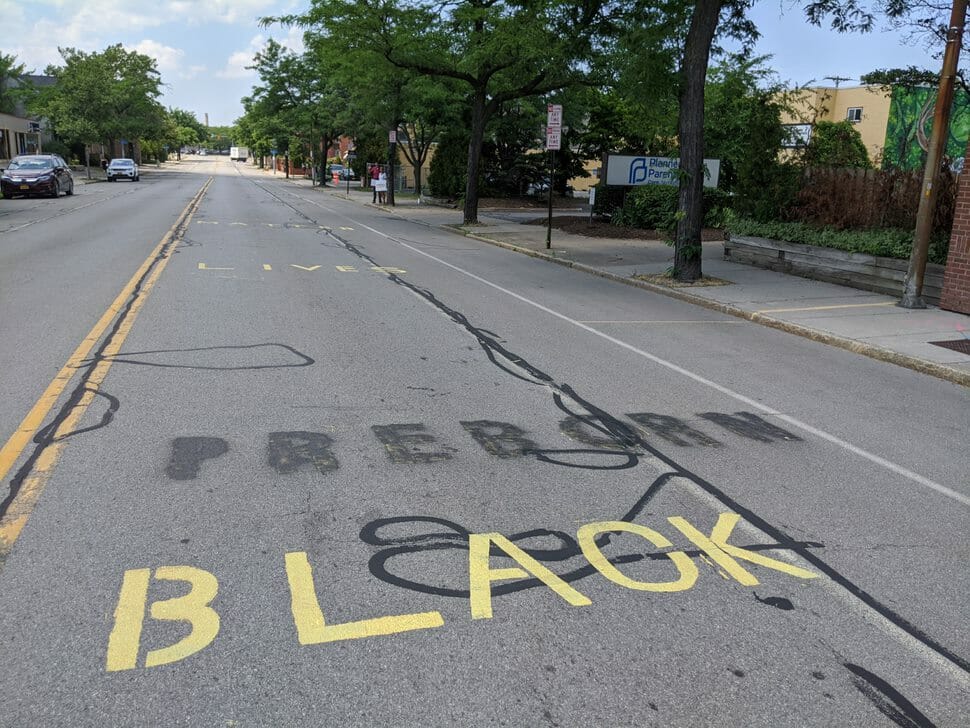