Honduras Just Put Respect for Preborn Life in their Constitution

As January came to a close, lawmakers in Honduras took a big step in protecting the lives of their most vulnerable citizens by amending their constitution. The new amendment prohibits the “interruption of life” of a fetus, “whose life must be respected from the moment of conception.” This Central American nation was already among the most pro-life in the world… but now, many other countries seeking to restrict the violence of abortion can look to them as an example.

The adjustment to the constitution was deliberately written to make it very difficult to nullify in the future, which means that abortion will likely remain illegal for the foreseeable future. “As a woman and a mother, I am in favor of life and against abortion, I want to speak on behalf of those who are in the mother’s womb and cannot be opposed,” said Gloria Bonilla, a Deputy for the Liberal Party who voted for the change. 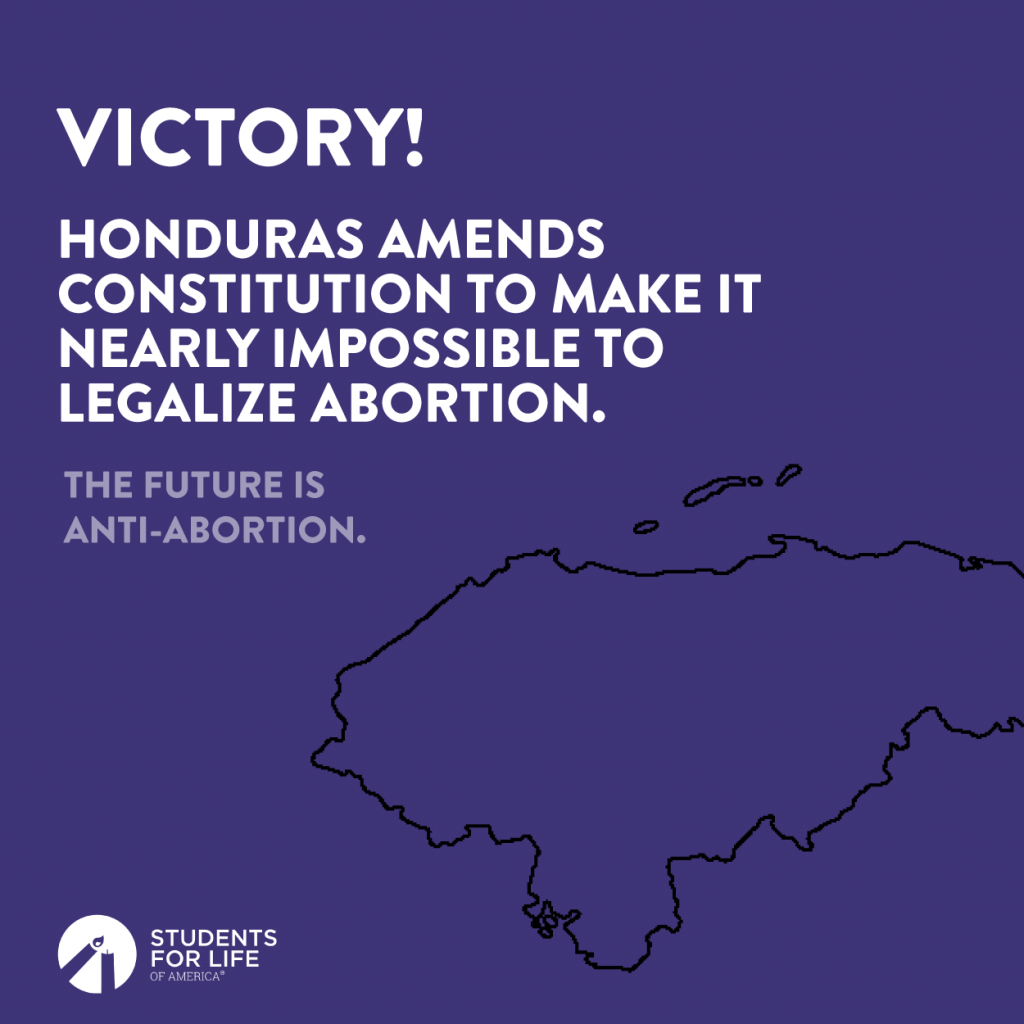 As liberal media in America are keen to point out, Honduras still has work to do in the areas of reducing sexual violence and (though they don’t say this outright) increasing supportive services for families in unplanned pregnancies. These are both goals that abortion supporters and pro-lifers share. But killing innocent people to “solve” those goals can never be deemed an acceptable solution. CNN, for instance, enjoyed citing maternal death rates and the tired line that “women are going to do it anyway” as an argument for why illegalizing the termination of preborn children is bad. Try applying that logic to any other social issue. It doesn’t work.

We celebrate with life-respecting activists in Honduras that countless babies will be spared by this legislative action, and hope that pro-family strides can continue to be made so that abortion is not only illegal, but unthinkable.