Students for Life Action Knocked on Over 70,000 Doors in Georgia! 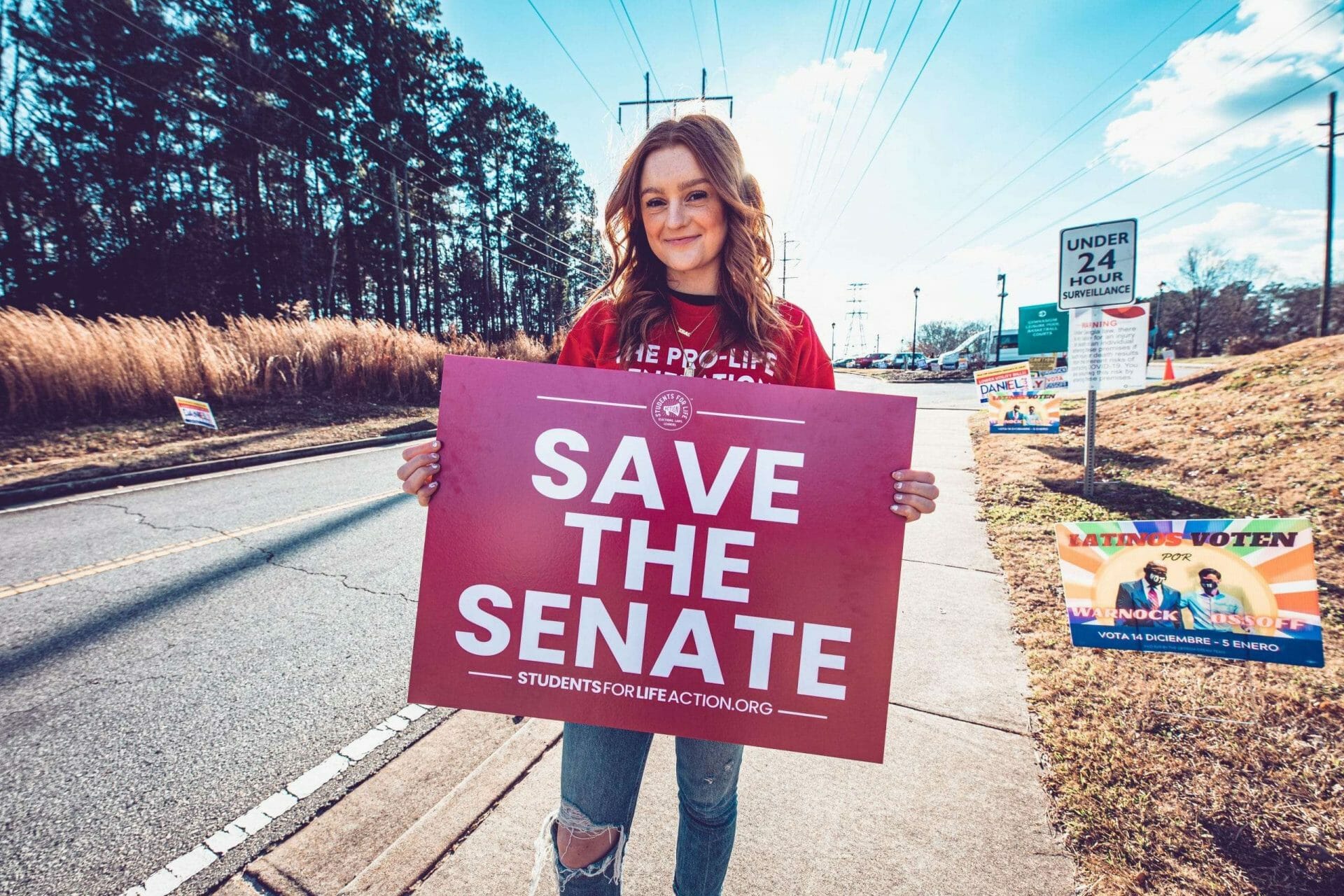 On January 5th, a very important special election was held in Georgia. The stakes? Whether the U.S. Senate would retain majority pro-life control… or shift to majority pro-abortion control. With stakes like this, of course Students for Life Action (SFLAction) headed to Georgia to urge voters to #SavetheSenate and #VoteProLifeFirst. 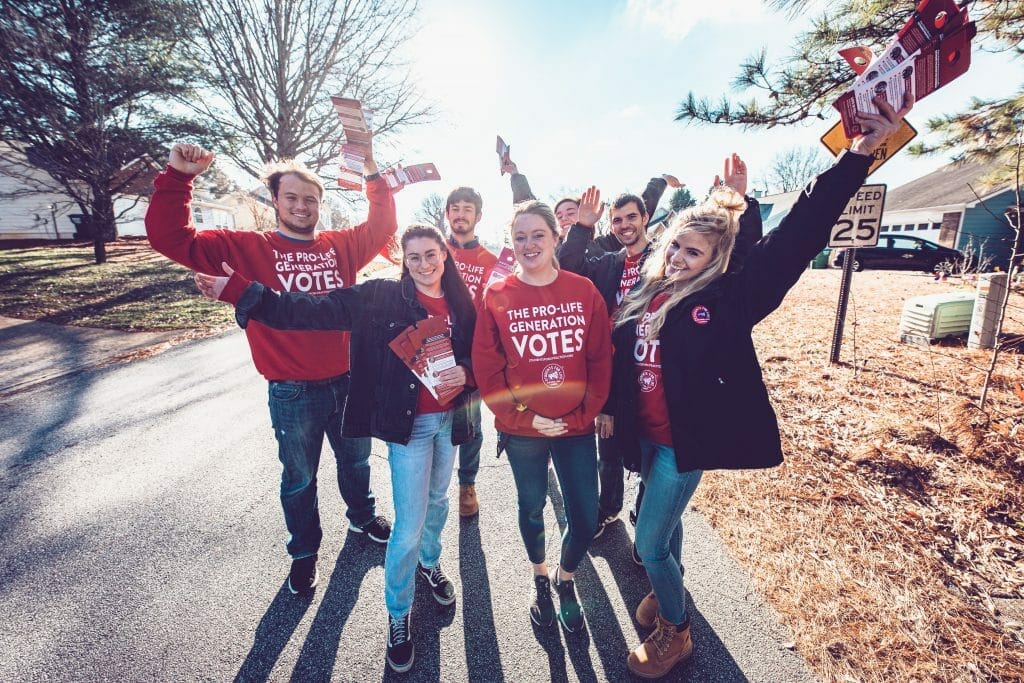 Nearly 200 students and staff traveled with Students for Life Action to Atlanta on January 1st with the goal of knocking on 50,000 doors in support of Georgia’s pro-life candidates, David Perdue and Kelly Loeffler. Watch the wrap-up video of our trip below…

With this many passionate pro-life students packed into twenty-two different vans, of course we blew the door-knocking goal out of the water. But that wasn’t all. Throughout the week, students consistently reported stories of great conversations with voters, plus minds & votes changed.

The Numbers: Students for Life Action…

With about 180 students knocking on thousands of doors per day, it’s no surprise that the stories they experienced were countless. And one key detail makes this extra neat. One evening, all the student volunteers gathered together to ask a panel of Students for Life team members questions. At one point, our Communications Director, David Cordaro, told the entire room: “Raise your hand if this is your first time doing an event with Students for Life!”

And most of the students threw their hands in the air.

Our team was blown away, and very humbled. Over half of the nearly 200 student volunteers had never done a thing with us before – yet they knew how critically important it was to urge Georgians to #VoteProLifeFirst. They knew that NOW was the time to step up, and in a big way. The following are just a few encounters we had in Georgia: 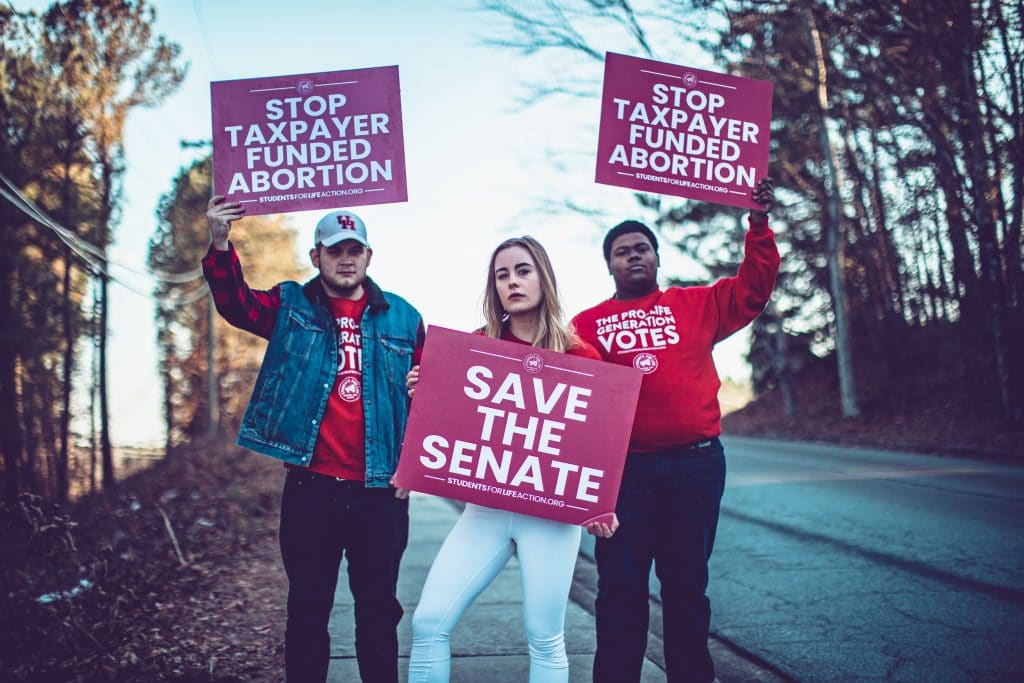 Did We Lose in Georgia?

In the practical sense of the question, yes. David Perdue and Kelly Loeffler both very narrowly lost their election bids to pro-abortion candidates Jon Ossoff and Rev. Raphael Warnock (yes, a Christian pastor who supports abortion up until birth and paid for by taxpayers). There are many post-election analyses out there about why things turned out this way that are worth reading, but for now, here are some silver linings as phrased by Titus Folks, the National Campaigns Advisor for SFLAction:

Students for Life Action is committed to continuing to be involved with elections – especially during the midterms in two years. We are launching new city-specific projects that will save countless lives and provide valuable messaging data to the pro-life movement. And, of course, we will never stop creating new, innovative digital media campaigns, working with students on campus, and changing the hearts and minds of our generation about abortion.

We encourage you to visit www.postroeblueprint.com for more on our long-term strategy to abolish abortion. 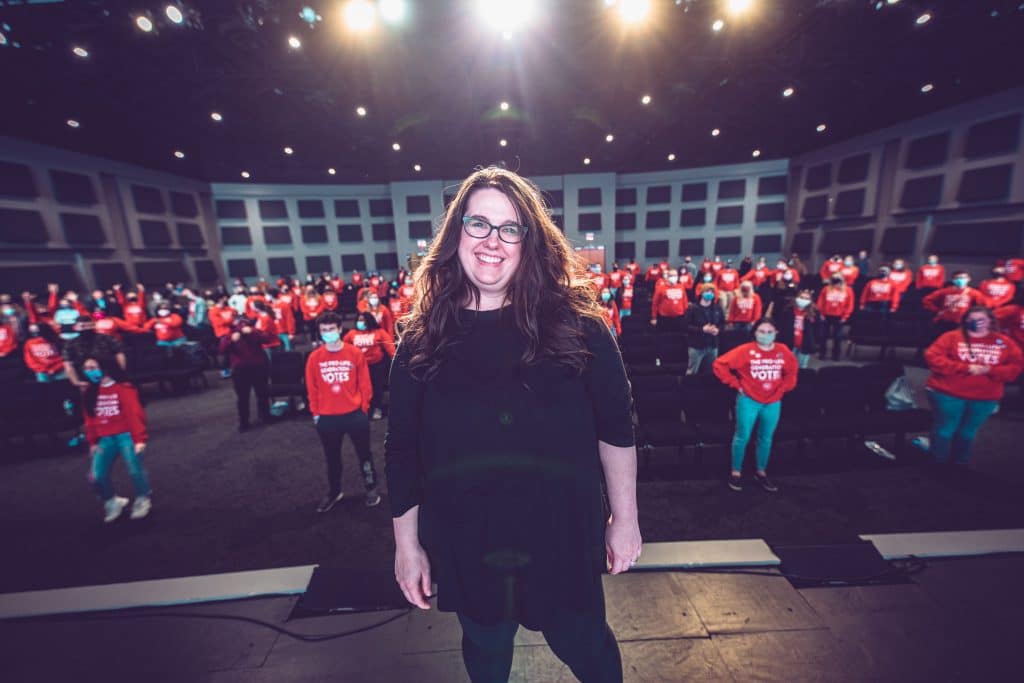