SAN ANTONIO, TX & FREDERICKSBURG, VA (10-19-2020) – Students for Life of America (SFLA) announced on Monday that they will be holding a #Justice4Life tour stop in San Antonio, TX as part of a nationwide #Justice4Life, 10-state Tour to demand the U.S. Senate confirm Amy Coney Barrett for the U.S. Supreme Court and to urge voters to #VotePro-LifeFirst in this pivotal election.

The national tour will also stop in West Virginia, Alaska, Minnesota, Michigan, Pennsylvania, North Carolina, Florida, Colorado, and Arizona. #Justice4Life tour stops will coincide with Students for Life Action’s (SFLAction) Activism Weekends, happening in eight of the 10 states, where students and volunteers will canvas to urge voters to #VoteProLifeFirst. With a Supreme Court vacancy in play, the importance of strong pro-life leaders in the White House, Senate, and House has never been clearer – which makes the need for voters to #VoteProLifeFirst even more urgent this Election.

Following the event, students and volunteers will proceed to local neighborhoods to connect with voters about the urgent need to #VoteProLifeFirst on Tuesday, November 3rd. In Texas, SFLAction canvassing efforts will aim to make voters aware of the pro-life records of numerous congressional candidates, including U.S. Rep. Chip Roy, who is a devoted ally of the pro-life movement. 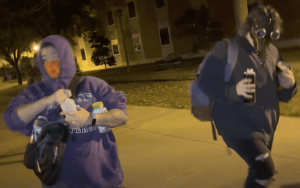