Abortion is the Most Important Issue of the 2020 Election. Here’s Why.

For SFLA, being pro-life means being anti-abortion. It’s that simple. And it means building a culture of life to support mothers and their children, born and preborn. Our movement votes for candidates who protect preborn life, because our politics witness our foundational belief in the inherent dignity of human life at all stages.

You may not personally like a candidate or everything he stands for, but compared to pro-abortion politicians, there’s no question. Catholics like Susan Vogt of The National Catholic Reporter, however, don’t view policies according to whether they’re inherently good or evil, but rather only by their consequences.

For example, writing in her piece titled Being pro-life is a messy affair during a presidential election, Vogt argues that your vote must be cast by how many lives are saved, rather than the policies that are enacted. She asks, “Does reducing abortions trump reducing deaths from poverty? Are not any of these societal ills life-threatening for too many people? How does a person of conscience decide what is most important?”

At the surface, asking these questions seem to be directed at choosing the lesser of two evils, but it’s really an argument for consequentialism and utilitarianism–both philosophies which are inherently against Catholic doctrine.

To be sure, the Church does care about the poor and even prescribes specific principles for labor and the government’s role in upholding the common good, but doesn’t ask us to prioritize it above life. This is because the outcomes of economic policy are largely unknown (variables like war, natural disasters, pandemics stand in the way of that). Abortion, however, unquestionably produces death.

The inherent dignity of human life isn’t up for debate, which is why we didn’t listen when overpopulation alarmists in the 70s tried to tell us there would be mass food shortages if we didn’t enact population controls. As it turns out, advances in agriculture were more than able to provide for our needs. 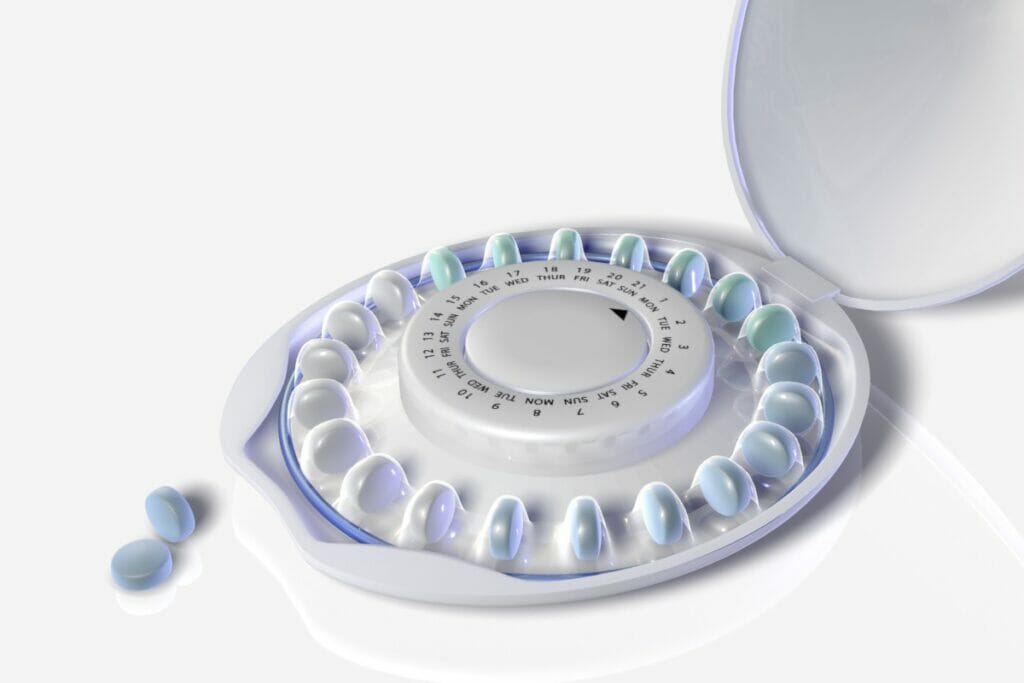 This is the same backwards logic proposed by Vogt, who presents a false choice, obscuring the Catholic ethic of life by pitting the lives of the preborn against the born. No, we need to respect the dignity of both, equally, and we won’t let fear of the future change that.

That’s why in 2016, many people, despite fearing that Trump’s tariffs would hurt our economy,  still voted for him because protecting life was the one thing they were sure their vote would go towards. And as it turns out, we’ve had one of the most spectacular economic comebacks in history, even amid a pandemic.

Most economic policy, unlike abortion, isn’t explicitly against Catholic social teachings, and therefore isn’t a non-negotiable issue. Joe Biden, however, if in office proposes forcing all citizens to pay for abortions, which is an economic policy that enters the realm of non-negotiable issues for Catholics. That’s because, as explained by the principles in the Eternal Word Television Network’s (EWTN) Catholic Voter’s Guide, Abortion always directly causes death. 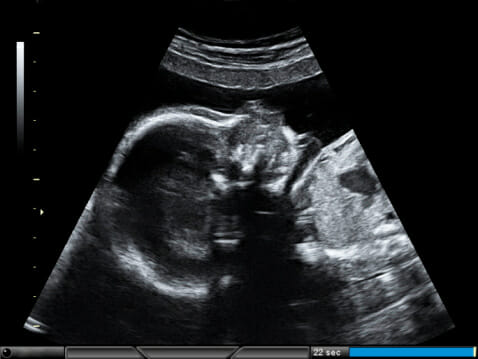 Vogt’s concern is poverty, but again, this is a circumstance which might lead to death. Abortion, on the other hand, only serves to ensure the death of human life at its earliest, most vulnerable stage. Things like economic policy do contribute to the common good but “In determining which candidate is a greater threat to morality and liberty, non-negotiable issues involving essential moral goods (e.g. life, liberty) are the most important. Essential goods directly oppose intrinsic evils which may never morally be chosen, thus, the moral tradition speaks of protecting morality as intrinsic to voting,” EWTN’s voter guide explains.

Negotiable issues, on the other hand, are not essentially good or bad but rather look at the best means or policies to uphold the essential good — which if life — it could be through health care, public safety and etc.  “The political process, therefore, doesn’t decide what the essential goods are, but the best way to preserve and serve them,” it adds.

The foundation of the pro-life movement is abortion as a non-negotiable issue, recognizing the inherent dignity of human life at all stages. We have a moral obligation to protect life, even if someone thinks that’s inconvenient for them. Preborn children especially need protection — they are voiceless — but that doesn’t mean they don’t have a right to life just because they can’t vocally defend it. That’s why abortion must be illegal — our personal feelings don’t change another’s right to life. 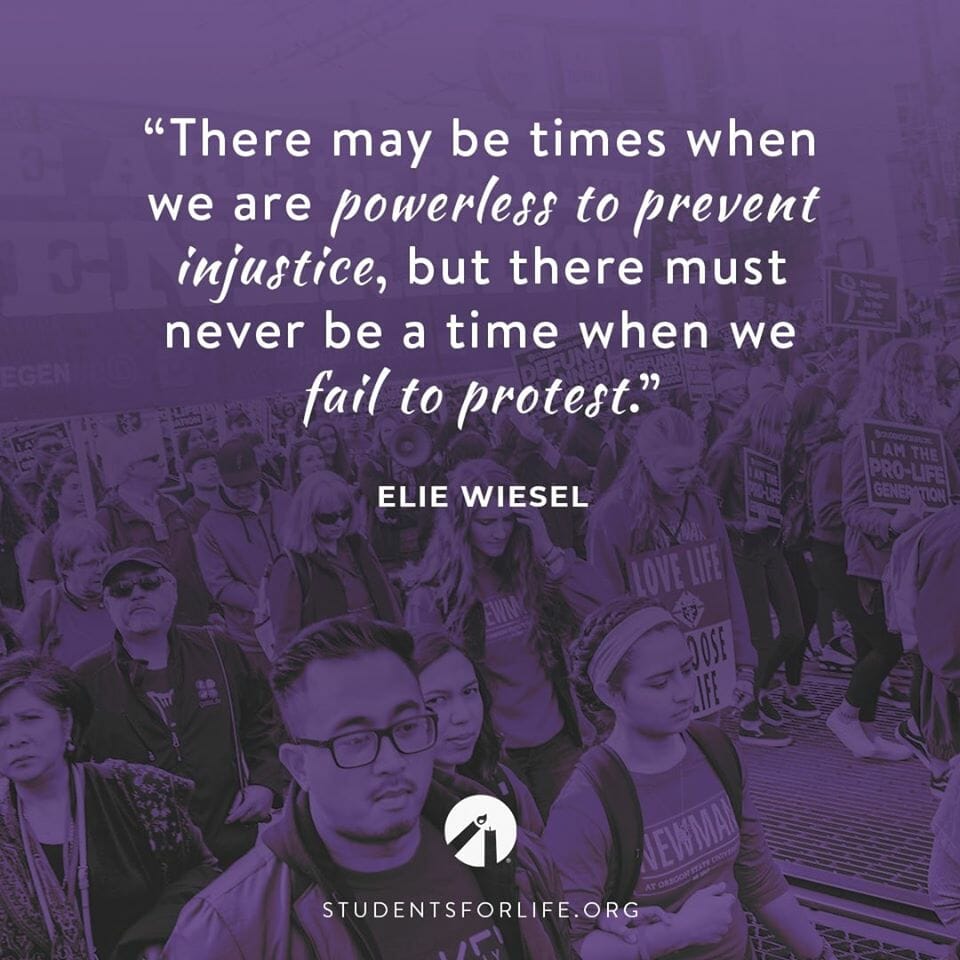 On this point, Vogt’s stance is unclear. She writes that she’s personally against abortion — does that mean she’s not interested in protecting preborn life in other women’s wombs? Is she personally against murdering people but doesn’t mind if others do it?

It seems almost insulting to ask the question, but then again she says that pro-lifers should support birth control. Does that include abortifacients? Even if we’re charitable and assume that’s not what she’s talking about, as soon as she departs from Catholic doctrine for utilitarianism and moral relativism, we can no longer trust she aligns on traditional Catholic views. Nevertheless, she’d be hard-pressed to prove that there’s a more serious civil rights issue than the systemic killing of 800,000+ babies per year (in the US alone) — even according to her system of values.

Authentic Catholic teaching, however, recognizes that as soon as you disregard the first principles of the inherent dignity of preborn life, all of society falls apart. Saint Pope John Paul II explains this in his encyclical letter Evangelium Vitae (the Gospel of Life), that:

In this way, any reference to common values and to a truth absolutely binding on everyone is lost, and social life ventures on to the shifting sands of complete relativism. At that point, everything is negotiable, everything is open to bargaining: even the first of the fundamental rights, the right to life.

Vogt says we must vote according to our consciences but as EWTN’s voter’s guide clarifies, Catholics must form their consciences by Church teaching.  Sure, everyone has the right to choose between good and evil, but no Catholic in good conscience can deny our fundamental right to life.

The Pro-Life Generation is hopeful and preparing for a post-Roe world — where life is respected and cared for and abortion unthinkable — but the enacting of that future depends on all of us. Your vote matters. 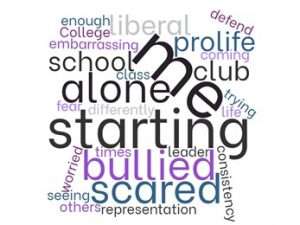 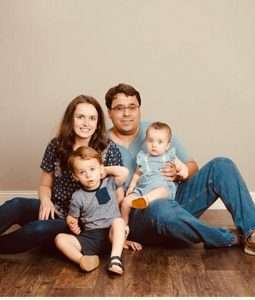