Five Things That Planned Parenthood Doesn’t Want You to Know 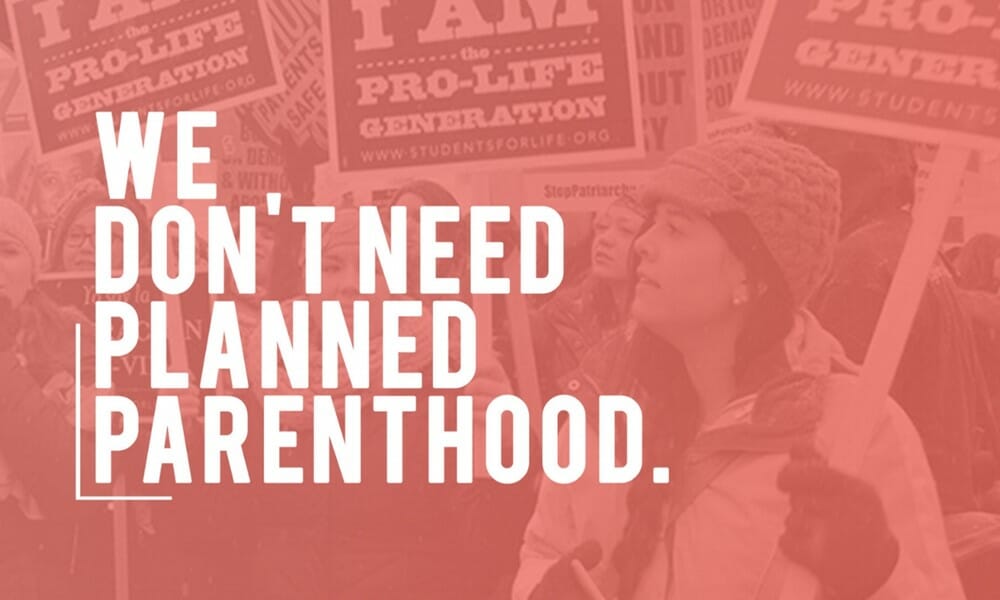 Planned Parenthood’s motto promises women “Care no matter what.” This statement may be true, but not in the way one would think. Relying on the sexual revolution philosophies, the abortion provider commits over 300,000 abortions every year, and more than 900 abortions every day. Advertising themselves as an advocate of women’s healthcare, the organization has helped promulgate the idea that abortion somehow sets women free.

But Planned Parenthood’s falsehoods about abortion have only left women with empty promises and misconceptions about their own worth, including that of their child’s. Once the smokescreen behind the abortion propaganda has been lifted, it’s difficult to see abortion as anything else than what feminist Alice Paul said it was many years ago when she referred to abortion as “the ultimate exploitation of women.”

1. Abortion Has Not Made Women’s Lives Better

Sarah Weddington, one of the attorneys who argued for Roe v. Wade, claimed that abortion access would protect pregnant women against discrimination in the workforce and improve their social welfare. While Weddington acknowledged the legitimate grievances many women faced during this time period, legalized abortion did nothing to bring about the widespread change that was sorely needed.

Research into laws that combated sex discrimination has shown that “Roe is rarely cited as a precedent for women’s rights in any area other than abortion. Virtually all progress in women’s legal, social, and employment rights over the past 30 years has come about through federal or state legislation and judicial interpretation wholly unrelated to and not derived from Roe v. Wade.”

The social issues women were struggling against still remained after abortion was legalized in 1973. Roe did not grant women the same educational opportunities as men, nor did it protect them from being fired from their job for being pregnant. Instead, the ruling placed the responsibility on the woman for finding herself pregnant, and it merely offered abortion as a hollow remedy to her situation.

Abortion has also completely failed to resolve the problems its proponents like Planned Parenthood claimed it would erase. Since abortion was legalized, unintended pregnancies have increased substantially, and single motherhood rates have risen, as well as child abuse and divorce rates. Does relying on abortion as a form of family planning really lead to stronger relationships?

Who benefits from easy access to abortion the most? Men who want to avoid the responsibilities of providing for their pregnant girlfriend. Daniel Callahan is a pro-choice ethicist, but even he was forced to acknowledge that legal abortion has awarded men “a potent new weapon in the old business of manipulating and abandoning women.”

Surveys of post-abortive women reflect Callahan’s assessment. The Journal of American Physicians and Surgeons found 58 percent of women aborted to “make others happy,” and over 28 percent were afraid their partner would leave them if they didn’t have an abortion. Sixty-six percent of the women surveyed said: “they knew in their hearts they were making a mistake when they underwent the abortion.”

2. Abortion Was Not Always Part of the Feminist Movement

Planned Parenthood is one of the Women’s March’s most recognizable partners, but the preservation of abortion rights was not always intertwined with feminism. The original manuscript of Betty Friedan’s landmark book The Feminine Mystique did not even mention abortion. Years later, Friedan would confess she was never in favor of abortion, and motherhood was far more of a “value” to her than abortion.

So how did the women’s movement become invested in legalizing abortion?

Two men, Dr. Bernard Nathanson and Larry Lader, are the reason why feminism evolved into a fight to legalize abortion. Lader was a proponent of population control, and his lack of success when it came to promoting abortion as birth control convinced him to reach out to Friedan. He convinced Friedan to include abortion access in the National Organization for Women’s (NOW) “Bill of Rights.”

This prompted one-third of women to resign from NOW to protest the organization’s sudden support of abortion. Poll numbers do not reflect the idea that women in the 60s and 70s were waiting for access to abortion to liberate them at the time. Sexually progressive men were the group that was most likely to support unrestricted abortion.

While Planned Parenthood plays a part in convincing women that abortion has always been about women’s rights, this couldn’t be further from the truth.

3. Thousands of Women Were Not Dying From Illegal Abortions Prior to Roe

One of the common arguments from abortion advocacy groups like Planned Parenthood is that women’s safety hinges on abortion remaining legal. Otherwise, thousands of women will die from illegal abortions, just as they did before the Supreme Court forced all 50 states to alter their abortion laws dramatically.

Where does this number come from?

Though he helped Lader legalize abortion, Nathanson experienced a change of heart after seeing an unborn child on an ultrasound. Nathanson would then confess the statistics surrounding the number of illegal abortion deaths were all lies.

“It was always 5,000 to 10,000 deaths a year. I confess that I knew the figures were totally false… But in the ‘morality’ of our revolution, it was a useful figure, widely accepted, so why go out of our way to correct it with honest statistics?”

Even Dr. Christopher Tietze, a statistician who was awarded by Planned Parenthood, referred to the notion of thousands of women dying from illegal abortions as “unmitigated nonsense.” Tietze admitted the lie was meant to “raise sympathy for liberalized abortion laws” by “mak[ing] people afraid.”

When abortion was against the law, abortion providers who neglected women’s health could be prosecuted and forced to suspend their practice. Instead of protecting women, Roe enabled abortionists like Kermit Gosnell, Milan Vuitch, Jesse Ketchum, and other dangerous figures to perform legal abortions with the ethics of the back alley procedures abortion proponents claim to be protecting women from.

4. Abortion Is Not Health Care

Pregnancy is a natural function, and when a woman is able to conceive, it’s a sign that her reproductive organs are functioning as they should. To interrupt this process through abortion is not a form of health care. Planned Parenthood considers abortion to be a vital reproductive service for women. But if this were true, then why do most OB/GYNs refuse to commit abortions?

The American College of Obstetrics and Gynecology found 97 percent of its members had patients requesting an abortion from them. Still, only 14 percent of OB/GYNs were willing to actually do one. This means abortion clinics employ the vast majority of abortionists, and pregnancy termination is one of the only forms of medical care they offer women.

There is no consultation beforehand about the woman’s options, nor has the abortion been prescribed as a form of treatment. The abortionist is merely there to carry out the woman’s choice to end her pregnancy and collect his paycheck.

Perhaps the most egregious lie Planned Parenthood tells the public is that abortion does not deliberately end an innocent human being’s life. Scientifically, this is not a controversial issue. As an embryology textbook by Keith Moore correctly informs us:

“The first cell of a new and unique human life begins existence at the moment of conception (fertilization) when one living sperm from the father joins with one living ovum from the mother. It is in this manner that human life passes from one generation to another. Given the appropriate environment and genetic composition, the single cell subsequently gives rise to trillions of specialized and integrated cells that compose the structures and functions of each individual human body.”

For an organism to be considered alive, they must maintain homeostasis, be composed of cells, have a life cycle, undergo metabolism, grow and adapt to their environment, respond to stimuli, reproduce, and evolve. Since a fetus is a member of the human community, the unborn possesses all of these traits.

This covers the scientific argument, but what about the philosophical case for life? Planned Parenthood cannot escape the question of what makes human beings valuable in the first place. If being in the wrong location or having the improper level of development determines one’s right to life, then that means human dignity comes in varying degrees.

We can do better than this as a society, and it’s well past time for us to secure the rights of women, as well as their unborn children.