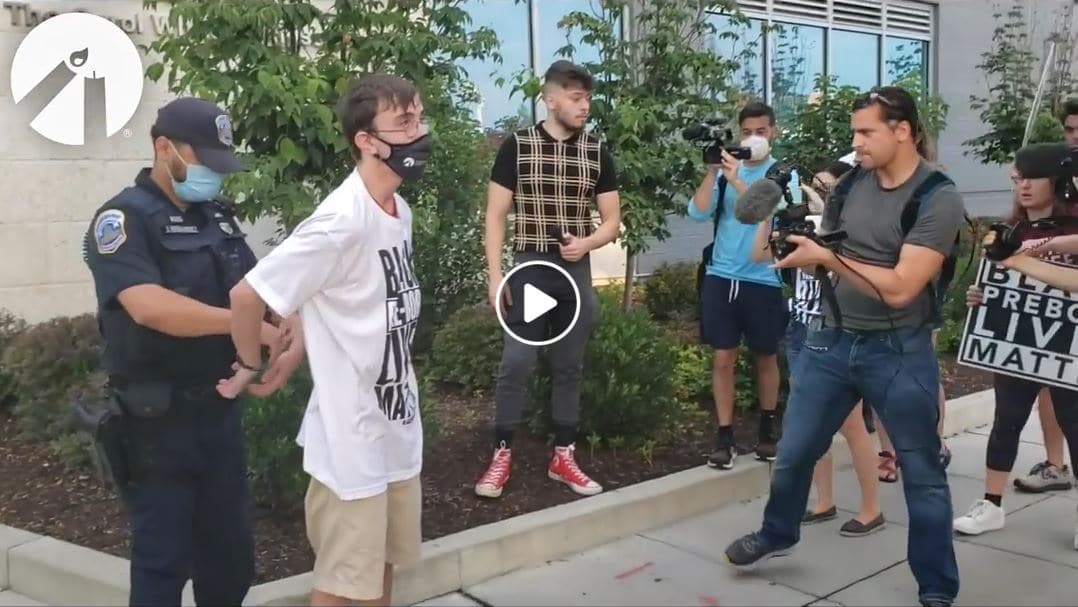 “We will no longer be silent, we will no longer politely wait for you to acknowledge our rights to free speech and expression. The next place you will see us Mayor Bowser will be in court!” said SFLA executive vice president Tina Whittington at this morning’s press conference.

Weeks ago, the D.C. chief of police confirmed that Mayor Bowser, after participating herself in painting “Black Lives Matter” on the streets of D.C. and allowing activists to write “Defund the Police!” had opened the streets of D.C. to public expression.

Taking note of this development, SFLA had applied for a permit to paint the street outside of the D.C. Planned Parenthood, even complying with the D.C. police department’s request to purchase special temporary paint. Feeling confident, SFLA team members and students arrived at 5am outside the D.C. Planned Parenthood, where 6 police cars were parked outside of the facility, and police officers said that if they painted the streets they would be arrested—even after being shown the documentation that their own department approved.

SFLA team members then asked if they could at least do what they often do outside the same Planned Parenthood—to write pro-life messages in chalk. The police then gave the same answer, that anyone who wrote on the streets would be arrested. This answer was a clear mockery of their constitutional rights to freedom of speech and expression. That’s why, without fear, a female college student  and SFLA staffer Warner DePriest would write their messages anyways. After writing a single word, they were arrested.

This is why, as Whittington proclaimed to Bowser, “We are suing you for violating our first amendment rights to free expression.”

But SFLA isn’t stopping there. Whittington  exclaimed to Bowser, “Then you’re gonna see us on billboards all across Washington DC with our message ‘Black Preborn Lives Matter,’” as part of SFLA’s new initiative to fight racism and protect the dignity of all preborn lives.

The goal of this campaign, as Whittington said, is to educate people like Bowser, who have not only “bought into the eugenic racist lies that Planned Parenthood sells and what their political contributions guarantees that what goes on here each in every day is anything but violence and racism.”

Following Whittington, representatives from several other organizations, including Reverend Dean Nelson from the Fredrick Douglass foundation and Toni McFadden with Relationships Matter.