Thousands of Pro-Choicers Attack Students for Life on TikTok 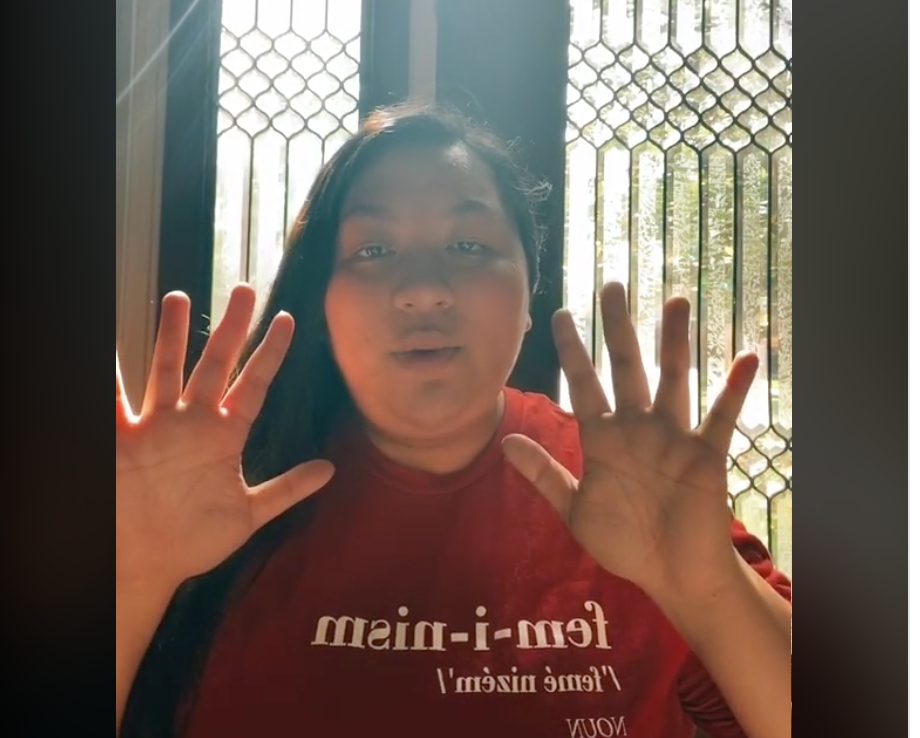 Since last November, Students for Life has used the popular social media platform, TikTok, to spread the pro-life message to a younger audience. However, in recent weeks, the account has been under attack by pro-abortion users for affirming pro-life values.

In May, SFLA posted a video with an original sound with a “put-a-finger-down if” style video where the user puts down one of their 10 fingers for various things that they have done. The SFLA pro-life spin included telling viewers to put a finger down if they’ve ever been to the March for Life or helped a pregnant mother in need. The entire sound said the following:

Put a finger down if you’re glad you were born

Put a finger down if you’re pro-life

The video received hateful comments such as “you should have lost friends for being pro-life,” “this is so embarrassing for you,” “you guys are only pro-birth, you don’t care about women,” and “you can’t be feminist and prolife,” referring to the student’s shirt. A few users even wished violence on an SFLA student, commenting “I hope you get hit by a car” and “wanna come with me to curb stomp this p.o.s.”

Additionally, TikTok allows users to reuse other accounts’ sounds. A few months after SFLA posted its original sound, a popular pro-choice influencer used the sound to mock the original video, garnering 790.9k views and 146.9k likes. Her caption read, “Wrong audio for me.”

No matter the mockery, we are glad they were born.

Troubling captions of the videos with SFLA’s sound include: “I’m not even pro my own life, what makes babies so special??,” “The reason this audio includes ‘helping pregnant women’ is to make you think that pro-life is pro-women. It’s not,”

“Im pro abortion pro murder anti child anti birth,” “#prochoice #antibaby #abort2020,” and “see that’s where the pro-lifers f***** up with their reasoning bc none of us wanna live.”

One pro-choicer even used the sound with the text “eating planned parenthood’s leftovers,” while eating red candy and holding up a coat hanger.

Due to the popularity of “trolling” the sound, there have been hundreds of hateful comments on SFLA’s other TikToks including “Like actually educate yourself, I have second hand embarrassment from literally being on the same planet as you,” “There kinda like parasites,” “kill all babies,” and “Genuinely you should’ve been aborted.”

SFLA students have even been attacked for the way they look, their skin color, and their gender.

While the account is under attack, SFLA’s students are not deterred. They will continue to post informational clips and reproduce popular trends with a life-affirming spin.

Since its creation in November, SFLA’s TikTok has amassed 5,300 followers and over one million views. You can follow SFLA’s TikTok account here.

This is a guest article by Students for Life leaders Teresa Overholser and Joshua Odutola.