Fernanda Urbina is a Students for Life Wilberforce Fellow from the University of Texas El Paso. Despite being in the process of immigrating and becoming an American citizen, Fernanda is an active leader of the Pro-Life Generation. “If you are like me and are unable to vote, don’t be discouraged. There is SO much you can do. You can do activism, rallies, and peaceful protests. It’s the little things that count. Reach out to your SFLA Regional Coordinator – they are here to help. You can brainstorm ideas as to how you can make a difference. We all have

The University of California, San Francisco (UCSF) operates and funds over 100 abortion training programs across the United States, including training for abortions committed after viability (20 weeks of gestation). Pro-Life San Francisco recently released a video titled UCSF: A Real Life American Horror Story showing how one of California’s most prestigious public universities takes abortion to all extremes.

One of UCSF’s stated goals is “to integrate abortion into mainstream medical care,” training over 2,750 currently practicing OB-GYNs in the United States. One of the most disturbing reveals of their practice is that they engage in high-profile fetal tissue experiments, using the body parts of aborted babies from various gestational ages.

These experiments often require a monthly supply of late-term aborted babies from medically induced elective abortions, elective meaning that the babies were healthy, not conceived from sexual violence, or aborted for the health of the mother. A recently canceled contract between the National Institutes of Health and UCSF required 2 babies a month for 6 years for experimentation.

These medically induced late-term abortions tread a thin line, not only because babies born after 21 weeks can survive outside the womb with medical care, but because the harvesting and experimentation UCSF is doing require that babies be delivered alive. UCSF does not use any form of feticide before delivery as it would damage the baby’s tissue quality for harvesting, and the intention is that the baby will die during delivery.  However, these labor induced abortions have a high failure rate causing many babies to survive the process and to undergo neglect or even live experimentation. This horrifying practice was confirmed by abortionist Dr. Forrest Smith when he said “No question it’s alive,” during his testimony at David Daleiden’s 2019 trial, explaining that babies must be delivered alive to properly harvest organs for research.
This means that the dismemberment for experimentation is on live babies! This reveals a whole other layer of the gruesome offenses against human dignity that abortionists will commit. Typically, a late-term abortion is induced by high-dose misoprostol and the baby’s heart is directly injected with digoxin, causing a fetal heart attack. This avoids violating partial-birth abortion bans if the baby were born alive.  However, Smith affirmed that Planned Parenthood for their infamous sale of baby body parts skip the digoxin and deliver live babies to dissect, harvest, and sell their fresh hearts.

For UCSF, their online lectures show that they train and commit late-term abortions through D&E abortion, where the baby is dismembered in the womb, or the labor induced method described above.

So not only are these babies delivered using a dangerous level of misoprostol for the mother, it literally tears live babies apart for research. It is horrifying that this practice is allowed but with Roe v. Wade and Doe v. Bolton’s unrestricted abortions ruling still in place, abortionists have virtually no limits to comply with.

That’s why last month, over 200 lawmakers had pushed for Roe v. Wade to be reconsidered in light of abortion facility violations in Louisiana overriding their health laws. However, the Supreme Court rejected this proposal on June 29, allowing the abortion industry the power to overstep safety, and state laws to kill babies.

The abortion industry continues to descend into deeper and darker realms of cruelty and utter disregard for the humanity of babies and the safety of their mothers. When abortion forms and uses hit all levels of extreme, you wonder where it will end. What will be enough for abortion supporters or the Supreme Court to recognize the outrageousness of these blatant violations of health and humanity? Planned Parenthood and UCSF may be crafty, but the truth continues to be revealed and will reach a point where it will be clear to everyone they never had anything to stand on. 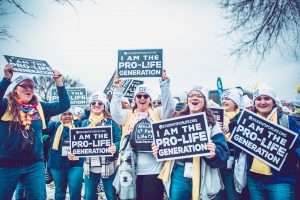