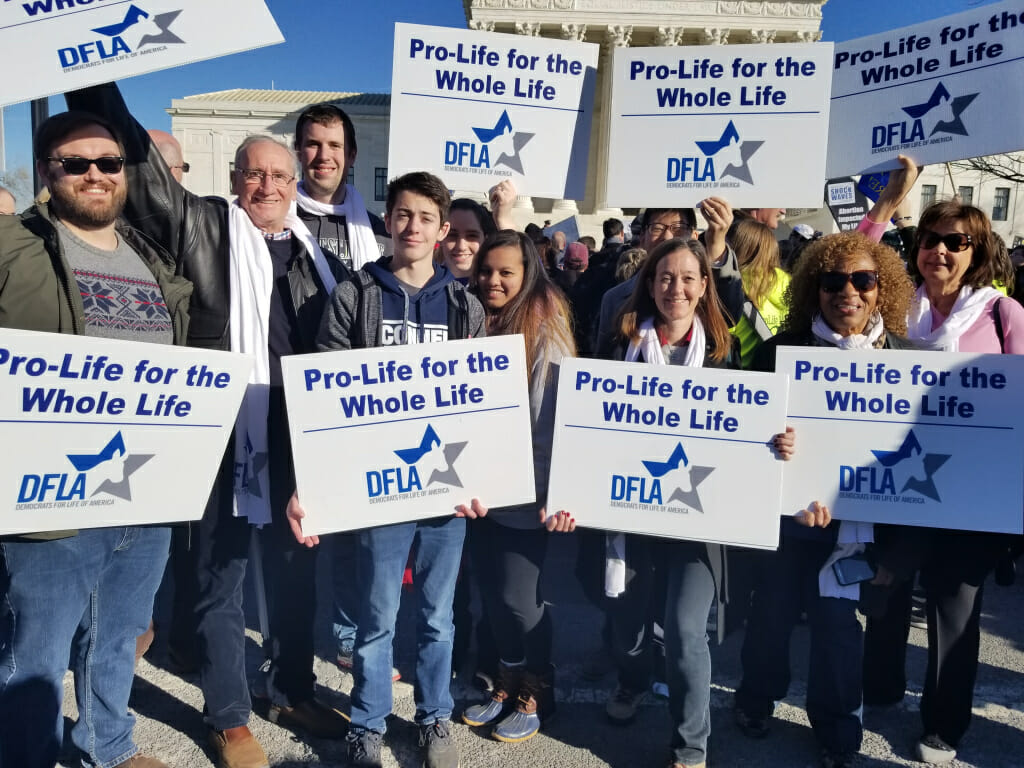 SFLA Staff - 08 Jul 2020
The Outliers of the Pro-Life Movement: Democrats for Life

Many people believe that only Republicans are pro-life, but our encounter with Democrats for Life proves that this is a myth. Democrats for Life believes in “the legal protection of unborn life and a comprehensive, bipartisan approach to reducing the number of abortions in America and around the world.”

The town hall began with Rep. DeBerry discussing how one pro-life vote resulted in him being voted out of office. As a result of voting for a heartbeat bill, despite it passing the house 65-21 with bipartisan support, the abortion industry and Tennesse’s Democratic Party sought to remove him from the ballot.

DeBerry and the countless other pro-life democrats across the country are a witness to the pro-abortion extremism of today’s democratic platform. This led Kristen Day, president of DFL, to say, “We are working on changing the platform. We have a petition and several joint letters coming soon.” According to Democrats for Life, “Kristen Day is the Executive Director of Democrats For Life of America and oversees all operations of the Washington, D.C. office.”

Due to the party’s purging of pro-life candidates, the many pro-life Democrats have diminished over the years. A litmus test over the abortion issue barred Democrats who identified as “pro-life” from running for public office. This serves as a testimony of just how the pro-abortion lobby has taken the Democratic Party hostage.

DeBerry has since decided to go against the grain because he isn’t going to compromise his values for something that he doesn’t believe in. He’d rather be someone steadfast in his beliefs than one who wavers in order to comply with the party. He believes that the parties don’t have to disagree on every issue and that you should vote based on the validity of the issue, not the party.

Looking ahead, Democrats for Life of America seeks to expand the party’s commitment to the pro-life cause and remove any roadblocks that candidates like John DeBerry have had to face. With the courageous efforts of pro-life democrats like DeBerry, we can hopefully look forward to a post-roe America within our lifetime.

After attending the town hall meeting and listening to pro-life Democratic leaders, we have confidence the Democratic platform may one day reaffirm it’s support for all human life.

This is a guest article by Students for Life leaders Felipe Avila and Teresa Overholser.