On September 7, 2021, Ms. Magazine published a piece by Carrie Baker titled “Media Repeat Junk Science Behind Abortion Ban Laws: Check the Science — There is No Heartbeat at Six Weeks.” Baker’s not-really-a-heartbeat piece followed the same general format as the many others before it: cite nothing but interviews and replace arguments with ambiguity. [Read more about this approach – “NPR interviews abortion rights activists to determine if embryos have hearts.“] In her piece, Baker explained that “there is no fetus” at six weeks, meaning at that stage we have an embryo, not a fetus. To back her claim, she

“Prioritizing U.S. taxpayer funded abortion for people worldwide as Americans at home are reeling from the fallout of a pandemics is not only inhumane, it’s a tone-deaf response to current events and incompetent abuse of needed resources,” said SFL Action’s Kristan Hawkins.

WASHINGTON D.C. (07-07-2020) – As House Democrats propose hundreds of millions in spending related to abortion in a $66 billion spending bill, as well as blocking the Trump Administration’s support of the Mexico City policy,  Students for Life Action President Kristan Hawkins reported that across the country, SFL Action team members and activists would be calling members of the House Appropriations committee to ask for the removal of the Global HER Act, introduced by Chairwoman Nita Lowey (D-N.Y.), now part of the FY21 State, Foreign Operations, and Related Programs Appropriations subcommittee bill. The subcommittee passed the bill yesterday by voice vote. The bill would block the Mexico City policy that prevents taxpayer dollars from funding programs that advocate for abortion and it also proposes multi-millions in new spending for organizations facilitating abortion.

“House Democrats should read the room; hurting Americans sheltering at home are not demanding to pay for abortions worldwide,” said Hawkins. “Schools and businesses are closed; unemployment is high, and many are looking to their leaders in Washington D.C. for help. Anyone who thinks Americans want to pay for worldwide abortion isn’t paying attention.”

Hawkins noted the irony of House Democrats demanding international funding of abortion on the day a newly release Gallup poll reports that of the 1 in 4 Americans whose vote is motivated by the abortion issue, pro-life voters are at a record high and vote in higher numbers.

“Votes like these along with the recent Supreme Court decision on abortion motivate those who know that getting the right people in place to make policy and appointments saves lives – the lives of the preborn and their mothers,” said Hawkins.

To read more from Students for Life of America President Kristan Hawkins on why voting for Life as a single issue voter is important, click here to read her op-ed in USA Today.

Students for Life Action is the 501c4 arm of Students for Life of America, the nation’s largest pro-life student organization with more than 1,225 groups on middle and high school, college and university campuses in all 50 states.

Students for Life of America is the nation’s largest, pro-life, youth organization. Headquartered in Fredericksburg, VA, SFLA serves more than 1,225 groups on college, universities and high school campuses in all 50 states. 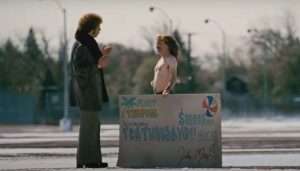