5 Quotes From Kanye West on Abortion

Rapper Kanye West’s announcement that he intends to run for president in this upcoming election cycle is not the only statement that has launched him into the public eye again. Since his recent conversion to Christianity, West has spoken out against abortion in several interviews. While it remains to be seen if this change in attitude is permanent, West’s newfound pro-life values are a welcome relief from what the “Gold Digger” star has said about abortion in the past.  “Gold diggin’ bi—-es be getting pregnant on purpose…”  Back in 2013, West’s “Yeezus” album included a song called “Blood on the

The ACLU Warns About Police Overreach, But Wants Federal Government To Shut Down Churches That Won’t Pay For Abortifacient Birth Control

The American Civil Liberties Union has a consistent record of fighting against police brutality, government spying, and other violations of civil liberties. In my opinion, their best work has been in these areas. That’s why I’ve always found their stance on religious freedom to be baffling; if your organization is committed to fighting the overreach of governmental authority and concerned about a militarized police force, how could you support giving the federal government any more power over any peaceful organization?

But logic and reason doesn’t always come easy to the ACLU, which is why they hold a bizarre position on religious freedom. For years, I’ve been tracking religious freedom issues  (the op-ed hyperlinked to is one I wrote, but because of an archiving issue, the author is listed as the staff of the Loyola Phoenix), and wrote my final M.A. paper on the issue of religious freedom in America.

The ACLU opposes the conscience rights of pro-life and religious employers and organizations. They have sued the Catholic bishops, because Catholic hospitals refuse to commit abortions. The ACLU, which as a reminder, stands for American Civil Liberties Union, believes that groups like the Little Sisters of the Poor should have to pay for abortifacient birth control.

But if they get what they want, who will enforce the order? A favorite international relations professor of mine used to say, “and then what” when any military action was proposed in a class discussion. So I ask the same to the ACLU, and then what?

The Supreme Court is currently considering a Trump administration rule that, if allowed to take effect, would authorize employers and universities to take contraception coverage out of their employees’ and student health plans based on their religious or moral beliefs.

If a federal court orders the Little Sisters of the Poor or orders Notre Dame University to pay for birth control, and they refuse, what does the ACLU propose? Do they want to add to what they say is a mass incarceration issue, by putting sisters and priests into jail? Should the Department of Health and Human Services be given a SWAT team of their own to break down the doors of the human resources office of Notre Dame and force them to add birth control to their health insurance program?

The ACLU’s answer is… non-existent. I’ve never been able to find out how they will oppose the overreach of the federal government and oppose militarized police but also have their ideal outcome enforced: that outcome being one where every single Christian and pro-life entity is forced to pay for birth control, and eventually abortion.

This morning, I e-mailed the ACLU asking for answers to these questions, I’ll update this post if I hear anything back.

“I am wondering if the ACLU has a plan for how they would enforce laws requiring that even Christian and pro-life entities pay for abortifacient birth control if the Supreme Court rules against Little Sisters of the Poor or if federal courts rule against Notre Dame? 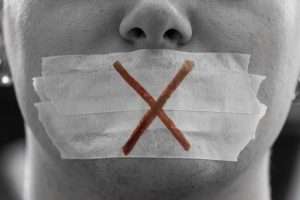 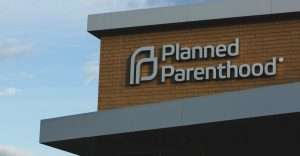