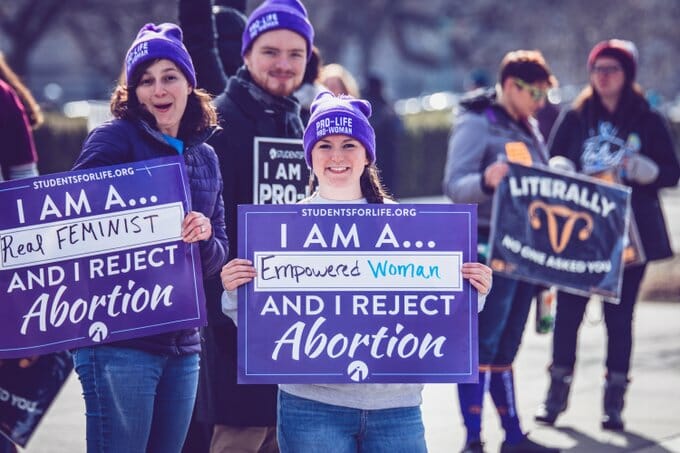 21 Attorneys General have asked the Food and Drug Administration (FDA) to help ensure dangerous RU-486 abortion drugs, which induce toilet-bowl abortions, can flood their states.  The effort to flood states with harmful abortion drugs is also being supported by Dr. Daniel Grossman, a spokesman for the abortion industry.

These drugs are unsafe, however. Additionally, since these are being distributed online, there is little chance that the women taking these drugs will be properly informed of the risks of abortion drugs. Those risks and health dangers are explained by a nurse who had taken the RU-486 drugs herself.

Furthermore, an investigation by Live Action revealed numerous dangers of the RU-486 drugs.

They reported in 2018, “At least 22 women have died after taking the abortion pill regimen, RU-486, and many others have experienced serious complications, according to updated data from the Food and Drug Administration (FDA). While abortion — and specifically, medication abortion — is sold to women as “safe,” there can be serious and life-threatening complications from the abortion pill, as noted by the pills’ manufacturer, Danco. Although Danco is required to report any death associated with Mifeprex, women experiencing complications, various factors — such as not returning to the abortion provider or not reporting use of the drug to emergency personnel — may cause these numbers to seem lower than they actually are.”

A study by researchers at Franciscan University in Steubenville found that RU-486 abortion drugs can lead to physical and mental health consequences. The 2019 study found, “Our findings strongly suggest that pregnancy termination at mid-term (first-trimester human equivalent) induces significant negative biological and behavioral changes in the rat. Additionally, such a procedure appears to be associated with a potential absence of beneficial effects of carrying a pregnancy to full-term. Moreover, our findings also appear to indicate a significant difference between induced pregnancy termination (medical abortion) and natural miscarriage. Our study, therefore, indicates the importance and necessity for further objective research into the abortion procedure, including at the physiological and neurophysiological levels. Such work may further our understanding and potentially shed some clarity into the potential biobehavioral impact of such a procedure at the level of the human person.”

You can learn more here.