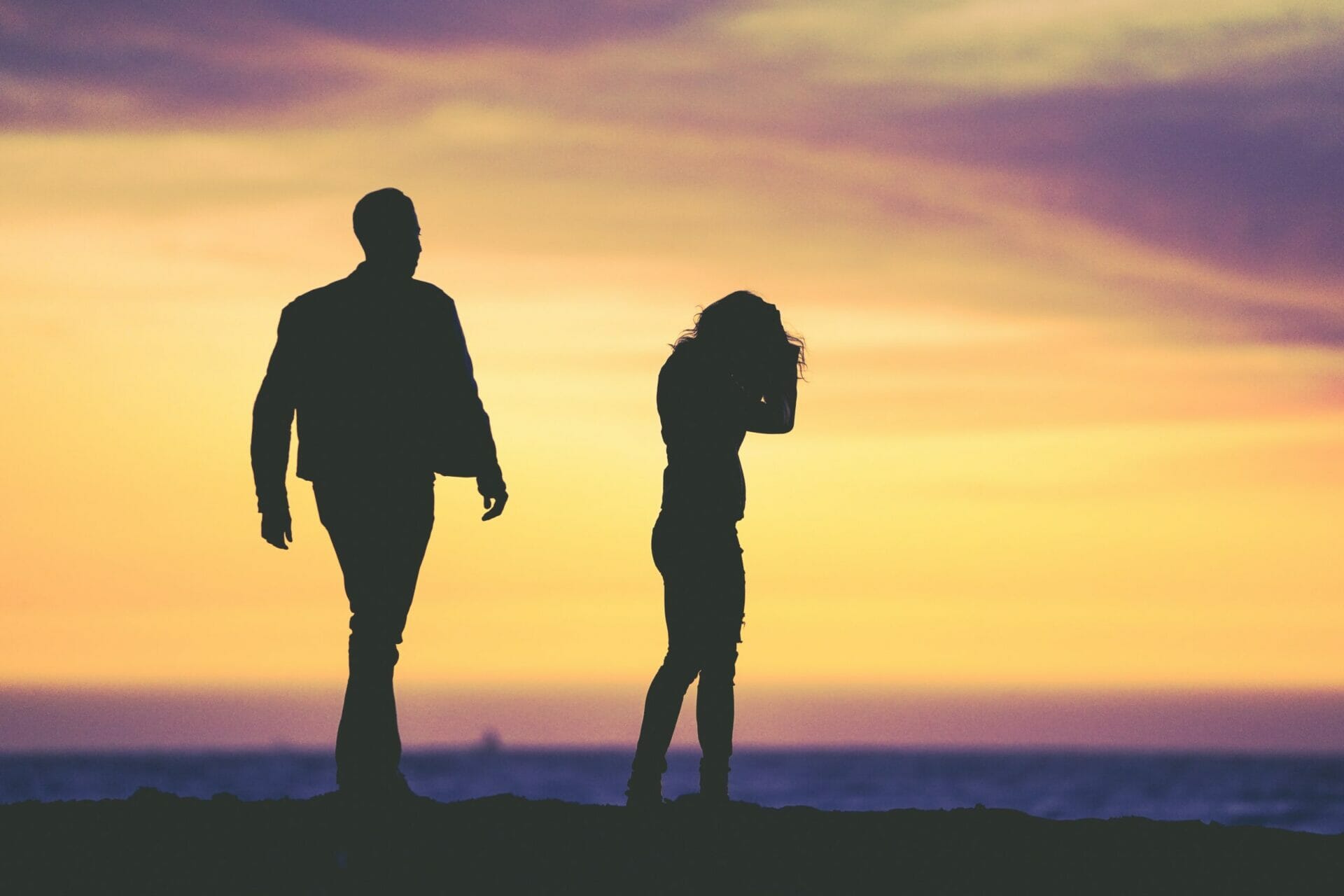 There is increasing incidence of men maliciously and covertly using mifepristone on women they have impregnated.  They do so after either unsuccessfully trying to convince women to abort or feigning enthusiasm about the pregnancy. The victims wanted to give birth and their boyfriends tried to use or used abortion drugs to kill the baby without the women’s knowledge and against their will.

This is a consequence of creating a society that devalues humanity. Abusive men who want sex without consequences think it’s acceptable to kill their preborn children without the consent of the mother. With the onset of chemical abortion & radical abortion laws, we predicted that violence against women was going to rise. Unfortunately, it’s proving true.

Women (and babies) deserve better than this.

Her boyfriend stirred abortion drugs into her smoothie.

Darshana witnessed her boyfriend Manishkumar buy a smoothie, split it into two cups and “frantically” stir one of the cups. When it was given to her, she saw a powder inside and refused to drink it, but miscarried weeks later (this was one of two miscarriages she experienced in less than a year.). Darshana sent the substance in the cup to an FDA lab, which confirmed that the drug was RU-486. When Manishkumar was interviewed, he told investigators that he “didn’t need any more babies” and “didn’t want more problems.” In October 2018, Manishkumar Patel was sentenced to 22 years in prison for attempted first-degree intentional homicide of an unborn child.

Her boyfriend conspired with another woman to order abortion drugs online with the intent to use them to kill Naomi’s unborn child.

Naomi’s boyfriend, Scott Bollig, placed an online order with a drug supplier in India for the abortion drugs and picked them up from the local post office with the intent to use them against his girlfriend and their unborn child. He was convicted of conspiring to commit intentional first-degree murder by causing Naomi to miscarry and identifying an online order for mifepristone and misoprostol as the overt act furthering the conspiracy. He was also found guilty of conspiracy to commit domestic battery.

Her married lover, a doctor, used abortion drugs to attempt to abort their child after he was unable to convince her to have an abortion.

UK doctor Edward Erin pressured Bella to abort, and though she originally agreed, she changed her mind and decided to keep the baby, saying she was still haunted by a traumatic surgical abortion six years prior. He then spiked her tea, coffee, and orange juice with crushed tablets of the abortion drugs diclofenac, misoprostol and methotrexate in an attempt to cause her to abort their child. He was unsuccessful in his efforts to induce the abortion, and Prowse gave birth to a healthy son, Ernie. In October 2009, Dr. Erin was found guilty of two charges of attempting to administer poison and received a prison sentence.

Her boyfriend, a doctor, used abortion drugs to kill their child after she refused to abort.

In May 2018, Brooke was 17 weeks pregnant and noticed a gritty substance at the bottom of her teacup. Her boyfriend of three years, a physician named Imran Sikander, had slipped mifepristone into her drink. Brooke reported that, “He didn’t want to have a baby so he tried to talk me into having an abortion…which I didn’t want to do.” She traveled from her home in New York state to Visit Imran in Arlington, Virginia, to discuss how they would raise their child. Instead, he killed their unborn baby. He was sentenced to three years in prison for fetal homicide.

Her boyfriend conspired with a pharmacist to obtain abortion drugs and successfully passed them off as antibiotics in order to cause the death of their baby.

Remee was elated about her pregnancy; her boyfriend, John Andrew Weldon, was not. They went to the clinic where Weldon’s father (an OB/GYN) worked. A few days later, Weldon told Remee that her blood tests indicated she had an infection and needed to take an antibiotic. Instead of an antibiotic, he brought her Cytotec. A pharmacist conspired with him, providing a bottle with a deceptive label indicating the contents were amoxicillin. After taking just one pill, she was taken to the hospital with abdominal pain and bleeding; she lost the baby. Remee later described how, “Every day is a nightmare for me ever since this began.” Weldon pleaded guilty to switching his girlfriend’s antibiotic with a drug known to cause abortion and was sentenced in January 2014 to 13 years in prison.

While pretending to be happy about the pregnancy, her boyfriend sought out abortion drugs to use against her and their child.

Helen thought she was in a loving relationship with a man who wanted children. Karim Habibi apparently showed delight when she first told him the news. However, he secretly visited a medical center in South Wales where he asked a nurse to give him a pill to cause the abortion of his unborn child. The nurse called the police who ensured Helen and her baby’s safety. The boyfriend later admitted his attempt to procure the drug to cause his girlfriend to abort. Helen gave birth to a son, Amin, in 2012. In 2013, Habibi was sentenced to 15 months in prison and given a 5-year restraining order.

Her boyfriend held her at gunpoint and forced her to take abortion pills to kill their child.

In California in 2019, Jagmeet Sandhu faces a first-degree murder charge for arriving at his girlfriend’s apartment with a gun and making her take an unknown pill with the intent of causing an abortion. She later miscarried at a hospital. He has been charged with six felonies including murder and assault with a firearm.

A man used abortion pills to cause six different women he had impregnated to lose their babies.

In 2019 it was reported that a Ghana man confessed on a radio show that he had secretly killed six of his own unborn children by slipping abortion drugs to his girlfriends without their knowledge. He explained that each time, he pretended to be happy before proceeding to insert the abortion pill into their vagina during sex. Each of the six women then bled and miscarried without knowing the true cause.

The father of her child manipulated her into taking abortion drugs late term.

In the UK in 2019, Isaac Lyndsay learned that the woman with whom he had a casual sexual relationship – in addition to the woman with whom he was in a relationship – was pregnant. After searching “how to convince your partner to have an abortion” and “what drugs to use to terminate a pregnancy,” he colluded with a friend, Kasam Rahman, and Rahman’s university colleague Robinraj Christy, to obtain misoprostol tablets. He brought the drugs to the woman’s home, who was more than 24 weeks pregnant, and claimed he’d been diagnosed with cancer in order to convince her to take them. He has been jailed for seven years, and his co-conspirators for three.

A man asks for advice on the internet about obtaining abortion drugs to use on his girlfriend in order to end a suspected pregnancy.

A man started a thread entitled “Whats [sic] the best way to abort the possible baby in my gf without her knowing?” on a gaming website message board. The following are excerpts from the online exchange:

Man: She’s also adopted so in case she ever does get pregnant there’s [sic] not a chance in hell she will be down with an abortion. So whats [sic] the best way to go about this? Do morning after pills work if you crush them up?

Respondent 1: If she’s within 8 weeks, you’re gonna have to find a crooked doc who can sell you the abortion pill (Mifeprex). Just slip it on [sic] her drink, or tell her it’s for her headache or something.

Man: Im [sic] looking up that pill now. Seems like the best option. How the hell do I get a script for it though going behind my girls [sic] back? Like I cant [sic] go to her doc and ask for it.

Man (later): Actually that mifepristone pill is not the way to go. Dangerous, has to be done in a medical office, and its [sic] not a one time thing.

The thread ended after the original poster reported that his girlfriend had taken a pregnancy test and it was negative.

Serving as President of her Students for Life group in college, Brenna is now Students for Life’s Digital Content Manager. Her work includes managing Students for Life’s website content, contributions to the blog, and other digital content as part of the mission to make abortion unthinkable.
Blog
Blogroll
college
Featured
high school
Med & Law
Supporters