Despite Department of Justice Finding that ERA is DEAD, Virginia Advances a 100-year-old Bad Idea 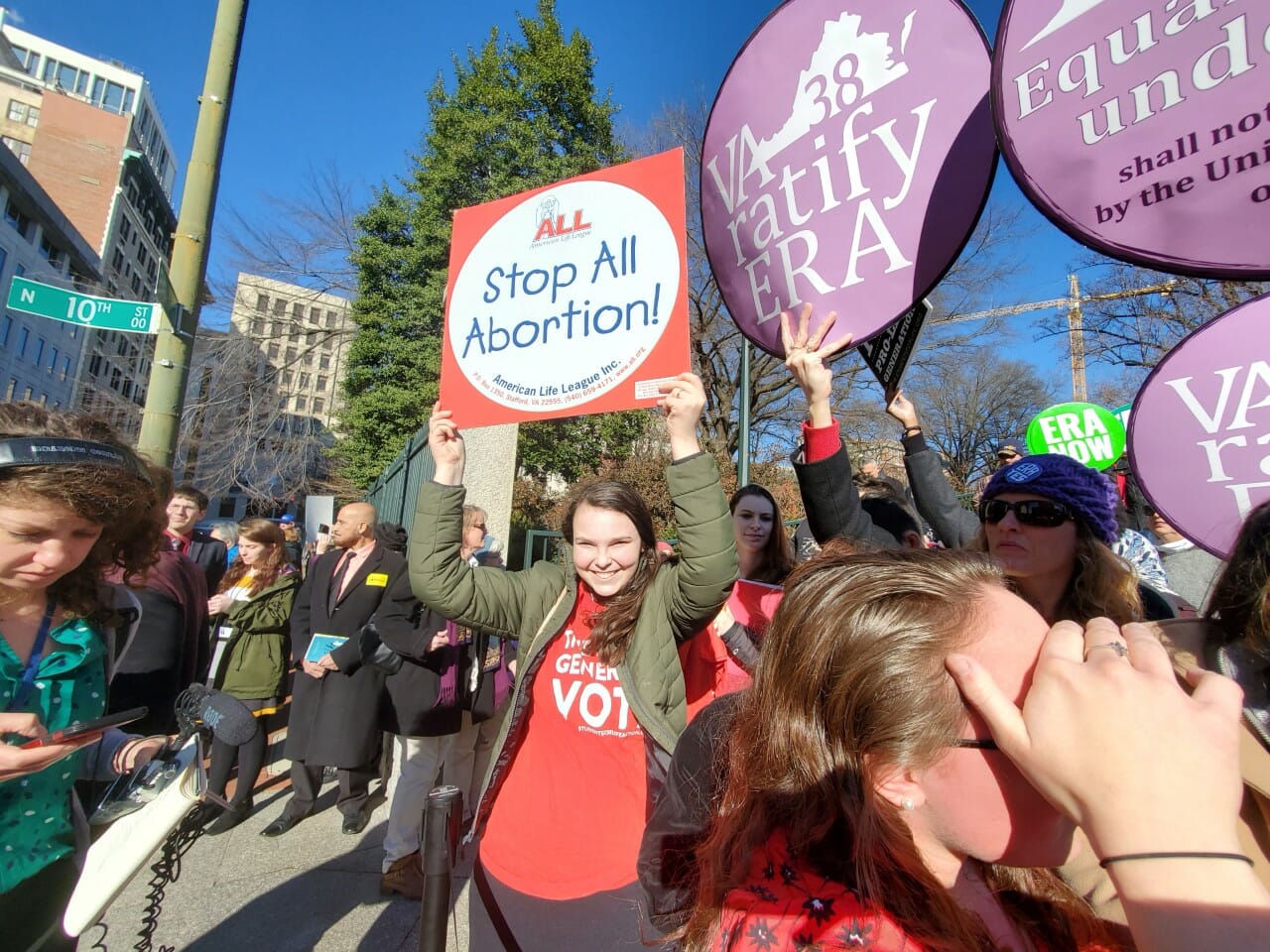 “The ERA is a Trojan Horse for Abortion pushed by the abortion lobby, but whether we need to face it in state legislatures or court, Students for Life will activate our team to oppose this,” said SFLA’s Kristan Hawkins. “The ERA will destroy a framework of laws designed to protect women’s interest to achieve something Roe never could, create an abortion hook into the Constitution.”

Bill Expected to go to Full House for a vote later today and then to the Virginia Senate.

RICHMOND, VA (01-14-2020) – Following a 13-9 Democratic-party line vote in favor of the ERA in the Virginia House Privileges and Elections Committee, Students for Life of America President Kristan Hawkins said that this 100-year-old bad idea will be met with opposition by those who support women, born and preborn. “The ERA is a lawless effort,” said Students for Life of America President Kristan Hawkins. “The advocates for ERA ignore two deadlines passed to push this forward, probably because they believe that once again abortion will find an ally in the courts. The judicial hubris of ignoring voters to push an abortion agenda is a strategy that we confront in court and in calls for legislators to use their resources to uphold the law as written. The ERA – the Everything Related to Abortion Act – has failed, but that doesn’t mean we won’t see lawyers cashing in on the on-going effort to ignore its demise.”

Las week, as reported by the Associated Press, “The Justice Department has thrown a roadblock into efforts to revive the Equal Rights Amendment, finding that an expired pair of deadlines imposed by Congress on ratification of the measure means it’s too late for additional states to ratify it now.” In a memo by Assistant Attorney General Steven Engel, the findings are that because the effort to pass the ERA failed by a 1982 deadline, current efforts to change the deadlines and cheat the system won’t allow it to be part of the Constitution.

“As Justice Ruth Bader Ginsburg has observed, the ERA could destroy legal protections for women that exist today when this idea was first proposed,” said Hawkins.

ERA specifically states that a person’s sex could not be considered in making a legal preference. With that in mind, consider the many protections designed for women that would be impacted and harmed including the Equal Pay Act of 1963; the Civil Rights Act of 1964; the Equal Employment Opportunity Act of 1972; the Federal Minimum Wage Act of 1974, and the Pregnancy Nondiscrimination Act of 1964. U.S. Supreme Court Justice Ruth Bader Ginsburg wrote in Sex Bias in the U.S. Code that the ERA will change 800 federal laws including the elimination of social security benefits for wives and widows. The financial impact on women is incalculable, and ERA will do nothing to focus attention on sexual crimes against women, as a focus on women would be discouraged.

Writing in the Washington Times, Hawkins observed: “When Roe falls, the issue of abortion will return to the states where voters finally with have a voice and a vote on life-related policy,” said Hawkins.

To learn more about SFLA’s opposition to the Everything Related to Abortion act, visit https://www.exposeera.org