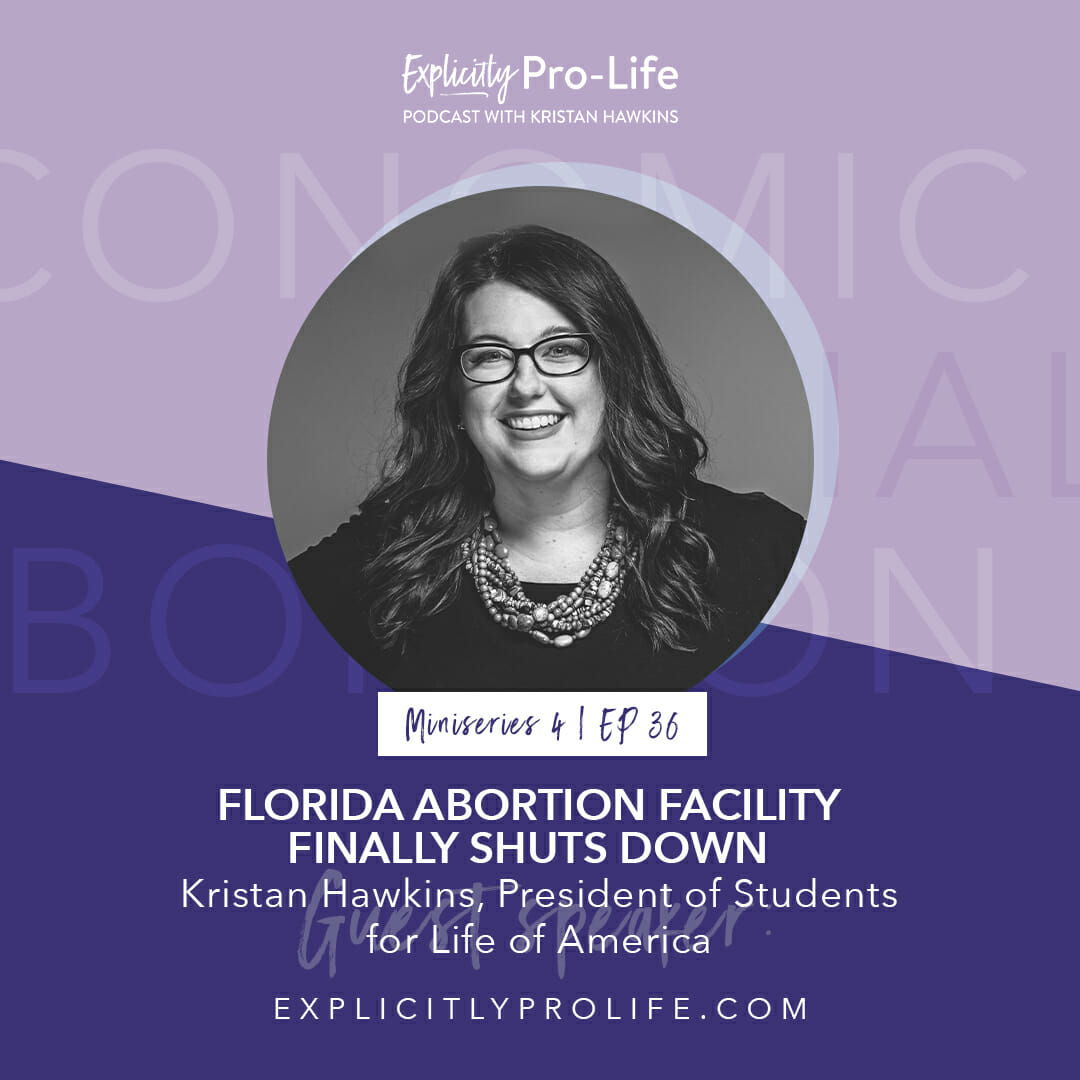 Today on  Explicitly Pro-Life, the podcast hosted by SFLA president Kristan Hawkins, Hawkins discusses the Pensacola, Florida abortion facility that was recently shut down after years of efforts by the pro-life movement.

The episode, entitled “Florida Abortion Facility Finally Shuts Down,” recounts the hard-earned win, why the dirty abortion facility finally had its doors closed, and how the pro-life movement made it happen.

The Pensacola abortion facility called “American Family Planning” (which is ironic since it specialized in destroying members of American families) was recently shut down by the Florida Agency of Health Care Administration (AHCA) as a result of multiple medical deficiencies coming to light. In the episode, Hawkins explains three of the recent hospitalizations of women that occurred following abortions at this facility—one in which a woman had to have parts of her colon removed from the damage inflicted by her abortion.

Not only is this case an example of the horrific state of abortion facilities, but this shut-down is also a victory that shows what can happen when those who care about ending abortion take action, and state agencies enforce the laws they exist to enforce.

Hawkins gives a major shoutout to the pro-life organization  Reprotection, which worked hard to bring victory in Pensacola to fruition. As the winner of Students for Life of America’s Post-Roe Generation Accelerator Program Funding last year, Reprotection is an official Post-Roe Generation Partner with SFLA and is currently working in partnership with SFLA’s Campaign for Abortion Free Cities to research and take action against dangerous abortion facilities — and obviously, it’s paying off. Hard work reaps rewards.

Tune in today to hear Hawkins talk more about how this facility was shut down and how you can further these efforts; click HERE to listen!