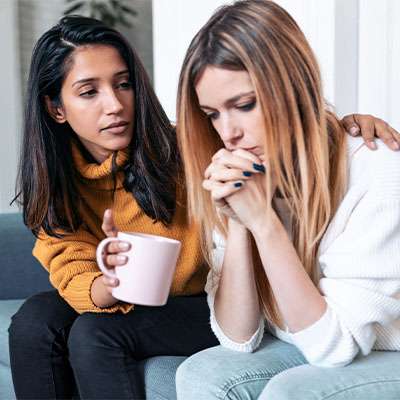 Hawkins made the following remarks:

“President Biden’s radical pick to head the FDA won today, but American women lost. The FDA used to be a respected institution that relied on science. Today, the FDA is so politically motivated they’ll put women in harm’s way just to appease the abortion lobby. The interests of Big Abortion Pharma won big as a man who worked for reduced health and safety standards for Chemical Abortion Pills is allowed to perpetuate whatever counts as ‘oversight’ at the FDA,” said Hawkins.

NEWS ON THIS NOMINATION SENT MONDAY:

Students for Life Action Calls on U.S. Senators to vote NO on Biden’s pick to head the FDA, Dr. Robert Califf

“Dr. Califf’s willingness to condone placing women at greater risk of injury, infertility, and even death from their use of Chemical Abortion Pills is evidence that he cares more about helping Corporate Abortion make reckless profits than patient safety,” said SFLA’s Kristan Hawkins. “In choosing Dr. Califf, President Biden again prioritized his political friends in the billion-dollar abortion business.”

SFLAction will score the vote on Dr. Califf’s confirmation.

WASHINGTON D.C. (02-14-2022) – Students for Life Action President Kristan Hawkins called on members of the U.S. Senate to vote NO on the confirmation of Dr. Robert Califf to head the FDA, a position he held during the Obama Administration when he oversaw the effort to reduce health and safety standards for Chemical Abortion. Califf also condoned the greatly reduced standards called REMS (Risk Evaluation and Mitigation Standards) that the FDA again gutted in December, saying that he trusted the embattled FDA. Califf has also come under fire from some Senators for his callous handling on other drug issues as well, accused of taking the side of drug companies over the needs of patients.

The New York Times notes opposition from senators like Joe Manchin: “I strongly opposed his nomination, which is an insult to those who have been impacted by the drug epidemic,” Mr. Manchin said on Twitter on the day of the panel’s vote, adding: “It’s time the F.D.A. had leadership willing to step forward to protect Americans from the drug epidemic that continues to ravage our nation. Dr. Califf is not that leader.”

Hawkins said, “Students for Life Action shares the concerns of U.S. Senators who question whether Dr. Califf will put corporate interests over patient safety, as his willingness to lower health and safety standards on Chemical Abortion Pills shows extremely poor judgment. Even the FDA acknowledgesthat women have died after taking the pills.”

In an opposition letter to the Senate, Hawkins observed: “With nearly 40% of abortions currently being committed using Chemical Abortion pills, this is a major issue that you, our representation on Capitol Hill, must not overlook. Even if you are in favor of abortion, Dr. Califf’s championing of Chemical Abortion without medical oversight – knowing the risks – proves he is motivated by political power, not the safety and wellbeing of the Americans he seeks to serve. Given the opportunity to lead the FDA once again, we fully expect Dr. Califf to continue his abuse of power and act as a radical abortion activist, disregarding the wellbeing of the American people. We strongly urge you to reject this blatantly partisan nomination. The lives of women and their children depend on it.”

Students for Life Action has been opposing the nomination, engaging in voter outreach, multiple letters and lobby days to Congress, and on-going education of Califf’s record.

Click here to read more on the impact of the FDA’s Chemical Abortion policy, endorsed by Califf.

Click here to learn more about the dangers of Chemical Abortion.

For more on SFLAction’s engagement on this nomination, click here.