This summer, the Supreme Court will hand down their decision on the Mississippi abortion case, Dobbs v. Jackson Women's Health. This decision may reverse Roe v. Wade and return to the states the right to regulate abortion. No matter what is decided, no woman stands alone. We will fight for resources, equality, and non-violent options.

In 1973, seven men usurped the will of the American people, forcing a radical abortion ruling upon our nation. Roe v. Wade and its companion case, Doe v. Bolton, allow for the killing of a human being at any point in pregnancy and for any reason, making the U.S. among the six most extreme nations when it comes to abortion policy (alongside notorious human rights violators like China and North Korea).

The devastation of Roe is the driving force behind our Spring 2022 Campus Tour: No Woman Stands Alone in a Post-Roe America. Students for Life of America has diligently worked to support women and promote non-violent pregnancy options while Roe stands and we will double down on efforts to do so after Roe is reversed. This includes... All of the 2022 Spring Tour sources are available here  and by clicking the button below. 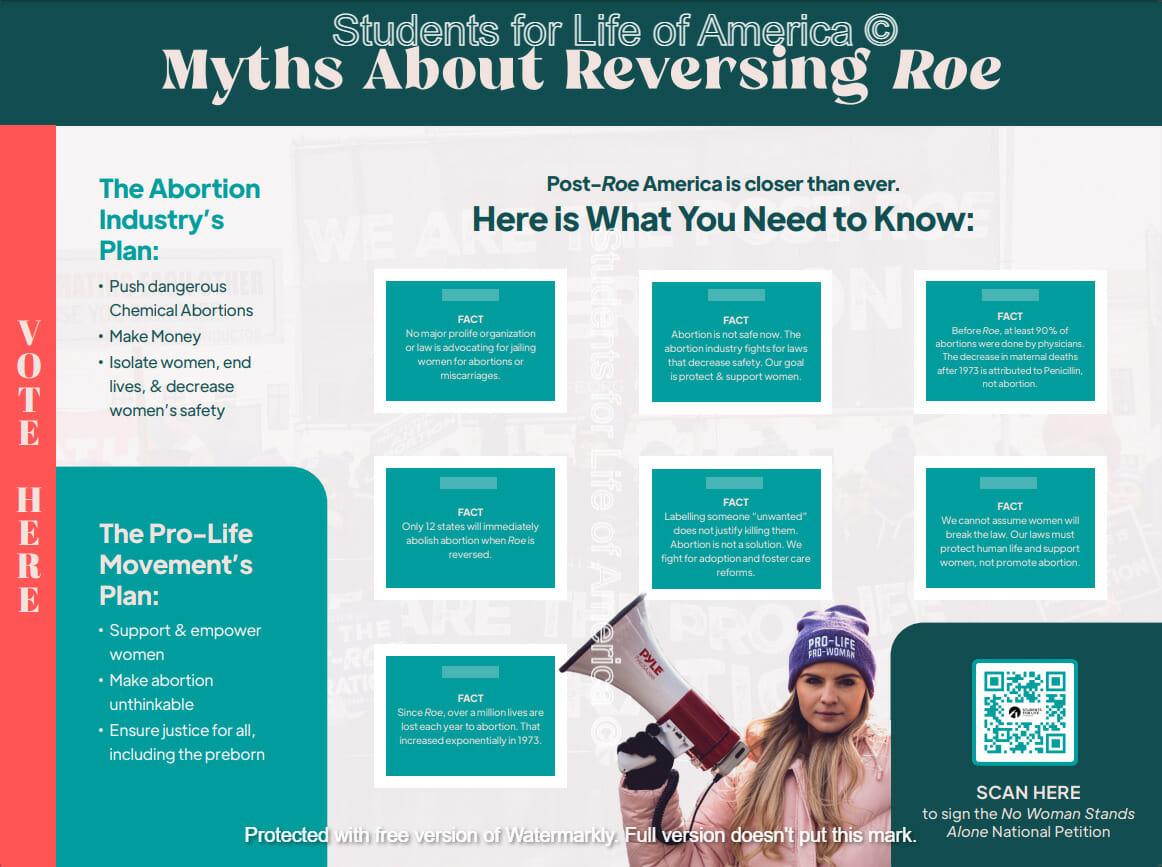