“Telling pro-life women that they aren’t welcome at the Women’s March excludes about half of us from a conversation on what women need to thrive. We will march for all women — born and preborn — invited or not, because women deserve support in their careers and in their relationships. We don’t have to pick just one,” said SFLA’s Kristan Hawkins.  Washington D.C. (09-28-21)— Students for Life of America will counter the Women’s Marches in 24 cities nationwide this Saturday, October 2nd. “Making the Women’s March a hostile place for pro-life women shows that the purpose of this march isn’t about supporting women,” said Students

New Planned Parenthood Opens Up; One Week Later, They Injure A Woman

During the last few months, Students for Life has been heavily rallying and otherwise pushing against the dangerous St. Louis Planned Parenthood that has had 74 confirmed medical emergencies in the last 10 years. After failing their health inspection recently, a pro-abortion judge allowed them to continue aborting babies with no medical license.

This is when we found out that Planned Parenthood was building a secret mega-abortion facility just over the state line in Illinois – where they knew they’d be treated like kings. They’ve only been doing surgical abortions there for ONE WEEK. And they’ve already had to call an ambulance.

Sidewalk counselors were surprised to see a police car pull into the abortion facility; an ambulance siren less than a minute behind, pulling in and around the building. The woman they were called to help appeared to be conscious, but in major distress and very pale, to those watching.

I am sad to have to share this news, but I am in no way surprised.

While the public was told that this new facility would be better and safer for women, those performing abortions in Fairview Heights don’t have to be regulated, or even doctors.  This facility was built to avoid the health and safety measures in place in Missouri. The horrible consequence is not just the deaths of possibly 11,000 children next year, but women who continue to be hurt by the very same Planned Parenthood staff who work in St. Louis.

This facility has been open less than 2 months, and already an ambulance has been called to rescue a woman. How many more women will be hurt? 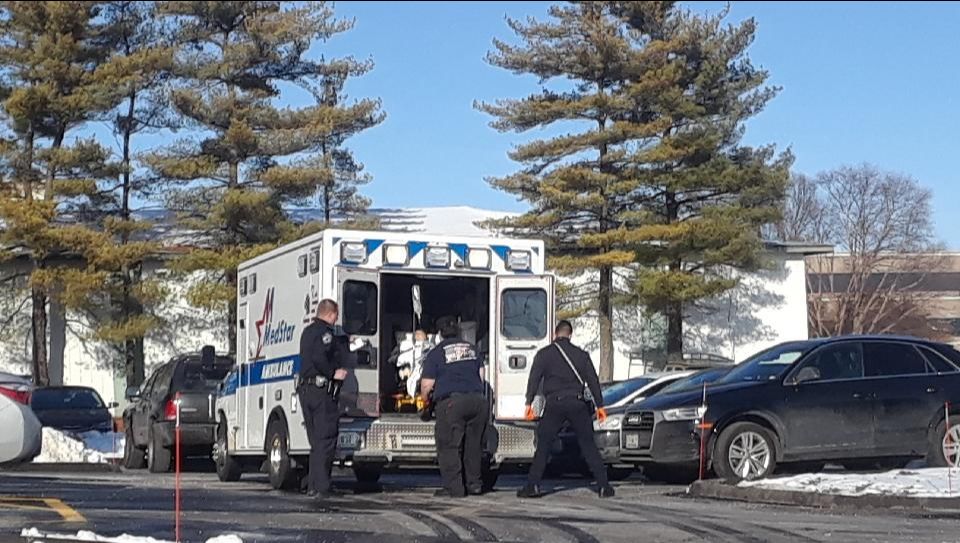 Please pray for this woman and for all the women who head into the abortion facility, thinking they have no choice.

This evening, please say an extra prayer for this woman and all the women who are pregnant and afraid that abortion is their only choice.

We Aren’t Surprised, Either

Students for Life rallied at this facility near the time of its “grand opening.” Over 400 people showed up to protest. Students for Life Western Regional Director, Reagan Barklage, shared the following:

SFLA to Counter Women’s Marches; Though Uninvited, Pro-Life Women Will Not Be Silent
Read more +
We Knocked on an Abortionist’s Door!
Read more +
“I Eat Fetuses” And Other Things Pro-Choice College Students Say to Us
Read more +