After Students for Life of America’s attorneys at the Thomas More Society sent a demand letter to school administers at Gretna High School demanding that the Students for Life group at the school be treated equally and given the same access as other student clubs, the school changed their policies to reflect equal access among all groups by demoting nearly all other clubs, revoking the access rights that previously only Dragons for Life had been denied.

“Even though Gretna High School determined that their policy was indeed discriminatory and reversed course, granting equal treatment to all clubs, they chose possibly the most inconsiderate and inconvenient route by taking away the privileges of nearly all clubs to meet during school hours,” said Kristan Hawkins, president of Students for Life of America. “Sure, the clubs all have equal treatment now, but instead of granting equal privileges to pro-life speech, the school deemed it too threatening and instead took away access from all students. We are certainly proud of Bridget and her courage to draw rightful attention to the violation of free speech rights of the pro-life students at her school and wish her school administration had chosen a better outcome.”

The attorney’s for Gretna High School responded to the Thomas More Society demand letter by the deadline and presented their revised policy, which offers equal treatment to all student clubs, but simultaneously ejects all those student clubs from meeting during “long homeroom” as they had consistently been permitted to do. They have altered their school handbook to reflect the new policy.

“We are pleased that Gretna Public Schools has improved their policy and acknowledged that all student clubs, regardless of their political, religious, or philosophical message, deserve fair, even-handed treatment by the school administration,” said Jocelyn Floyd, Special Counsel with the Thomas More Society.  “We remain concerned, however, by the portions of club activities and access that remain subject to administrative approval, without any guidelines to ensure that the administration isn’t unjustly influenced by concerns over ‘controversy’ or ‘separation of church and state.’  We hope that Gretna High School remains dedicated to equality and fairness as it applies this new policy going forward.”

Bridget Christensen, a junior at Gretna High School who serves as co-president of Dragons for Life, is looking forward to growing her pro-life group and educating her peers about abortion this school year.

“I’m glad that the school administration recognizes that they weren’t treating Dragons for Life equally,” said Christensen.  “Their decision to create a policy that prevents Dragons for Life and other clubs from meeting during school hours is not what we had hoped for. However, we are ready to move forward and work together to promote the value of human life and inspire our fellow students in this very relevant issue.” 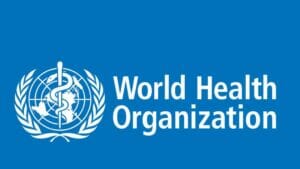