The Texas abortion study on maternal mortality has several holes

Maternal mortality rates are up in Texas, and according to abortion advocates, it’s the fault of pro-lifers who slashed family planning budgets. Before getting swept away in the current of modern liberal thought and reasoning (or lack thereof), there are several key points about this study by Marian F MacDorman and colleagues. and about the coverage their study has received.

for a given time interval by the number of live births occurring in the same population at that time.

Maternal morality ratios give an idea of the risk of death once a woman becomes pregnant, which can then lead to determining the quality of the healthcare system that the woman is in.

The maternal mortality rate is calculated by dividing the average annual maternal deaths in a population by the average number of women of reproductive age who are alive during the specified time interval in that population. As a result, the maternal mortality rate also factors in the fertility of the population, and both direct and indirect causes of death for a pregnant woman (for instance, pre-existing medical conditions).

Another major issue, as the authors acknowledge, is that the United States has not reported national maternal mortality data since 2007. Part of the problem is that before 2000, there was very little standardization for reporting the cause of death on death certificates. Between 2000 and 2014, most states gradually adopted a revised death certificate which included a pregnancy status question. During this time, as some states changed over sooner than others, maternal death data were confusing at best, making national calculations increasingly difficult to perform. What MacDorman and colleagues thus attempt to do is to take state-by-state maternal mortality data and create their own adjustments in order to facilitate comparisons over that time period.

This is where Texas comes in to play. When the authors analyzed their data, Texas stood out like a sore thumb. Specifically, the authors found that while Texas tracked similarly with the national maternal mortality data between 2000-2010, the calculated data after 2010 showed a doubling in adjusted maternal mortality rates. In their discussion, the authors then speculated as to what could be driving the changes they calculated, and they mentioned that Texas did have “some changes in the provisions of women’s health services” between 2011-2015.

Here the authors reference two sources, both of which are quite problematic in and of themselves. One is a New York Times article covering the Supreme Court’s hearing of oral arguments on this year’s Texas abortion case. By citing this article, perhaps the authors are implying potential restrictions to abortion access, although it ought to be noted that the Supreme Court struck down the intended law before it went into effect, so no restrictions were actually put into place. Therefore the purported changes to women’s health services were not due to changes in access to abortion in Texas during this time interval.

The second reference is a study by Amanda Stevenson and colleagues, and it evaluates changes in Planned Parenthood in Texas after state-wide cuts in funding for family planning services. Texas slashed its general state funding for family planning services by 66% in 2011, but Planned Parenthood was not the organization most negatively affected by this cut. Two-thirds of the clinics that closed after these funding cuts in fact were not affiliated with Planned Parenthood. Furthermore, Texas provided transition funding through 2012, which means that the cuts only kicked in during fiscal year 2013.

What’s truly remarkable is that the MacDorman study cited this as evidence of changes that could have contributed to the maternal mortality doubling of 2011, even though the changes wouldn’t have gone into effect until 2013, at which point their calculated maternal mortality in Texas has begun to go down again.

Even aside from all of these issues, there’s still one more obvious problem. According to the Houston Department of Health and Human Services, “from 2001 through 2006, the MMRatio for Texas was higher than that of the United States.” Which means that Texas was already aware that it had this problem, and it was a problem well before any changes were made to any kind of purported changes to access of family planning services. Also, between 2005-2006, Texas Planned Parenthood’s budget was cut by 31.2%, causing some closings of clinics – and according to the Macdorman article, during that time and the four subsequent years, there were no increases in maternal mortality (in fact some slight decreases).

There’s more that could be said about this article, but the bottom line is that while political ideology is getting busy misrepresenting facts, women in the United States are losing. It’s time for us as a nation to get our act together. We need to collect uniform data about maternal mortality so we can know where we actually stand, and then we need to mobilize to decrease our MMRatios – in Texas, and also from sea to shining sea. 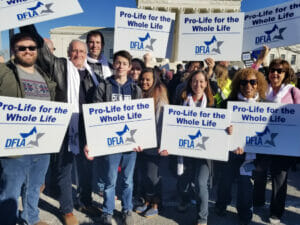 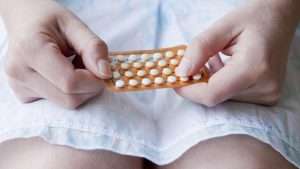