Here is a testimony to the power of the Planned Parenthood Project (#PPProject) from Sierra McClain from Lane Community College. She helped out with the University of Oregon #PProject display.

A few conversations were particularly unforgettable for me. I had the opportunity to dialogue with one young man for over an hour. Coming into the conversation, he was ardently pro-abortion, but he left our discussion saying he had to “seriously reconsider [his] beliefs.” One young lady, who regularly donates to and volunteers for Planned Parenthood, was literally shocked when I shared the facts with her. Though incredulous and almost angry at first, she left the conversation deeply shaken, saying she could no longer support an organization that “masquerades as a hero.” Another young lady, a college freshman, thanked me wholeheartedly after we had a conversation. Commending us for our courage, she said that she had never had her views on abortion challenged before, and that she would never see abortion or Planned Parenthood the same way again. Finally, I approached one of the pro-abortion counter-protesters, and had a great conversation with him. Although we come from different worldviews and he didn’t change his mind, seeds of truth were planted in his heart and gained a respect for our group as we served the campus as a peaceful, compassionate, and loving presence of truth.

Overall, the Planned Parenthood project was enormously impactful, and we are all looking forward to the next time it comes through Oregon again.

Stories like these are the reason why Students for Life of America started the #PPProject. It is our hope that every student that sees the display has a change of heart about Planned Parenthood and abortion. 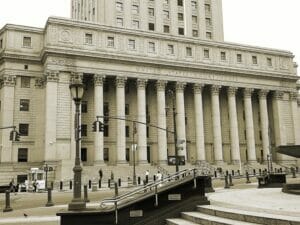