Gone But Not Forgotten

UPDATE TO: Pro-Life Groups Find Themselves Victims of an IRS Scandal

Earlier this year, we wrote about the Congressional investigations being conducted following revelations of a massive IRS scandal of intentional discrimination against pro-life nonprofit organizations to fulfill expressly political motivations.  High-ranking IRS officers appear to have sought to hamper pro-life group’s effectiveness by slow walking the group’s applications for nonprofit status and subjecting them to undue excessive reporting burdens.

As Fox News and others reported in May:

“When a small anti-abortion group in Iowa sought nonprofit status, the Internal Revenue Service asked its board to promise not to organize protests outside Planned Parenthood and demanded to know how its prayer meetings and protest signs were educational. An IRS employee identifying herself as “Ms. Richards” from the Cincinnati office responded in April 2009 that she needed more information about its events, including all “advertisements, schedules, syllabuses, handouts, a summary of each person’s speech” and more, records show.”

Earlier this week, the embattled head of the IRS, Lois Lerner, announced her resignation.  Reports yesterday indicated Lerner has actually been on “paid administrative leave” since May of this year, shortly after Lerner first mentioned the targeting at a tax law conference.

Information verifying both the targeting, and implicating additional high-ranking officials has continued to trickle out since then.

Some members of Congress have indicated their intentions to continue investigation until all apparent improprieties are answered for.  Fox News reports:

“Just because Lois Lerner is retiring from the IRS does not mean the investigation is over. Far from it.  In fact, there are many serious unanswered questions that must be addressed so we can get to the truth,” Sen. Orrin Hatch, R-Utah, top Republican on the Senate Finance Committee, said in a written statement.

Rep. Darrell Issa, R-Calif., chairman of the House Oversight and Government Reform Committee, said: “Lois Lerner’s exit from the IRS does not alter the Oversight Committee’s interest in understanding why applicants for tax exempt status were targeted and inappropriately treated because of their political beliefs.”

Lerner may be gone, but this scandal and intentional blocking of pro-life nonprofit applications by high-ranking officials is not forgotten.  Fundamental change of this agency must be brought about to ensure government tax officials will never again be able to discriminate against those hold the value of even the smallest human life in high regard. 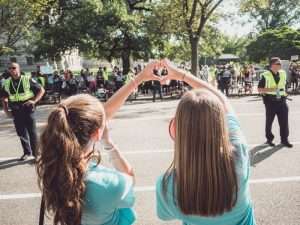