Pro-lifers are constantly in the crossfire of abortion as the issue extends far beyond violence at Planned Parenthood facilities. Most are also aware that the cells of aborted babies are often used to create vaccines. While vaccines are of course a human good and help prevent suffering, the use of aborted cells is not necessary to create them, and the end does not justify the means. Fortunately, the FDA is currently on a roll with not succumbing to the abortion lobby’s bullying. Not only did they recently refuse to remove safety regulations from chemical abortion pills (at the behest

TOPEKA, Kan. — A Kansas doctor is likely to face a lengthy court battle in trying to regain her medical license after state regulators sanctioned her over referrals of young patients to Dr. George Tiller for late-term abortions, her attorney said Thursday.

Kelly Kauffman, a Topeka attorney who represents Dr. Ann Kristin Neuhaus, said Kansas courts probably will take two years or longer to settle Neuhaus’ challenge of a State Board of Healing Arts order revoking her license. Neuhaus rejects the board’s finding that she didn’t perform adequate mental health exams on 11 patients, aged 10 to 18, before referring them in 2003 to Tiller’s clinic in Wichita.

Tiller was one of a few U.S. physicians known to perform abortions in the final weeks of pregnancy, and he was shot to death in May 2009 by a man professing strong anti-abortion views. Neuhaus provided second medical opinions required by Kansas law for the late-term abortions to go forward.

The board in June ratified an administrative judge’s earlier findings against Neuhaus and revoked her license in early July. Neuhaus filed a petition seeking to have the board’s decision overturned last month in Shawnee County District Court, where a first hearing is set for Nov. 2.

Kauffman said she expects any district court ruling to be appealed, adding that the prospects of a lengthy legal battle are frustrating for Neuhaus.

“In the meantime, she’s still stuck with a license that’s in a stalemate,” Kauffman said.

In June, the board accepted the administrative judge’s conclusion that Neuhaus’ records didn’t contain the information necessary to show that she did thorough exams and patients’ care was “seriously jeopardized.” Kelli Stevens, the board’s general counsel, said its members reviewed the evidence supporting the judge’s conclusions.

“They believed his decision-making was sound and appropriate,” Stevens said Thursday in a statement.

The board also ordered Neuhaus to cover nearly $93,000 in costs associated with her case, although it said it won’t require her to pay until the court battle over her license ends.

Neuhaus, who is from Nortonville, a small town about 30 miles north of Lawrence, had an inactive medical license that allowed her to provide limited charity care but had asked the board to reinstate her to a full, active license.

The case examined how Neuhaus concluded that each of the 11 patients had serious mental health issues and that an abortion was advisable. The law required Tiller to obtain an independent second opinion that a patient faced significant and permanent harm if the pregnancy continued. Neuhaus provided such assessments for Tiller from 1999 to 2006.

Neuhaus’ reports for him on the 11 patients, compiled with a “PsychManager Lite” computer program, were five pages or less. The administrative judge concluded that Neuhaus assigned whatever diagnosis “the computer gave” after she “answered yes/no questions” using the program.

Neuhaus strongly disputes the judge’s characterization of how she used the program. She also said she didn’t put more information about the patients in her records to protect their privacy should information from the documents fall into abortion opponents’ hands.

Kauffman said the administrative judge also improperly concluded that what he saw as inadequate record-keeping meant that Neuhaus’ care wasn’t adequate. Neuhaus’ petition calls the revocation of her license “unreasonable, arbitrary and capricious.”

The case is Ann K. Neuhaus v. Kansas State Board of Healing Arts, No. 12C873 in Shawnee County District Court. 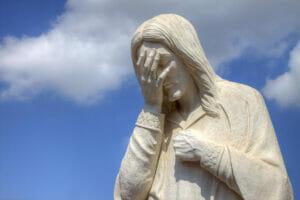